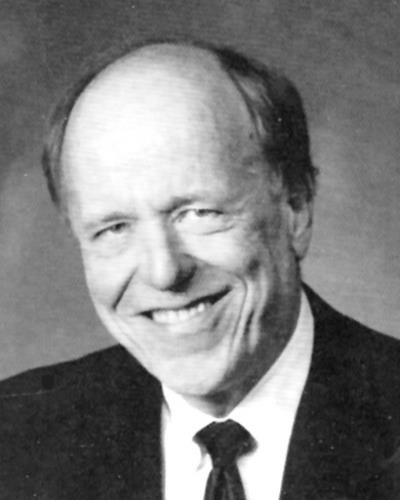 BORN
1929
DIED
2020
FUNERAL HOME
City View Memoriam
1001 11th Avenue
Salt Lake City, UT
Philip R. Dykstra
1929 ~ 2020
Philip R. Dykstra died in Salt Lake City on June 24, 2020, of natural causes. He was 91 years of age. Phil was born in Corvallis, Oregon, on May 12, 1929, the second of three children of Theodore Peter Dykstra and Myrtle Marie Rouse. Phil and his older brother, Ted, and younger sister, Janet, grew up in Corvallis in Beltsville, Maryland. Phil graduated from high school in Maryland at the age of 16. At age 19, Phil received his B.S. Degree in Chemical Engineering from Louisiana State University, where he was elected to Tau Beta Pi in recognition of his high academic standing. He later completed his Master's degree in 1950 at L.S.U. and then began doctoral studies at Iowa State University.
Phil had a long management career at Thiokol Corporation in Brigham City, Utah. Beginning as Program Manager for the MX (Peacekeeper) missile in 1957, he became General Manager of Thiokol's Strategic Plant in 1985. At that time, Thiokol was the largest manufacturer of solid rocket motors in the country, employing 7,000 at its northern Utah facility. Phil retired in 1993 as Vice-President over Strategic Planning for Space Shuttle activities.
Phil is survived by his wife, Nancy, his seven children and two stepchildren. His children are Joni Dykstra, Robert Dykstra (Elaine), Ann Dykstra, John Dykstra, Mark Dykstra (Janene), Mary Feten (David), and Karen Dykstra. His stepchildren are Ann Davis (Darren) and Jeanette Carpenter. He also is survived by 13 grandchildren and 3 great grandchildren. Phil's brother, Ted, and his sister, Janet, preceded him in death. He also is survived by a younger half-sister, Mary Ann Dykstra Diel. While pursuing his doctorate at Iowa State, Phil was hired by Wright-Patterson Air Force Base in Dayton, Ohio, to develop a low-cost rocket JATO motor.
He later was drafted into the Army for two years and sent to Redstone Arsenal in Huntsville, Alabama, where he was assigned to the Guided Missile Development Group. In this position, he worked with V2 German engineers who were brought to the United States after World War II. His German co-workers included the prominent scientist Werner Von Braun. Later, working as a civil servant with the Army Ballistic Missile Agency in Dayton, Phil was Program Manager for development of large solid-rocket motor technologies.
In 1953, Phil married Martha Hierhelzer in Celina, Ohio, and the couple resided in Huntsville, Alabama, until the end of Phil's army and civil service.
In 1958, Phil started a long management career at Thiokol Corporation in Brigham City, Utah, where he had a significant role in attracting defense business to Utah. Beginning as Program Manager for the Minuteman Missile, he then became the Air Force Programs Manager, and eventually was promoted to Vice-President and General Manager of Thiokol's Strategic Plant in 1985. At that time, Thiokol was the largest manufacturer of solid-rocket motors in the
country. Phil retired in 1993 as Vice-President over Strategic Planning.
Phil was a devoted father to his seven children. He was an avid hiker, camper, backpacker,
and skier. The children have memories of summer vacations, when they would load a station wagon with foot lockers of food, clothes, tents, and sleeping bags. Camping trips would take them to the Tetons every summer and to other mountain sites in the West and in Canada. In the winter, the family would go skiing. The children learned to ski at nearby Beaver Mountain, and they remember how their father would help them lace up their ski boots. Memorable family ski trips were made to Park City and Targhee. Phil also encouraged his children to pursue higher education, by providing learning opportunities for them and by being himself an example of the importance of education.
Phil married Nancy (nee Heal) in Salt Lake City in 1990. They resided in Brigham City and Salt Lake City for the following 30 Years. He and Nancy shared interests in books and travel. They enjoyed hiking and backpacking in Utah, traveled extensively in the United States, South America, Canada, Europe, Asia, Russia, New Zealand, and the Far East. Phil and Nancy trekked in the Himalayas (Bhutan), hiked in Peru, bicycled in the Netherlands, cruised in the Caribbean, visited gardens in Japan, hiked the Milford Track in New Zealand, and visited historical sites In Russia. They immersed themselves in the backgrounds and cultures of all countries that they visited. Phil was considered an intellectual by all who knew him. He read widely in history, current events, politics, and science. He was recognized for his writing skills, which not only contributed to his success in preparing proposals but also enabled him to communicate effectively with defense organizations as well as with the Utah's government and business communities. He wrote extensively about his early life, travel, and family accomplishments, often interjecting humor in his reminiscences. Included among his papers is an account of his father's WWII war-time activities in China as described in letters sent home to family members. Phil's father, Dr. Theodore Dykstra, represented the United States as an agricultural specialist assigned to assist the Chinese in wartime crop cultivation. Phil's writings and his father's letters are now contained in the Harvard College Library.
Phil will be interred at City View Mortuary in Salt Lake City. A memorial service will take place later in the year, at a time when family and friends can gather safely. Announcement will be made in local newspapers. 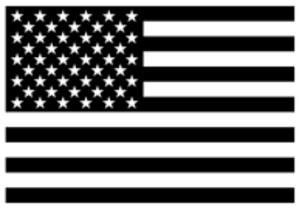 To plant trees in memory, please visit our Sympathy Store.
Published by Deseret News from Jun. 27 to Jul. 1, 2020.
MEMORIAL EVENTS
No memorial events are currently scheduled.
To offer your sympathy during this difficult time, you can now have memorial trees planted in a National Forest in memory of your loved one.
Funeral services provided by:
City View Memoriam
MAKE A DONATION
MEMORIES & CONDOLENCES
Sponsored by City View Memoriam.
6 Entries
Dear Dykstra Siblings,

I just saw your father's obituary in the paper and wanted to express my condolences. It has been a long time since our teenage years in Brigham City. I have good memories of basketball in your driveway, ping pong in the basement and ski trips to Beaver Mountain.

My sincere sympathy at this tender time,

Farrell Skidmore
Farrell Skidmore
Friend
June 30, 2020
Sending my condolences to Nancy and her family. Your husband was an amazing man and I am impressed with the life you enjoyed together. I am looking forward to contacting you for a visit in the near future.
LeiMomi Young Sampson
Friend
June 30, 2020
So sorry for your loss. The von der Esch family and the Dykstra family had alot of good times in Brigham City. Hiking in the mountains up from our homes, camping all over the West and learning to ski at Beaver Mountain. All were impressed with his brilliance, kindness and love of his family. Leigh von der Esch
LEIGH VON DER ESCH
Friend
June 30, 2020
I am so very sorry for your loss. He leaves an astounding legacy of knowledge, leadership and kindness which will long be remembered and cherished Thank you for sharing this great man.
Sondra Rollins
Friend
June 28, 2020
To all the Dykstra children-I am so sorry to hear of your Dads passing.
My thoughts are with you and I hope your memories will ease the sorrow. I know our parents knew each other in Huntsville but I met your family when we all arrived in Utah. We were all far from any relatives and you became like family in those early Brigham City days. I have so many great memories of times together. I remember weekend hikes with our fathers before most of you would have been old enough to come along. And I remember all the deep conversations they would have over history and politics. They were true intellectuals. Love Beth
Beth McDermott Lee
Friend
June 28, 2020
Karen, and all your brothers and sisters. I would like to send my deepest condolences to you all in this time of need! God Bless you all and may your dad RIP! ❤
Jessica Girard
Friend
June 27, 2020
Showing 1 - 6 of 6 results