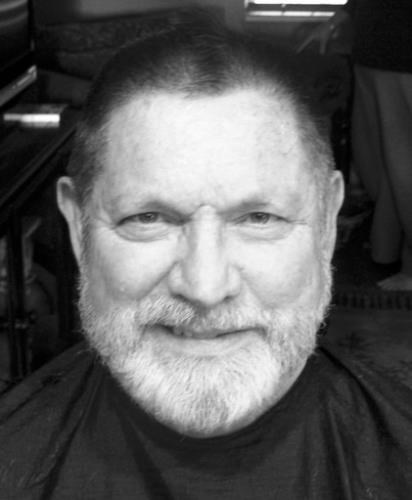 BORN
1946
DIED
2019
1946 ~ 2019
Richard Harvey Alexander, also known as Dick, Alex, Grandpa, Dad, and Shorty Pants, passed away peacefully in his home on January 23, 2019, with his sweetheart, Cynthia, by his side. He was born on November 20, 1946 to Claude and Donna Alexander. Soon after, he became a medical miracle and fought hard to beat the odds after having one of his lungs removed when he was just 7 years old. He was an amazing storyteller and loved to share his favorite childhood memories including lots of baseball, hunting with his dad and brothers, fishing at the Strawberry cabin, sneaking off to buy ice cream and so many more. He learned early on the value of friendship and spent the rest of his life nourishing his connections with others.
Dick earned a business management degree from the University of Utah and has been a die-hard UTES fan ever since. His professional career included many years in hospital administration but his favorite jobs were serving as Director of the Utah Golf Association and later, for the Salt Lake City golf courses. His three children developed a love for golf after many years of shadowing Dick while he served as the Director of the Utah Open. Above all else though, Dick cherished his children… Sis, B-man, and Kimmi.
After he retired, Dick enjoyed every minute spent with his loving wife. He especially loved her gourmet cooking and traveling with her any chance he could. His ability to joke and laugh made even the toughest of times joyful. You could most likely find him behind home plate at his grandsons' baseball games, cheering on Park City High's lacrosse team, beaming at dance recitals, or proudly strolling through art galleries. He is his grandkids' biggest fan!
Dick will be missed immensely by his wife; his children: Lisa Rasch, Kim (Josh) Crook, Ryan (Erica) Faircloth, Erin (Chris) Bolas; his 11 grandchildren: Jaden, Jessica, Jaxon, Ashton, Bentley, McLaren, Cruze, Mila, Brandon, Finn, and Kenny; his siblings: Tim (Sheila) Alexander, Bruce (Debbie) Alexander, Mary Ann (Paul) Christensen; his loving, furry sidekicks Alex and Darby; and many others whose lives he touched. In his final few days, he was courageously excited to be reunited with his parents and "The Three Amigos:" his son, Bryan; son-in-law, Tyler; and nephew, Brett.
An open house to celebrate Dick's life will be held on Thursday, January 31, 2019 from 6:00 -8:00pm at the Old Mill Clubhouse, 6080 S Wasatch Boulevard.
Staying true to his generous nature, Dick was proud to donate his body to the University of Utah School of Medicine as his final gift to this world. In lieu of flowers, please follow Dick's inspiring example and do an act of kindness to honor his name.
Published by Deseret News from Jan. 27 to Jan. 28, 2019.
To plant trees in memory, please visit our Sympathy Store.
MEMORIAL EVENTS
Jan
31
Celebration of Life
6:00p.m. - 8:00p.m.
Old Mill Clubhouse
6080 S Wasatch Boulevard, UT
MAKE A DONATION
MEMORIES & CONDOLENCES
12 Entries
Cynthia and family. I wanted to tell you how much I will miss Dick. His wonderful humor and infectious laugh will be with me for a long time.
I loved being an "Immature" pledge with Dick He and I attended many monthly meetings with the retired Highland Rams. Golf trips to Las Vegas would have been boring without Lil Alex.
Additionally, he and I had a number of chats regarding the importance of family. He was proud of his family and spoke often as to why each of you were the most valued aspect of his living.
He was a miracle to modern health.
Jim Wissler 64'
JIm Wissler
February 4, 2019
We send our deepest condolences to the Alexander family. Dick is a wonderful person and we enjoyed knowing him. Much love to all of you.
Marvin & Jan La Bard
Jan La Bard
February 4, 2019
So sorry for your loss. Dick was such a empathetic and wonderful individual. I have many fond memories of our time with him in the Wilmington/ Yuma community. I would have loved to visit at the memorial but I am caught in this polar express in Detroit and no planes are flying.
Paul SONNTAG
Friend
January 31, 2019
May God bless you and your family in this time of sorrow.
January 31, 2019
My sincere condolences. Dick was a cherished part of my growing up years. He was funny and caring and determined to overcome his physical challenges. He was amazing and admirable in every way. I will miss him being on this earth.
Karen Kirkham Carlson
January 30, 2019
I am very sorry for the loss of your loved one. Please find comfort in Phillipians 4:6,7.
January 28, 2019
To the family,
My deepest sympathy, words cannot express the pain of losing someone so dear. May the peace of God and the love of those around you help support the family through the difficult days ahead. Phillipians 4:6,7

Deepest Condolences
January 28, 2019
My heart was so sad upon learning of Dick's death! We had been exchanging emails a little bit lately and catching up on each other's news. We even had a lunch planned for all of the old neighborhood gang when I got back from New Zealand. He was going to round up the boys and I was going to round up the girls. I dearly wish this could have taken place! In his last email he told me of his chest cold over Christmas, but it sounded like he was able to get over that. I'm so sorry to lose such a dear friend! My deep condolences to Tim, Bruce and Mary Ann. I have always loved the Alexander family. Such good people! Your mom and dad were my favorites in the ward. I wish I could be there to pay my respects, but know that I will be thinking of all of you. I know you will miss this great soul.
Barbara Coulam Murdock
January 28, 2019
Alex, you always had a way of making me laugh.
You will be missed.

Alan Jeffs
Alan Jeffs
January 27, 2019
Sorry to hear of Dick's passing. We played little league baseball together for the Rotary Cubs in the Sugarhouse League 1955/57, he at second base and myself at shortstop. Many fond memories of baseball. George Marks was our coach, Spencer Hines pitcher, Doug Hammer 1st base, Gary Rasmussen outfield - some names I remember. Baseball was our life during those years.
January 27, 2019
So sorry for your loss! May you all be comforted, knowing where he is. Playing golf with the angels! Love you! Sue McCraley
Sue McCraley
January 26, 2019
To the loving family of my teammate and good friend Alex as we affectionately called him in High School! Alex was a wonderful human being and a "darn" good baseball player! He played second base in high school, not a ground ball ever got past Alex! And I guess in life nary a ground ball ever got by him either, he loved every chance to glove the ball of every opportunity in his blessed life!
May Alex rest in peace, please know that, many like me, will never forget him!