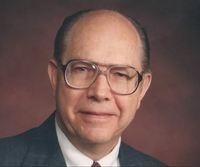 Richard Eyring Turley—known familiarly as Dick to friends and family—was born on December 29, 1930, in El Paso, Texas, to Edward Vernon Turley and Winifred Louise Roche. During his youth, he visited family in Colonia Juarez, Chihuahua, Mexico, where his father had been born, and he enjoyed participating in ranching activities there. Intellectually bright, he skipped two grades and entered college at Texas A&M when he was sixteen years old.

He served as a Latter-day Saint missionary in Mexico, Guatemala, and Costa Rica from 1950 to 1953. On April 1, 1954, he married Betty Jean Nickle in the Salt Lake Temple, and they became the parents of seven children and grandparents of thirty-six, with a large and growing posterity today.

After his marriage, he graduated from the University of Utah with bachelor's and master's degrees in mechanical engineering and took a job at General Dynamics in Fort Worth, Texas. He later became an engineer for El Paso (Texas) Natural Gas Company, where he worked until recruited to the University of Utah as an assistant professor of engineering.

In 1963, he became an assistant and subsequently associate professor at Iowa State University in Ames. After receiving a Ph.D. in nuclear engineering from Iowa State in 1967, he worked as a manager at the Battelle Institute in Richland, Washington. In 1972, he became an engineering professor at the University of Utah and executive director of the Utah Nuclear Energy Commission, a position that evolved into his becoming the first science adviser for the state. As the years went by, he became executive director and later president of the Utah Technology Finance Corporation.

Throughout his adult life, he served actively in The Church of Jesus Christ of Latter-day Saints, holding many callings. He served as a bishop's counselor, bishop (three times), high councilor, counselor in a district presidency, and counselor in a stake presidency. From 1983 to 1985, he served as president of the Mexico Hermosillo Mission. He served as a General Authority Seventy from 1997 to 2000, spending part of that service as a counselor in the Mexico South Area Presidency and the balance as an Assistant Executive Director in the Church's Family History Department.

With all his other accomplishments, nothing meant more to him than his family. He was preceded in death by his wife Betty Jean Nickle Turley in 2009. He is survived by his wife Ana-Maria Garces and her daughter, Elena Noguero; his seven children and their surviving spouses, Winifred Jean Nuttall, Richard E. (Shirley) Jr., Stephanie Jane (Blair) Dowd, Teresa JoAn (Carey) Wise, William Nickle (Joan), Jeffrey Dahlman (Lisa), and David Roche (Sheri); and many other descendants, relatives, and friends.

-
Published by Deseret News from Oct. 14 to Oct. 15, 2021.
To plant trees in memory, please visit the Sympathy Store.
MEMORIAL EVENTS
Oct
21
Viewing
6:00p.m. - 8:00p.m.
Larkin Mortuary - Salt Lake City
260 East South Temple, Salt Lake City, UT
Oct
22
Viewing
9:00a.m. - 10:30a.m.
Ensign Stake Center
135 A Street, Salt Lake City, UT
Oct
22
Funeral service
11:00a.m.
Ensign Stake Center
135 A Street, Salt Lake City, UT
Funeral services provided by:
Larkin Mortuary - Salt Lake City
MAKE A DONATION
MEMORIES & CONDOLENCES
Sponsored by Larkin Mortuary - Salt Lake City.
3 Entries
We honor and admire Richard Turley for his remarkably accomplished life and offer sympathies to the extensive Turley family, especially those we know personally, Rick, Jr., and Shirley. You were clearly the recipients of remarkable gifts of nature and nurture from the Senior Turley´s as you reflect their goodness and mirror their accomplished lives. May your memories assembled and lessons learned from growing up in the Turley household be strong and comforting. The Lord´s peace be with you.
Louis and Debbie Moench
October 16, 2021
Rick so sorry to hear about your dad. I´m sure your mom is welcoming him. Your parents left a wonderful legacy for all of us to follow.
Marie Farnsworth Simmons
Friend
October 15, 2021
Rick, We send our love and prayers to you and your family at this difficult time. What a legacy your father has given to you.
Bonnie & Eldon Farnsworth
Other
October 15, 2021
Showing 1 - 3 of 3 results