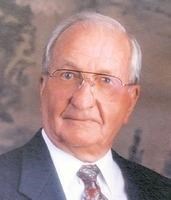 Bob was born December 24, 1921 in Salt Lake City, Utah to Richard Vaughn and Elnora Christina Rockwood Morris, and passed just three months short of his 100th birthday. He married Merci Ann Vickers, the love of his life, on September 28, 1945, while on a short leave from the Navy where he was serving during World War II. As members of the Church of Jesus Christ of Latter-Day Saints that marriage was later solemnized in the Salt Lake Temple, making it eternal in nature. Merci preceded him in death on February 23, 2010. What a glorious reunion just took place between the two of them!

Bob will forever be remembered for his positive attitude and the many ways he served others.

He worked most of his life in sales, discovering and meeting the needs of his customers. Making sure they got what they expected was of utmost importance to him and led to his success. If ever the other party felt they were treated unfairly, he quickly agreed and fixed the situation. On weekends for many years he taught ski school at Brighton Ski Resort, patiently teaching others to become proficient at a sport he loved. In his personal life he was committed to completing volunteer assignments fully and as expected. "Because we said we would" was a phrase that he used when sons complained that perhaps a task was too hard. Many boy scouts benefited from his instruction, gentle nature and quick wit. Laughter filled his home and helped build an environment of love, trust and hard work.

He enjoyed his garden and planted twenty tomato plants with only he and his wife in the home. He delighted in giving vine ripened tomatoes to his neighbors and friends. He taught his sons to respect women by the caring way he treated his wife. Anyone that knew him understood that he worshipped her as his companion and best friend.

He especially loved his family and attended hundreds of sporting events, music and dance recitals and anything else where they were involved. He and his wife even got into a high school yearbook by being in a picture on the sideline of a soccer game. He was very proud of his family and supported them in all they did.

His last six years were spent at Pacifica Senior Living in Salt Lake City where the staff and residents became his family. When faced with the decision to move into this assisted living center he responded, "What are you going to do?" when it became apparent that it was impossible to continue to live on his own. While he missed dearly his friends near the home he built in 1954, he took his great attitude, moved in and quickly showed others how to serve and love one another. He was appointed a volunteer Ambassador and met any new resident the day they moved in. His desire was to welcome and orient them, making them feel like they were part of the Pacifica family. As a result he was often surrounded by others who wanted to sit at "the cool kids' table", as his grandkids called it. Bus trips, bingo and noodle ball were his favorite activities, in addition to talking with staff or visiting new friends. Peaches and apples bought at the local farmers' market replaced the tomatoes from his garden, and he delighted in sharing them with others. He loved watching sports on TV and reading but didn't complain when failing eyesight ended those activities. "Don't worry about me; I am just great" was the way he ended his phone calls and visits.

Bob is now with his beloved Merci, telling her the great things that have happened while they were apart, perhaps boasting about the family he was so proud of. His older brother, Richard Morris, who passed at age 100, preceded him. His son, Craig, is there also. His son Guy and wife Jane, daughter Suzanne (his favorite) and her husband, Don, remain behind, along with seven grandchildren and thirteen great-grandchildren. All are trying to serve others, contribute positively to society, and be happy like their grandpa!

Funeral services will be help on Monday, September 20, 2021, at 11:00 a.m. at the Germania Ward, 464 West Germania Avenue, Murray, Utah. Friends may visit the family and say goodbye to Bob beginning at 9:30 a.m. until 10:45 a.m. The funeral service will follow. Family members are invited to a luncheon following the funeral prior to driving to Vine Bluff Cemetery in Nephi, Utah for the internment.

Please observe Covid protocols by wearing a mask and social distancing as appropriate and if not vaccinated.

His family wishes to thank his wonderful family and friends. They enriched his life and blessed us all. His children are especially grateful for his Pacifica family and their selfless service and kindness towards him.

Well done, Pop. You finished the race in fine fashion!