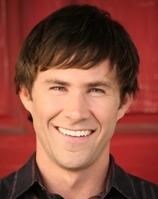 Ryan Christen Petersen was born on April 23, 1973 to Phil Brent & Carol J Gold Petersen and left this earth March 2017 on the beautiful snow-capped mountain of St. Charleston, Nevada being in nature where he loved. He loved to snow ski (until he learned how to surf) water ski, swim, ride motorcycles & go backpacking with his dad, brother & friends in the high Uintas. He had a magnetic personality and attracted friends wherever he went. He had great musical ability & played the piano, the guitar & saxophone. His intellectual ability was outstanding. He earned his Eagle in Scouting. Ryan graduated from Cottonwood High School where he played football and swam on the swim team, attended the University of Utah for 2 years and graduated from the University of California at Berkeley with a double major in English & Psychology. He served an LDS Mission to Koln Germany with a 3 month transfer to Switzerland. While striving for an acting career in Hollywood, California, he worked as a server, a bar-tender, and for a dental company, while taking time off to be a financial advisor in Hawaii for a summer. In pursuing other careers, he applied for and was accepted to the Loyola Law School in New Orleans just before Katrina hit & classes were canceled.

He was preceded in death by his father Brent in 2012.