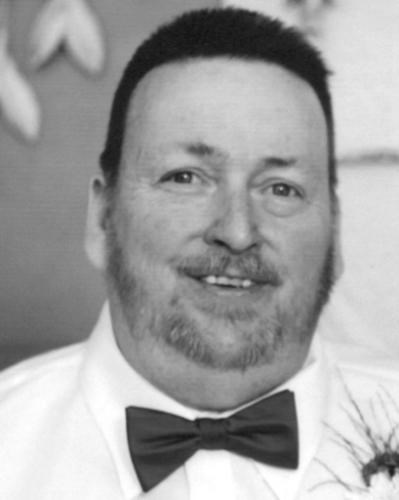 BORN
1957
DIED
2015
Scott Royce
"Moose"
"Moose" our husband, father, pappi, and best friend, passed away at the age of 57, on December 8, 2015. Born on December 11, 1957 in Murray, Utah to Gary Royce and Mary Jane Morgan. Scott graduated from Show Low High School in Arizona as a football star. He was part of Local 140 Plumbers and pipefitters for 38 years. He married the love of his life, Kimberly on May 8, 1982. Moose enjoyed camping, fishing, working in his garden, and time with his girls.
He is survived by his wife of 33 years Kimberly; his daughters, Jessica (Jason) Platt, Jennica; and two beautiful granddaughters, Hadleigh and Clarise. The best brother and sister-in-law, Henny and Marcy Bakker; and son, Dekon (Ayron) and his family. His father, Gary (Gwen) Royce; siblings, Cindy (Steve) Griffiths, Eilleen (Terry) Lyon, and Roger (Alice) Royce. He is preceded in death by his mother, Mary Jane Morgan and stepfather, Ray Morgan.
Memorial services will be held Wednesday, December 16, 2015, 7:00 p.m. at Jenkins-Soffe Funeral Home, 4760 S. State Street. Murray, Utah, with a visitation from 6-7 p.m. and services to follow.
Online condolences may be shared at www.jenkins-soffe.com.
Published by Deseret News on Dec. 13, 2015.
To plant trees in memory, please visit the Sympathy Store.
MEMORIAL EVENTS
Dec
16
Visitation
6:00p.m. - 7:00p.m.
At Funeral Home
Dec
16
Funeral service
7:00p.m.
At Funeral Home
MAKE A DONATION
MEMORIES & CONDOLENCES
16 Entries
Kim and kids, Joy and I were so sorry to hear of this! We have such good memories of Scott and all of you! We send our love and best wishes.
Bob Ligget
December 20, 2015
I'm so sorry for your loss. My Dad (Howard "Joe" Thackeray) was the baseball coach that gave him the nick-name Moose.
Glen Jones told me about your loss we sure miss the old times. God be with you and your family.
Alan Thackeray
December 18, 2015
I am so sorry for your loss I am so sorry I wasn't able to make it there to see you and your girls! We had some good memories at Kiddie Kandids!!!
Love from Linda Phoenix
Linda Phoenix
December 16, 2015
I am so sorry for your loss, so sudden and so sad. Peace be with you- Helene
December 15, 2015
So very sorry for your loss. It's unimaginable that you are going through this, and my heart hurts for you all. Love you....Shauna Petersen
Shauna Petersen
December 15, 2015
A little tribute to my little brother. I do not remember this world without you it. Oh what a childhood we had, the fighting and helping each other out. Going to your baseball games when you turned into Moose. You and Glen being crazy boys. Football at Hillcrest, fishing for hours with Ray. You were the biggest tease with the most creative way of swearing. You were always fixing everything. You were a great guy and I loved you. See you in the afterlife. Cindy
Cindy
December 14, 2015
Harold Dimond
December 14, 2015
Kim,
I am shocked and saddened to learn of this great loss for you and your family. My deepest sympathy to all of you.
Shawn Moore
December 14, 2015
Kim, Jessica & Jennica, I am so sorry for your loss. Please know that you are in my every thought and prayer.
If there is anything that I can help with, please don't hesitate to call.....I love you all so very much.
Tracy Cundick
December 14, 2015
Sorry to hear about Scott's death. It has been only two months since his cousin, John Edwards, passed away. Praying for everyone grieving at this time.
Marilyn Edwards
December 13, 2015
I have known Scott for many years. And worked with him on many jobs He was a verY hard worker and very strong man and a lot of fun to work with ken Stevenson. Local 19 and local 140 he will be missed
December 13, 2015
Gene and I are so sorry for your loss. I remember your Mom and Dad so vividly at Roy and Ingas rehearsal dinner and how much fun they both were and how much in love they were with each other. Blessings and prayers for your Mom and family.
Linda Danylyshyn
December 13, 2015
Oh my friends....you know I grieve with you. I love you very much.
Barb
Barb Venema
December 13, 2015
We are so sorry to hear that Heavenly Father took Scott away so soon there are great memories that will always remain with us of him.
Rest In Peace....
Craig & Marcia Neff
December 13, 2015
I am so sorry for the loss of your dad Jessica. My thoughts and prayers are with you at this hard time. God bless you and your family at this difficult time. Sherry Brittle
sherry Bittle
December 13, 2015
Jennica and family..so sorry for your loss, we will keep you all in our hearts and prayers.
Scott & Jane Rissmann
December 12, 2015
Showing 1 - 16 of 16 results