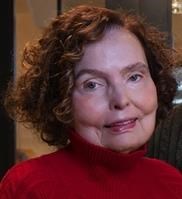 Shauna Urie Knowlton, loving wife, mother, grandmother, sister, aunt and friend died on October 11, 2021 in Holladay, Utah, after a valiant battle with an insidious autoimmune disorder, Inclusion Body Myositis (IBM). Our world is a narrower and dimmer place today because of our loss – but we rejoice that her suffering is over, and she is at peace.

Born on May 18, 1951 in Cedar City, Utah, to Dr. David Urie and Beverly (Fife) Urie, the eldest of three children. She moved to Pullman, Washington with her parents while her father attended the Washington University College of Veterinary Medicine. They later settled in Richfield, Utah, where she was raised working on her parents' cattle ranch, the family's horseback and trail rides at Bryce Canyon, Zion's National Park, and the Grand Canyon, as a cabin maid at Bryce Canyon, and waitressing at the Rainbow Café. At night, she worked as a telephone operator at Richfield Telephone & Telegraph. She knew the value of hard work, and instilled that in her children. Shauna graduated from Richfield High School and went on to pursue a degree in English at Brigham Young University.

On June 11, 1971, Shauna married her high school sweetheart, Dr. Michael Worley. They were later sealed together in the LDS Manti Temple on December 18, 1974. Together, they were blessed to have three boys, Casey, Tony, and Bill. Shauna and Mike made many lifelong friends at Richfield High and the University of Utah Medical School; and they each supported and celebrated one another at every major milestone in their respective lives. "Daddy Mike" tragically died in a medical accident on November 28, 1979.

On July 31, 1982, Shauna married Hooper Knowlton, III, who adopted her three sons and raised them as his own. Together they were blessed with the birth of their daughter, McCall. As Hooper's "Managing Partner," Shauna always blew wind in his sails as he worked in his real estate development business. Together, Shauna and Hooper made their home on the east bench of Salt Lake City and became permanent fixtures in the Monument Park 15th Ward. In 1998, Shauna and Hooper adopted Zabron Mwaipopo – who was Bill's missionary training companion in Uganda, who currently resides in Dar Es Salaam, Tanzania.

Shauna loved traveling with the family: Jackson Hole, Lake Powell, Sun Valley, Newport Beach, San Francisco, and attending musicals on Broadway in New York City were some of her favorites. In 2018, she fulfilled her dream of traveling to the UK and Europe – where she and Hooper spent three marvelous weeks.

Shauna was a faithful member of the LDS Church. She served in several capacities throughout her life. Whenever she was called upon for service, she did it willingly and with love, as a Young Women's President, Primary President, and Stake Relief Society Counselor. But her favorite calling was organizing the Stake "Rough Out" camp with her many friends.

A gracious and elegant woman, Shauna was approachable to any and all people. She brought style, purpose and decision to everything she did. When with her, you knew there was no one more important than you. She loved her family and being with them more than anything. She was meticulous in every aspect of her life – evidenced by her always manicured red fingernails and impressive shoe collection. She was an elegant woman in life and in death, and endured to the end with courage and dignity. Shauna was truly a force for good to the very end.

Shauna Knowlton has many friends who adore her – across all walks of life – many of whom she kept in contact with throughout the years. She was a joy to be around for her fun, outgoing nature and great sense of humor. She loved her iPad and social media – which allowed her to keep in contact with her friends and loved ones around the world.

She was and always will be the heart and home of our family, and we will miss her dearly.

The family we would like to thank Dr. Meg Skibitsky, Nickson Kasue, and Latai Nonu for their professional, compassionate and loving care of Shauna – they will ever be part of her story.

Published by Deseret News from Oct. 13 to Oct. 14, 2021.
To plant trees in memory, please visit the Sympathy Store.
MEMORIAL EVENTS
Oct
15
Viewing
6:00p.m. - 8:00p.m.
Holladay 28th Ward
2625 E. Milo Way, Salt Lake City, UT
Oct
16
Viewing
9:30a.m. - 10:30a.m.
Holladay 28th Ward
2625 E. Milo Way, Salt Lake City, UT
Oct
16
Funeral service
11:00a.m.
Holladay 28th Ward
2625 E. Milo Way, Salt Lake City, UT
Funeral services provided by:
Larkin Sunset Lawn
MAKE A DONATION
MEMORIES & CONDOLENCES
Sponsored by Larkin Sunset Lawn.
9 Entries
Our deepest sympathies and condolences. What a wonderful mother and woman. Her absence will be greatly felt, but know she will continue to love and care for you. May this knowledge bring you some measure of comfort during this time of heartbreak and loss. Sending all our sincerest love and prayers.
Melissa Birrell
Friend
October 15, 2021
My love and prayers are pouring out to all of you today and in the days to come. McCall and her beautiful family are examples and legacy to the beautiful life of Shauna, as are all of her family!
Miss Joni
October 15, 2021
Dear Hooper, please know you and your family are in our prayers at this time of grievous loss. But thank Heaven for Heaven! Love you, Bro.
Roger Ekins
Other
October 15, 2021
Dear Shauna´s family, I became acquainted with your wife and mother, through my mother, Carol Adams, in the Monument Park 15th Ward. My mother told me how wonderful your mother was. I just had to get to know your dear wife and mother. I am sorry for her untimely death and the awful disease that ravaged her body. I´m so happy that she is free from pain and she is with her loved ones now. May Heavenly Father bless your family. With love, a friend. Linda
Linda (Adams) DeVore
Friend
October 14, 2021
Hooper, we were saddened to hear of the passing of your lovely wife. Know we are thinking of you and send our love.
David and Debbi Smoot
October 14, 2021
Dear Knowlton, McCall and Boys, We were saddened to hear of your sweet Shauna's passing. It has been such a pleasure to have you as neighbors and become reacquainted again. Shauna was so gracious, always had a smile on her face and radiated sunshine. We hope you feel the Savior's comforting presence surrounding you and treasure the precious memories you have of her. Much love, Bruce and Pam Buchanan
Pamela Buchanan
Friend
October 13, 2021
Shauna was a beautiful addition to our ward. So glad we got to know her gracious personality. We love you Hooper.
Don and Diane Adamson
Other
October 13, 2021
For everyone attending the funeral service in person, please wear a mask. Thank you.
Tony Knowlton
Family
October 13, 2021
Oh, Hooper, I am so sorry for your loss! I loved getting to know Shauna when we worked together in the Sigma Chi Mothers' Club. I could always count on her, and she was so much fun. She was one of my favorites! What a vibrant, happy woman! Thank goodness for the plan of salvation! I look forward to continuing our friendship in the eternities. I send my love and condolences to you and all your family, Lynne McDonough
Lynne McDonough
October 13, 2021
Showing 1 - 9 of 9 results