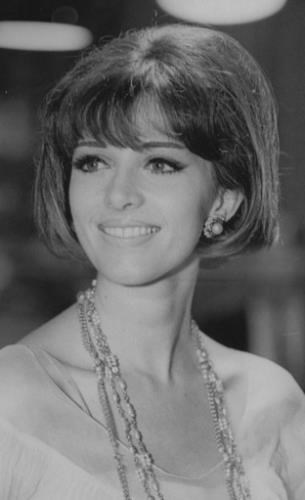 BORN
1930
DIED
2019
Shauna Wood Trabert
1930 ~ 2019
Shauna Wood Trabert passed away of natural causes on February 16, 2019 surrounded by her family. She touched many lives in her 88 years and will be greatly missed and remembered by all.
Shauna was the eldest child of Boyden "Brick" Wood and Adeline "Mimi" Wood. Born September 20, 1930 in Salt Lake City, she lived with her parents and brother, Roger, until 1953. She graduated from the University of Utah in 1952 with a BA in Health and Physical Education and was a member of the Pi Beta Phi sorority.
During her college years, Shauna was the Days of 47 Queen, Miss Utah and a contestant in the 1953 Miss Universe Pageant. As Miss Utah she and her attendants were invited to a tennis tournament at the Salt Lake Tennis Club, where she was introduced to the #1 tennis player in the US, the man who would become her future husband, Tony Trabert.
She married Tony in 1953, and traveled extensively while he played tennis tournaments as one of the top players eventually becoming #1 in the world. Son, Mike was born in 1956 and daughter Brooke in 1958. In 1960 they moved to Paris, France where Tony ran the European tour and Shauna was a top model at Chanel. Working directly with Coco Chanel, collections were built on Shauna and she appeared in numerous magazines, including Vogue and Elle.
Later divorced, she met and married Karl Honeystein and they lived in both Los Angeles and Palm Springs, CA. Karl was an executive in the film production and movie industries. They enjoyed traveling the world, dining in fine restaurants, and sharing their love of music and the arts.
Shauna was a master tease with a sharp wit and was always upbeat and positive. She could bring a smile to anyone and she connected with people and friends of all ages in many places.
Shauna is survived by her children Mike (Dinny), Brooke Trabert Dabkowski, brother Roger Wood, step daughter Gail Honeystein Tucker (Eric), and six much loved grandchildren, Brittany Trabert Dennett (Mike), Warner Trabert (Charlsie), Anthony Trabert, Megan Trabert Earl (Espen), Delaney Dabkowski, Brick Dabkowski, three great grandchildren and one step grandchild.
We sincerely thank the compassionate caregivers at The Ridge Senior Living and Brighton/Bristol Hospice for their wonderful care.
A private Celebration of Life will be held in late March. In lieu of flowers, donations may be made to the Linda Derrick Wood Endowed Scholarship in the College of Nursing at University of Utah or Brighton/Bristol Hospice, Salt Lake City. 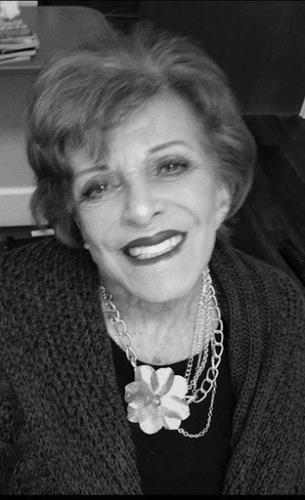 To plant trees in memory, please visit our Sympathy Store.
Published by Deseret News from Mar. 2 to Mar. 3, 2019.
MEMORIAL EVENTS
No memorial events are currently scheduled.
To offer your sympathy during this difficult time, you can now have memorial trees planted in a National Forest in memory of your loved one.
GUEST BOOK
8 Entries
My Mom named me after Shauna, her high school friend. I had always heard what a lovely person and beautiful woman she was. I am grateful to have met her at my Mom's 2013 reunion. My my is Betty McCoy Moore. Sending the best to all of her dear friends and family - Shauna Moore-Balog, Denver CO
shauna moore
March 12, 2020
sorry to hear about Shauna. I named my daughter after her. we had classes together at West High SLC.
She was a very accomplished woman. I introduced her to my daughter at the last class reunion. I wanted my daughter to know she was named after Shauna.
Betty McCoy-Moore
March 11, 2020
i grew up with shauna and roger and she will be missed by the morris family
sincerely
rick morris
rick morris
Friend
February 25, 2020
Martha Katsufrakis
Friend
March 13, 2019
My condolences to all who were touched by Shauna's kindness and beauty -- Brooke and Mike most of all.
Joel Drucker
March 4, 2019
My sincere sympathy to the Trabert family, Shauna will live on in those, like me, she so lovingly touched! May God be with her and may God Bless the family.
Robert Shafer
March 4, 2019
My condolences are with your family during this difficult time. I had the great pleasure of knowing Shauna and helping her when she would come to Costco. I will never forget the first time she came in and how I instantly knew she would be one of my favorites!!!
Beautiful and amazing lady!
Amanda (Costco)
March 3, 2019
My condolences to the family for your loss
I was fortunate enough to grow up with Roger
and Shauna and enjoyed all the years our families
were so close
Sincerely
Rick Morris
March 2, 2019