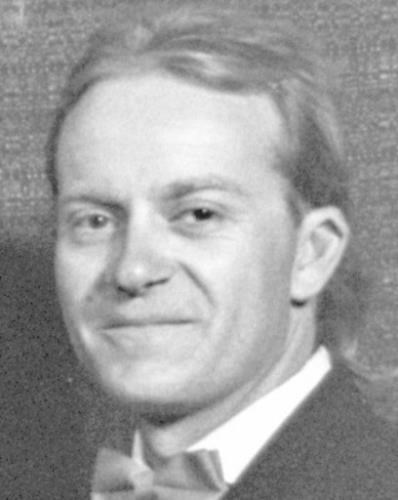 BORN
1961
DIED
2016
ABOUT
Hillcrest High School
FUNERAL HOME
Goff Mortuary
8090 S. State St.
Midvale, UT
Steven Gren Barton
1961 ~ 2016
Beloved brother and uncle passed away on August 19, 2016 at his home in Orem, Utah. Steven was born to Grant K Barton and Shirley Owens Barton on November 21, 1961 in Panguitch, Utah. He leaves behind a brother Stanley (Sarah), sister Rachel (Bruce), and eight nieces and nephews, Michael, Andrew, and Elizabeth Boyle; and Nicole, Lyssa, Dylan, Connor, and Jared Barton. Preceded in death by his parents.
Steve lived most of his life in Midvale, Utah, graduating from Hillcrest High School in 1980. He loved being in the outdoors as a hunter and fisherman. He was an avid reader and always had some new tidbit of information he wanted to share. He was good with his hands and was willing to help anyone in need. Steve was open and friendly to new acquaintances and always had something interesting to talk about. He was great with children and loved his nieces and nephews, especially when they were young.
Steve left us too early - it seemed like he had many good years ahead of him, but it was not to be. We miss you, Steve. Rest in peace until we meet again. www.goffmortuary.com
Published by Deseret News on Aug. 28, 2016.
To plant trees in memory, please visit the Sympathy Store.
MEMORIAL EVENTS
To offer your sympathy during this difficult time, you can now have memorial trees planted in a National Forest in memory of your loved one.
Funeral services provided by:
Goff Mortuary
MAKE A DONATION
MEMORIES & CONDOLENCES
Sponsored by Goff Mortuary.
6 Entries
I just heard the news about my childhood friend. I wish we would have stayed in touch but I moved away after High School. I hope I see you again someday. I'm thinking about you and remembering the fun times little boys have like ringing door bells and bothering old man Atkinson. You had many friends back then as I know you do now. Missing you now-
Stephen Davis
Friend
June 3, 2017
Working with Steve for those 5 or so years at Henderson Mill and Cabinet was a pleasure. One of my favorite coworkers of all time. Steve was always friendly and pleasant to be around and I enjoyed those many chats talking Utah Jazz basketball. My condolences to the Barton family.
Kevin Struthers
August 29, 2016
I am very sorry to hear about Steven. He is a kind and gentle soul. He helped me search for my lost dog.
Rest in peace Steven.
Alicia Hermansen
August 29, 2016
Rest in peace Steve. Give our love to the many family members you are reuniting with. Love your cousin, LeAnn
LeAnn Earl
August 28, 2016
My deepest sympathy goes out to the family. May you find much comfort from our God of comfort during this difficult time (Act 24:15)
August 27, 2016
It's hard to read the obituary of someone in your family, especially when the loss is sudden. He was just an all around good guy, and I enjoyed learning more about him and the things he loved and loved doing. This is a nice tribute to Steve. I think all of us remember our younger years together, when we could just have fun being kids. I've been thinking of and praying for you Stan, Rachael and your families. I hope you all find and feel peace inside. Love Keri and Jeff
Keri Paddock
August 27, 2016
Showing 1 - 6 of 6 results