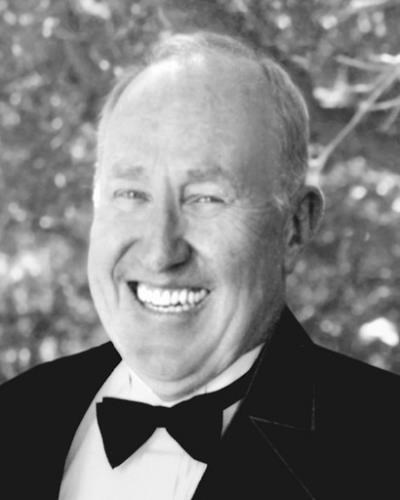 BORN
1940
DIED
2017
FUNERAL HOME
Starks Funeral Parlor
3651 S 900 E
Salt Lake City, UT
1940 ~ 2017
The world lost an amazing man on Thursday, July 13th, when Theodore Henry Stanley comfortably and peacefully passed away in his sleep, after a long battle with cancer.
Ted's life was filled with accomplishment and accolades in the medical field, and his enthusiasm poured into his family, friends, and those he taught and mentored. He loved nothing more than facilitating a desire in others to learn a field about which he himself was so passionate. His contribution to the medical field, specifically in anesthesia, is insurmountable, and has not only improved the industry tremendously, but undoubtedly positively affected countless lives.
Aside from being an amazing pioneer in the medical field, Ted had a zest for life that was unparalleled. He was always the life of the party, and exuded charisma and charm. He may have been known for his career, but he was also known for his infectious laugh, and his ability to command a room. Ted was an avid train enthusiast, made a mean martini, loved to treat his family and friends to "wurstsies" and "hors d'oeuvresies", and was a merciless shark at Monopoly.
Ted always found his bliss in his mountain ranch, which was his second home. He spent much of his free time there, photographing nature, enjoying the tranquil beauty of the wilderness, and hosting his coveted annual elk hunt for a small group of his most dear friends and family, which has been his tradition for 41 years.
He cared deeply about his loved ones, always held them in high esteem, and was overjoyed to be surrounded by so many of them in his last days. Ted was never more alive and himself than when he was among the people he loved the most.
Today, although grieving, his family and friends celebrate his incredible life and legacy, and carry his memory with fondness and devotion. We know that we will see him again after this life, when he greets us with those famous martinis and "wurstsies". And we send him off with love and adoration, because we know he's on his way home; as the headlight on a sky-bound train. Forever love you. Forever miss you.
Ted is survived by his wife, Susan; his brother, Richard (Barbara); his sons, Tim (Jennifer), Ted, Jr. (La Tasha), and Taylor, and his daughter Brecca; and by his beloved grandchildren, who lit up his life, Owen, Sophie, and Emmerson.
To read a short summary on Ted's life, written in his own words, please visit www.starksfuneral.com.
The Stanley family would like to extend a very special thank you and expression of gratitude to Jon and Karen Huntsman, for the incredible organization they have created for people battling cancer. Throughout his treatment, Ted consistently remarked how wonderful it was that there was such an extraordinary institution, for people of all walks of life, in their time of most profound need. From our family to yours, we humbly thank you and your vast team of incredibly skilled and compassionate medical professionals.
In lieu of flowers, please consider donating to:
The Huntsman Cancer Foundation -
specifying "In Memory of Ted H. Stanley, MD"
500 Huntsman Way
Salt Lake City, Utah 84108
A viewing will be held on Monday, July 17th from 6:00 - 8:00 PM with a vigil beginning at 7:00 PM at Saint Catherine of Siena Catholic Church, 170 South University Street, Salt Lake City. A funeral mass will be celebrated on Tuesday, July 18th at 10:00 AM at the Cathedral of the Madeleine, 331 East South Temple, Salt Lake City.
Published by Deseret News on Jul. 16, 2017.
To plant trees in memory, please visit the Sympathy Store.
MEMORIAL EVENTS
Jul
17
Viewing
6:00p.m. - 8:00p.m.
Saint Catherine of Siena Catholic Church
170 South University Street, Salt Lake City, UT
Jul
17
Vigil
7:00p.m.
Saint Catherine of Siena Catholic Church
170 South University Street, Salt Lake City, UT
Jul
18
Funeral Mass
10:00a.m.
Cathedral of the Madeleine
331 East South Temple, Salt Lake City, UT
Funeral services provided by:
Starks Funeral Parlor
MAKE A DONATION
MEMORIES & CONDOLENCES
Sponsored by Starks Funeral Parlor.
8 Entries
To be around Ted was to be in his gravitational field-- That's all I can say because you can't describe Everest to someone who has never been. Same with Ted.

My prayers and condolences go out to Susan, his beloved wife, and to the rest of the Stanley family.

Ted, dear friend, you were loved and will be missed by so many good people.
Kenneth Giuffre
November 4, 2018
May the God of all comfort strengthen the family during this time of deep sorrow. Those who pass on, God keeps in his memory because they are precious in his eyes. My sincerest condolences. (Psalms 116:15)
July 20, 2017
One of the most profound friendships I've ever had. Ted was orders of magnitude ahead of most everyone I know - the smartest, most accomplished, and talented guys I've ever met. I was honored to have shared many wurstsies and martinis with him and the times at his cabin are forever cherished. I'm certain he will have a "shaken not stirred" beverage and a slightly charred Kielbasa ready for me when I join him. My thoughts are with his family. May he rest in peace.
Jerry Williams
July 19, 2017
We are so saddened to hear of the passing of Doc Stanley as you were known to all of us at Peavine. We will will miss your warm smile and cheeky grin which lit up your eyes with the interest, pleasure, and caring you showed everyone on the mountain. We will forever remember your kindness, sharp humor and love of the forest and its wildlife. We are proud to have known such a wonderful human being. You will be missed!
Kent and Kathy Christiansen
Friend
July 18, 2017
Ted Stanley's contributions to anesthesiology were enormous. Part of his collaborative research focused on developing narcotics that had less adverse drug reactions compared to older narcotics as well as developing shorter acting ones.

His research has improved patient safety with his pioneering work with the use of high dose narcotics during anesthesia for patients during cardiac surgery. His work contributed to the development of modern total intravenous techniques that can be given without the mandatory use of neuromuscular blockade and, therefore, decreasing the risk of unintended awakening during the surgery.

Ted was a typical New Yorker. Born and raised in Brooklyn by parents and grandparents that were within a generation or so of their roots from Europe. He excelled at sports and music.

He hopped onto the IRT numbers 1,2 or 3 train to ride up to that Ivy league school that propelled so many New Yorkers, whose families had recently emigrated into the greatest country in the world, to successful careers, Columbia College.

But, most of all, Ted was simply a nice guy who cared about other people and showed it through his many acts of kindness.

May you rest in peace.
Anthony Messina
July 18, 2017
Doc, we will miss seeing your face at the cabin, taking and laughing and telling stories. Taylor has been keeping an eye on your place. God Bless you gentle, kind, man. From the Bonathan's. Say "Hi" to my dad, I am sure he is happy to see you.
Coleen Bonathan
July 18, 2017
Ted and I joined the U faculty at the same time. He in anesthesia and myself in surgery. We had many patients in common and I always enjoyed working with Ted. Recently he was very helpful and supportive of innovative work I was doing. Even in his time of illness he was always available to discuss developments. I was going to call him to discuss a successful event when I learned of his passing. He will be missed by many friends and colleagues.
Harrison Lazarus
July 18, 2017
Every time I approach a patient that I choose to use an opioid based anesthetic or analgesic technique, I am reminded by how much Ted contributed to the science as well as the education of practitioners. We will miss you, Dr. NPR.
Dhanesh Gupta
July 16, 2017
Showing 1 - 8 of 8 results