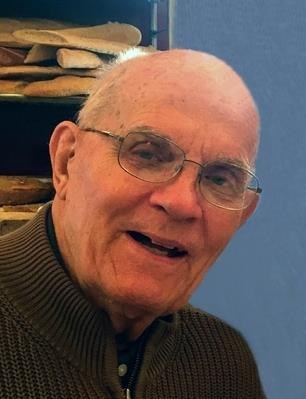 Ames - Alfred William Joensen passed away on Thursday May 10th, 2018 at Mary Greeley Medical Center in Ames, surrounded by the love of his family.

Al was born July 24th, 1930, in New York, NY. He grew up in Bronx, New York, and graduated from Stuyvesant High School in 1948. He attended City College of New York from 1948 - 1950. At CCNY, Al was on the varsity football and lacrosse teams. In 1951, Al joined the Air Force where he became a navigator, and he flew missions all over the world. After active duty, Al served in the Air Force Reserve and he retired after 28 years at the rank of Lieutenant Colonel.

Al's area of research and teaching was power plant design and performance, thermodynamics, and alternative fuels. He was actively involved in the refuse-to-energy movement in the 1970s, evidenced by his research, consulting, and speaking engagements, correlating with the opening of the Ames Resource Recovery Plant. He served on the Ames Utility Board for many years.

On August 17th, 1959, Al married Marilyn Simington in Waterloo, IA. They resided in Ames where they raised four sons and a daughter.

Al was a big supporter of both Ames High and Iowa State Athletics. For many years he worked as a timer for ISU Track Meets. Al also served as a simulated patient for the University of Iowa College of Medicine for many years.

Al greatly enjoyed traveling around the USA and Europe with his wife and children. His family has many great memories of their various adventures throughout the years.

Al is survived by his wife of 58 years, Marilyn, and his five children: Father William Joensen, of Dubuque, IA; Dave Joensen, of Ames, IA; Mark A. Joensen, and his son Liam, and stepson Brandon of Greensburg, PA; Ellen Franklin (Hugh Hansen, and her children Natalie, Max, and Timothy, of Iowa City, IA; and Tom (Jennifer) Joensen, and their children Michael and Olivia of Ankeny, IA. Al is also survived by his brother-in-law Rev. Monsignor Ralph Simington, of Waterloo, IA, and his nephews and their families.

Al was preceded in death by his parents Walter and Wanda Joensen, and his sister Ellen Borowski.

Memorial offerings may be made to the Archdiocese of Dubuque Seminary Education Fund, 1229 Mt. Loretta Ave., PO Box 479, Dubuque IA 52004.

Condolences and photos may be shared at www.adamssoderstrum.com © 2018 Soderstrum Reimers Inc.