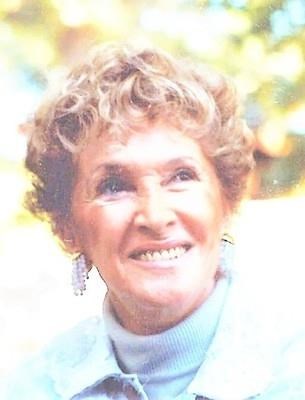 Berenice Moss, of Palm Beach, Florida and Des Moines, Iowa passed away on November 11th, 2019. BG lived a full and remarkable life, but most of all, she was such a kind and loving individual. She never met anyone that she would not stop and share a kind word.

She was born in Chicago, Illinois after attended College at the University of Miami, she married and settled in Des Moines with her family, husband Philip Moss, and her three children, Terry, Cory, and Maggi.

She was a master bridge player and played almost daily up until July of 2019. She was a devoted mother to her children and attended all of their sporting events and horse shows. In recent years, one of her favorite joys was learning to use an Ipad so she'd never miss when one of her daughter's horses raced.

Berenice lost her beloved husband, Phil, and her son, Cory in a plane crash in 1979. Such enormous tragedy could break a human, but she instead rose to embrace life and live it with love, endearment, and joy. She would often say each day can be exactly as you choose, and she chose happiness, not sorrow. She had an extraordinary relationship with her daughter, Maggi, who was her very best friend, and confidant.

Berenice enjoyed perfect health until just a few months ago. Though sometimes she remarked that getting old was hard, she always looked beautiful. She took pride in herself, never leaving her residence without that shining beauty and smile. She was totally independent, driving to play bridge, have lunch or go shopping up until July of 2019.

In addition to her husband Phil and Cory, She was preceded in death by her parents, Abraham and Celia Gurevitz, sister, Dorothy Hirsch, brother Sam Gurson, and nephews, Ira Hirsch and Chuck Hirsch, who was the NYC Medical examiner during 911. She is survived by her daughter Maggi Moss, son Terry Moss and his partner Nancy Boston, grandson Philip Colt Moss, and her beloved pet grandchild, Storm Moss.

Services are private at Iles/Dunn funeral home in Des Moines, Iowa and burial will be at Glendale Cemetery in Des Moines. The family is requesting no flowers or gifts. All that she would want and request of all of us is that we follow her example and be kind and loving to one another.


To plant trees in memory, please visit our Sympathy Store.
Published by the Des Moines Register from Nov. 13 to Nov. 17, 2019.
MEMORIAL EVENTS
No memorial events are currently scheduled.
To offer your sympathy during this difficult time, you can now have memorial trees planted in a National Forest in memory of your loved one.
Funeral services provided by:
Dunn's Funeral Home
MAKE A DONATION
MEMORIES & CONDOLENCES
Sponsored by Dunn's Funeral Home.
11 Entries
I miss Missy very much. I miss our gossip filled dinners at Noah's and laughing so hard
She was a fine lady who I admired very much and think of with great memories.

Elaine Steinger.
Elaine Steinger
Friend
November 7, 2020
Dear Maggi, Terry and Family,
Linda and I were sad to hear of your Mother's passing. She was a wonderful lady, and we hope her lifelong memories help during these difficult moments.
I have enjoyed knowing your family while growing up in Des Moines, and had the pleasure of continuing that relationship into our professional lives. Thank you for your friendship.
Please know that are thoughts and prayers are with your entire family.
Dr. Dave and Linda Hansen
November 23, 2019
Berenice was such a friendly and generous partner. She always shared her chicken salad sandwich with me. She always said " No one gets untouched in this life. I will miss her frequent, quick phone calls, and her very skilled bridge declarer play.
Joann McDonald
November 19, 2019
So sorry to hear that Ms Moss has past away. I always enjoyed seeing & visiting with her at the downtown Marriott. I've been gone from the Marriott for about 7 years but always remembered her schedule of travel to & from Florida. Thoughts and prayers for the family
Carol Holmes
November 18, 2019
I thank God for Berenice passing through my life I enjoyed doing her hair and she always lifted me up .I will miss her and always keep her alive in my heart. So Sorry Maggie she loved you so much!
Roslin Reynolds
November 16, 2019
I always enjoyed the bridge games that Berenice and I had. She played a very good game and never criticized her partner. I will miss her friendship.
Sue Woolsoncroft
November 16, 2019
My heartfelt prayers go out to family, your Mom was a wonderful person may she Rest In Peace.
Jim Piazza
November 16, 2019
My prayers and love
Ron White
November 16, 2019
We are sorry about your loss. We enjoyed playing bridge with Berenice and will miss her and her cheerfulness.
Stan and Betty Gustafson
November 14, 2019 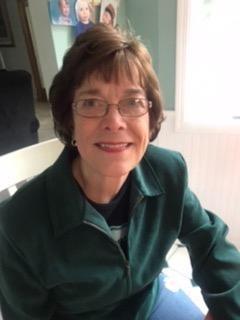 We are so sorry to hear of Berenice's passing away this week, she was such a kind and loving soul ,everyone at the Bridge Center really loved her and looked forward to my games with her, and above all our friendship, we shall miss her.
Ann Olsson
November 13, 2019
We have lost a great lady. I will miss her cheerful laughter across the table as my bridge partner. We all will miss her.
Bud Stowe
November 13, 2019
Showing 1 - 11 of 11 results