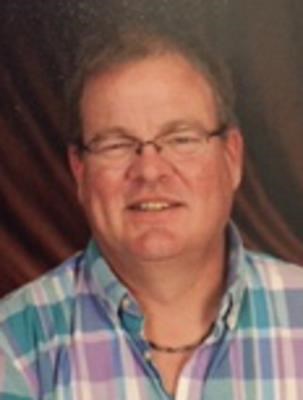 Des Moines - Bret James Hamill, 51, passed away peacefully with his wife by his side on Friday, May 31, 2019 at Taylor House Hospice in Des Moines.

Bret was born January 6, 1968 in Des Plaines, IL to Patrick Hamill and Edith "Joanne" Hamill. He lived most of his life in the Des Moines, IA area with the exception of two years in Harlingen, TX. He attended Southeast Polk High School, and was a journeyman in the Painters' Union. He was a commercial painter for many years and then obtained his CDL and drove for Schneider Trucking. Bret enjoyed riding his Harley, fishing, wood turning, Jimmy Buffett, and spending time with his family and friends.

Bret was preceded in death by his father Patrick Hamill and sister Anne Marie Hamill.

A Celebration of Life Party will be held at a later date. Please check back for details.

Condolences may be expressed at www.HamiltonsFuneralHome.com.


Published by the Des Moines Register on Jun. 2, 2019.
To plant trees in memory, please visit the Sympathy Store.
MEMORIAL EVENTS
To offer your sympathy during this difficult time, you can now have memorial trees planted in a National Forest in memory of your loved one.
MAKE A DONATION
MEMORIES & CONDOLENCES
Sponsored by the Des Moines Register.
1 Entry
i went to school with Bret. i am so sorry for your loss and pray for strength for the entire family.. may God hold you all during this sad time. God bless!! Mike c kooker
mike kooker
June 3, 2019
Showing 1 - 1 of 1 results