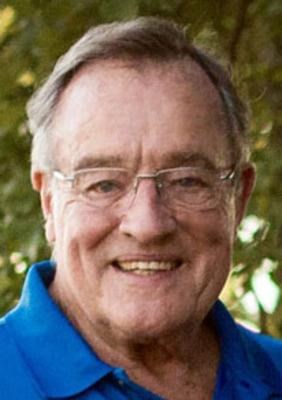 Cal was elected to the Iowa State Senate in 1972, and for most of his 18-year-tenure served as Majority/Minority Leader. He founded Hultman Company, a political consulting firm. Cal was a member of Lutheran Church of Hope and was its first Congregational President. He was an active member of Alcoholics Anonymous. Cal is survived by his wife, Mary; sons, Calvin II, Dan, and Chris; daughters-in-law, Emily and Victoria; and six grandchildren.

Isaiah 40:29
EG
October 30, 2017
Mary, so sorry for your loss.
Robyn Wilkinson
October 27, 2017
I served six years with Cal in the Iowa Senate and always enjoyed his terrific sense of humor and his determination to achieve results. Cal had a great influence in history on events in the Iowa Senate having also helped elect many new legislators with his high energy campaigning.
Stephen Bisenius
October 27, 2017
Cal gave me my first opportunity to be a part of a real political campaign when I joined his team during his run for Iowa's-then 5th Congressional District in 1980. I served on the staff in his Ames office. While 1980 was the year of the Reagan Revolution, and Chuck Grassley defeated sitting Senator John Culver, the 5th C.D. did not go our way. Cal then gave me an opportunity to serve on the Iowa Senate Caucus Staff, which I did from late 1980 to mid-1985.
I will always remember him as a real professional; to me, he was always above-board and tried to do the right thing for the right reasons. He was never full of himself and he seemed always to be patient and willing to listen to anyone's (even the Democrats') side of an issue - I guess that is one of the reasons why he served so long as Senate Republican Leader. I think in many ways he was the Iowa Senate Leader - even in the years when the Republicans were in the minority - with apologies to Lowell Junkins.
Finally, I will also remember his wise counsel, his sense of humor, and his impish smile. Although we did not stay in regular contact after my wife, Jamie, and I moved to Northern Virginia in 1985, I thought about him often - and I will continue to do so - especially when reading about the legislative sessions in Richmond, Va. and Annapolis, Md.
Godspeed, Calvin Oscar.
With sympathy and condolences to Cal's family,
Peter and Jamie Coniglio of Fairfax, Va.
City
October 26, 2017
Showing 1 - 6 of 6 results