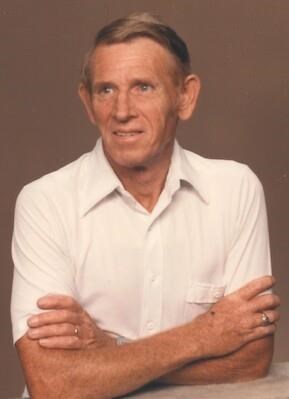 Des Moines - Clarence Eugene "Gene or Red" Gourd, of D.M., Iowa. Passed away peacefully at Taylor House Hospice in D.M., on June 19, 2020. At age 93y, 5m & 29d. He was born December 20, 1926 at home, in D.M., Ia. His mother was known to declare, "The doc got it wrong, he was born at 1pm, on December 21st !" She never made for a formal change nor dispute, we held it as family lore. His Parents were the late Clarence Byron & Catherine Myra-Ida (Shepard) Gourd. Clarence had 3 older Half -Brothers. He was oldest of 5 Brothers- Leon, Stanley, Weldon & the 3 older Brothers- Orville; Orrin; & Bernard. Great Granddaughter-Anna Louise, all going on before him. Surviving are his beloved Wife, Clara Louise (Egbert) Gourd, united in marriage June 28,1952. A Son David Gourd(Rita); Grandsons- David Jr; Charles; Robert & Eric; and Daughter Kathy(Steve)Merryfield; Granddaughters- Heather(Jeff) Sinnwell, Stephanie Merryfield & Amy Merryfield(Jeff); 9 Great Grandchildren(8 surviving);Youngest Brother, CharlesGourd; Sister-in-Law, Donna Ludlow;Brother-in-Law, Bob Pohlenz; many cousins, nieces & nephews across the country mourn his passing.

Clarence lived many places throughout his childhood in both Arkansas & Iowa before his father, who for a while had been on the WPA program of the day, settled into a position as auto mechanic/body repair here in Iowa. Clarence recalled with a fondness, the family home at E.19th and it's going by the wayside with the progress of the MacVicar Freeway. It was a fortunate move, the parents settled into a nice acreage east of the city limits and closer to where Clarence and his family lived.

He was Carman/Foreman for the Rock Island Railroad- in 1951, in Iowa Falls & Alden, Ia., in 1962 transferred to D.M. Staying here, where they raised the family, as The Rock Island became Chicago Northwestern, continuing on with them until injury forced his retirement. He remained a proud member of the Railroad Retirees who gather twice a year. He missed attending those dinners & the camaraderie he so enjoyed there!

During his childhood, he attended many schools in Arkansas & in Iowa, some early years in the Grimes area Jr.High years were at Amos Hiatt & Woodrow Wilson. High School was exclusively East D.M. High School, he was proud to be a Class of 1945 Alumni Member. Although Clarence looked forward to Class Reunions, his health became a hindrance to attend them. He was among those who built and then volunteered as a fireman with the fledgling Delaware Twp F.D. His wife recalls they would hold soup suppers and the like as the building went up and afterwards to raise funds. It may have been then that he became most fond of the phrase 'Lee Township against the World!', often heard in connection to EHS days!

He and several combinations of brothers played music for the radio in Chariton, IA. and by-gone places such as Moonlight Hill. At one time, some of them performed as The Goodtime Troubadours. He played all across Iowa- at Festivals, Nursing Homes, Care Centers and Schools with brother Weldon. They went to nearly, if not all 99 counties! They co-emceed and provided back-up for Fiddlers Contests at Iowa State Fair for many years. Through their music, the 2 brothers known around Iowa as (The Gourd Brothers - Heartland Music) and wife, Louise, referred to as their P.R. person ,were able to attend, as representatives, at The American Folklife Festival in Washington, D.C. in 1976. Also, connected with the Iowa Arts Council - the pleasure of being Artists-in-the-Schools came about. As did participating in the Friendship Force Exchange, which lent an opportunity of a lifetime - travels to England, Newcastle- Upon-Tyne, Whitley Bay and other sites while there. He was a founding member of PMECI, a member of The Fiddlers Association of Iowa. There were many years of volunteering and entertaining at Living History Farms-he so enjoyed it! Even on those sticky, hot Iowa days 'At the Farm'. He loved to go fishing, time for that got pretty short, but he always liked to go try a little fly fishing while he could, he found a fellow enthusiast in one of his doctors over the years and gifted a reel to him, knowing he would never get use of it, so he passed it along. He took great pride in doing lawn work for his own home and for others over the years. "It kept an old guy busy," he'd say, 'Almost too busy'. In the early 70's he was1st VP for D.M. Jr. Miss Softball League - much to his daughter's surprise after all these years! He was a member of The Masons Home Lodge- #192 in Ia. Falls; a member also of Order of the Eastern Star/ White Shrine East Gate Chapter#538, which merged with #89 in Pleasant Hill.

Clarence, an Army Veteran, during WWII, honorably discharged, always down-played his stint in military service saying, "I was stateside." To his final days, in the hospital or doctors' offices, he'd tease them and make them laugh. When appointments were done, he'd turn and say, "Okay then, let's escape!" He will always be remembered as a wonderful husband, father and friend. He continues to be very missed . We are so fortunate to have had him for so many years, to guide and lead, by his example, what thoughtful and purposeful living looks like, personified. He always gave the admonition, "A thing worth doing is worth doing well." I thank my father for the privilege of giving us witness of a Life Done Well.

As per his wishes, Clarence was been cremated & held, until that day when his sweetheart, Clara, can join him, in their Final Journey ~Together.

The family would like to thank the medical staffs that provided care at various stages of his last years of life. Most especially our thanks to Drs. Stanton Danielson, Dr Eric Scott, & Dr. Kyle Alliman. Also, to Taylor House, caring for him in his brief stay there last year.

Check with family onsite for extended gathering time and location, should there seem to be a call for it. Family would like you to consider attending the Fiddler's Dance held at Pioneer Hall, on August 15th, Fair admission will need to be paid, the dance is free, from 7pm to 8pm. Memorial Gifts made to the family will be held for a memorial project in the works. 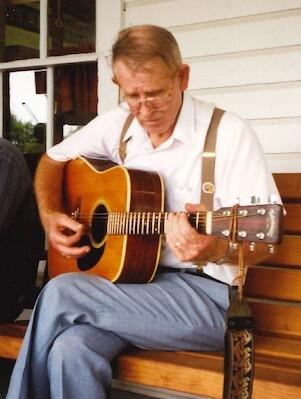 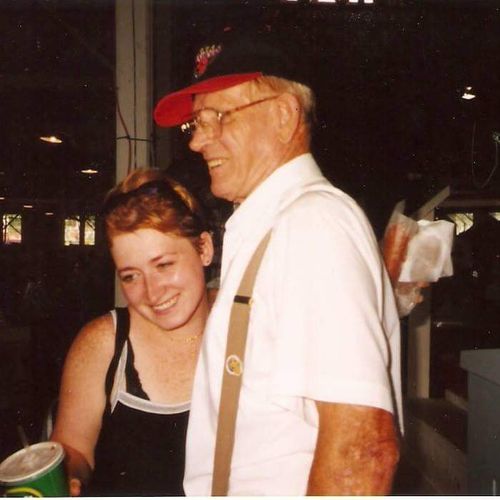 I will forever miss my grandfather. TRULY a man of great words and wisdom.
Amy Merryfield
Family
June 16, 2021
Showing 1 - 1 of 1 results