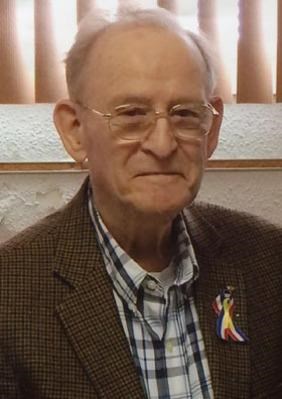 Dan was born in Des Moines to Dr. Dan and Evelyn Danes. He graduated from the 1949 Class of East High School and the Milwaukee School of Engineering with a Bachelor of Science degree in engineering. He served in the Navy during the Korean War conflict on the Quapaw ship and ran the engine during the night shift. Dan worked at Broadlawns Hospital as Chief Engineer for 15 years.

Dan had a wonderful sense of humor. He enjoyed family and friends, dancing, hockey games and traveling to reunions. He also loved to play duplicate bridge and cribbage. His faith was also important to him and he showed it by transporting sick children to the Shriner Hospitals.

Memorial contributions may be directed to Kavanagh House or to the family.

Online condolences may be made at www.hamiltonsfuneralhome.com.


To plant trees in memory, please visit our Sympathy Store.
Published by the Des Moines Register from Jan. 21 to Jan. 22, 2017.
MEMORIAL EVENTS
Jan
23
Visitation
11:00a.m. - 12:00p.m.
Hamilton's Funeral Home
3601 Westown Parkway, West Des Moines, IA
Jan
23
Funeral service
12:00p.m.
Hamilton's Funeral Home
3601 Westown Parkway, West Des Moines, IA
Funeral services provided by:
Hamilton's Funeral Home
MAKE A DONATION
MEMORIES & CONDOLENCES
Sponsored by Hamilton's Funeral Home.
3 Entries
His suffering is over.
Jan Thomas
January 29, 2017
RIP Dan....
Steve and Pam Thomas
January 21, 2017
Dan was a wonderful neighbor and a genuinely nice man. We really missed him and his wife when we moved. We so enjoyed living across the street from them for all those years. He always looked so serious but one day I heard him joking with my husband and realized he was a funny man, too. We will miss you, Dan.
Mike and Chris Montgomery
January 20, 2017
Showing 1 - 3 of 3 results