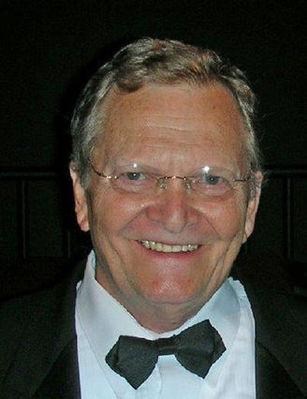 Dennis Ivan Mallory, D.O., 75 of Toledo passed away Monday, May 18, 2015 at Iowa River Hospice Home in Marshalltown. He died of complications from small lung cancer. A Celebration Of Life Service with Masonic Rites and Military Honors will be held Friday, May 22, 2015 at 11:00 AM at the Reinig Center, 1007 Prospect Dr., Toledo. A memorial fund has been established.

Dennis was born March 1, 1940 in Council Grove, Kansas to Dr. Victor A. and Caris G. (Nutt) Mallory. Later, the family settled in the small town of Yale, Iowa, where Dennis' father was a physician and his mother was a school teacher. He married his first wife, Judith Deardorff and had two sons: Sean and Daryn. Dr. Mallory completed his medical degree in 1973 at the College of Osteopathic Medicine and Surgery in Des Moines, Iowa.

In 1974, Dennis married Yvonne (Grimm) Mallory and they moved to Tama, Iowa, where they lived and he practiced medicine as a family doctor for 30 years. He served as the Chief Medical Examiner for Tama County, Chair of the County Board of Health, Medical Director for Tama County EMS, Medical Director for Sunny Hill Nursing Home, and had been a physician for the USA Amateur Boxing Federation. Dr. Mallory had further training in undersea medicine and aviation medicine and later became an aircraft accident investigator for the FAA, and served as Chief Aircraft Accident Investigator for American Airline flight U232 in Sioux City, IA. Additionally, he was a regional consultant for Disaster Preparedness in Iowa and a member of the Iowa Association of County Medical Examiner Advisory Board where he served as past president. Dr. Mallory was appointed by the Governor to the Iowa EMS Systems Standards Committee, served on several advisory boards at Des Moines University, and was an associate Medical Director for Cottingham and Butler in Dubuque, Iowa. Dr. Mallory was also a member of a partner group of the Iowa Foundation of Medical Care and was a member on the Joint Commission of the American Medical Association. Other memberships include: past Board Member of the Iowa Medical Society and the Iowa Chapter of the American Medical Directors Association. He was also a Past Master of Hiram of Tyre Lodge No. 118 and the El Kahir Shrine.

Dennis lived many passions and interests which included scuba diving, emergency medicine, cars, music, and was very proud to be an Inspector General Honorary of the 33rd Degree of the Scottish Rite. Dennis is survived by his wife of 40 years, Yvonne, of Toledo, Iowa, his children, Sean (Cindi) of San Diego, CA, Daryn of Tama, IA, Heather (Alan) Huckleberry of Dubuque, IA, and Ian of North Liberty, IA, and six grandchildren: Shane, Nolan, Samantha, Gabriel, Ethan, and Frederic.

Preceding him in death were his parents.

Kruse-Phillips Funeral Home, Tama-Toledo is assisting the family with arrangements.


To plant trees in memory, please visit our Sympathy Store.
Published by the Des Moines Register on May 20, 2015.
MEMORIAL EVENTS
No memorial events are currently scheduled.
To offer your sympathy during this difficult time, you can now have memorial trees planted in a National Forest in memory of your loved one.
Funeral services provided by:
Kruse-Phillips Funeral Home
MAKE A DONATION
MEMORIES & CONDOLENCES
9 Entries
A close friend in 1962 A great guy sorry to see him leave E.Bill Zussman D.O.
July 7, 2015
Dennis is remembered well, sorry to hear of his passing. Perry M. Dworkin, DO, FACOR, Mhsa
COMS/DMU class of 1965
June 13, 2015
Among his other accomplishments, Dr. Mallory served for years on the Board of Trustees of the American Association of Public Health Physicians (AAPHP).

Rest in peace, dear friend. Thank you for all your service to patients, to our country, and to a world in need of healing. Best wishes!
Dave Cundiff MD MPH
June 12, 2015
I'VE KNOWN DENNY SINCE 1956 WHERE I MET HIM AT
WENTWORTH MILITARY ACADEMY. WE WERE IN HDQ.
CO. WHICH WAS THE BAND AT THE ACADEMY. HE WAS A GREAT MUSICIAN WITH THE TRUMPET AND DRUMS. I
HIGHLY RESPECTED DENNY FOR HIS MUSICAL ABILITY
AND AS SOMEONE YOU COULD ALWAYS COUNT ON WHEN NEEDED. WE PLAYED QUITE A LIST OF "GIGS" THOSE YEARS AT THE ACADEMY. I WAS LUCKY TO HAVE HAD THE CHANCE TO HAVE HIM AS A CLOSE FRIEND.
May 21, 2015
Dennis was a friend of mine and my late father (Carl Burse, Sr.) back in the 60's.
Sorry to hear of his passing.
Brenda Hanson
May 20, 2015
I am so sorry to hear about your loss. I pray your family finds strength in the God of all comfort during this time of sorrow.
May 20, 2015
Denny Mallory was a dear friend and fellow musician of mine during the early 1960's. I have always wondered what happened to Denny who was a vivacious, sharp and wonderful young man. One year younger than me, I might add. Dennis played drums with my band (Jimmy Gale Quartet) and you can hear him in all his glory on the hit record "School is Over" by Jimmy Gale, backed by Helen Gale on piano and Denny on drums. The record is on U Tube. My sincere condolences to Dennis and his family,