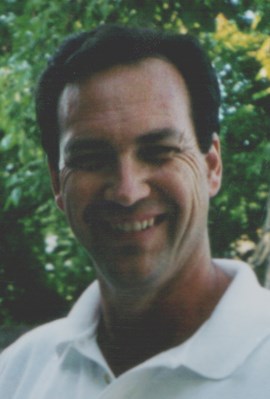 Dick was born February 22, 1954 in Jefferson, IA to Elizabeth (Winebrinner) & Clyde Layman. He graduated from Pomeroy High School and went to Brown Institute of Broadcasting in Minneapolis. His broadcasting career began with KFNF Radio in Shenandoah, IA. He then worked for KBCM and KWSL Radio in Sioux City, until 1976 when he became the News Director for KSO Radio in Des Moines. In 1987 the family moved to Nashville where Dick worked at WSM - the Grand Ole Oprey Station. In 1998 he returned to Des Moines as the morning news anchor for WHO Radio and also worked for the Iowa News Service. Dick loved his career, and felt he never worked a day in his life because he enjoyed the job so much. In addition to his broadcasting, for thirteen years Dick enjoyed Story Telling at the Iowa State Fair with his brother Clayton. He was also instrumental in the founding of the Story Teller's Festival in Story City, IA.

Survivors include his wife, Janet of Pleasant Hill; daughter, Meredith of Pleasant Hill; brothers: Clayton (Linda) Layman and Jerry (Sherry) Layman both of Rockwell City. Dick was preceded in death by his parents.

The family will receive friends 5-8:00 pm, Monday, August 26, 2013 at Dunn's Funeral Home in Des Moines. Online condolences may be made at www.IlesCares.com.

Published by the Des Moines Register from Aug. 25 to Aug. 27, 2013.
To plant trees in memory, please visit the Sympathy Store.
MEMORIAL EVENTS
To offer your sympathy during this difficult time, you can now have memorial trees planted in a National Forest in memory of your loved one.
Funeral services provided by:
Iles Funeral Homes - Dunn's Chapel - Des Moines
MAKE A DONATION
MEMORIES & CONDOLENCES
29 Entries
Janet:
My sympathy to you and your daughter. I went to high school with you and Dick at PHS. May you have wonderful memories to comfort you.
Coleen (Wile) Hohn
September 3, 2013
We will miss having coffee every morning with Dick and company on WHO. Our condolences to his family and friends.
Nanette Host
August 27, 2013
When I came to WSM, I thought I knew everything. Then I met Dick Layman ... who taught me more than I knew there was. Sleep well my friend.
Ron Jordan
August 27, 2013
We will miss Dick's golden voice on the radio. May you find comfort in everlasting memories. Pam and Fred
August 27, 2013
My condolences to the Layman family. May you find comfort from God's word recorded at Ecclesiastes 9:5, 10 regarding the loss of your loved one.
August 27, 2013
I worked with Dick years ago at Kso and he was such a great guy. I will keep you and your family in my prayers.
Opal Turner
August 27, 2013
thanks for giving us the news for so many years. you will be missed.
Rod
August 27, 2013
Mornings will never be the same. We loved his professionalism, authoritative voice & serious tone during news segments & his clever wit with Sheryl. Now I know why he was a gifted newscaster, he was a storyteller. He didn't meaninglessly rattle it off, he related it. My sincere sympathy to his grieving family. Thousands of listeners grieve alongside you. He was a welcome friend in our homes & cars & will be sorely missed. Praying God will give you strength, courage, hope & peace.
Alan & Denise Jones
August 26, 2013
Although we've never met, I felt as though Dick was part of my family. Hearing his voice daily on my radio was one of the most pleasant parts of my daily routine. He will be very missed until God's people are reunited in heaven. My prayers are with you.
Barb Hoover
August 26, 2013
It is true what they say...every life touches another. I never met Dick, but always hear him on the radio in the mornings with Van & Bonnie and always listened to Saturday morning Live with Dick & Cheryl. When I heard he passed away, I cried as if it was my "favorite uncle" or something. My heart felt sympathy to his family and all of the WHO radio family and all. I loved how he would tell the news and stories. This world was truly blessed with him in it. Now heaven is a better place now that he is there.
Linda Mittag
August 26, 2013
Dick was a great asset to my morning show on KSO. I am so sad.

John Leslie
August 26, 2013
I have enjoyed listening to Dick on Van & Bonnie's program and on his program with Cheryl on Saturday mornings for several years. He & Cheryl would always come up with fun things for people to call in to discuss. I will miss him. My thoughts & prayers are with his family & those at WHO radio who were his working family.
Cynthia Fisher
August 26, 2013
Almost like clockwork - DAILY* as I would get on the Interstate to drive into West Des Moines for work, I would hear Dick say.."WHO newstime...7:07" - I will never forget him - I am deeply saddened - Prayers to your family
Sharon Doss
August 26, 2013
Devastated. I missed him on Saturday morning, and shed a tear this morning as I drove to work.
Deb Rasmussen
August 26, 2013
Praying daily for you and your family. We listened to Dick every morning. We feel like we lost a family member.
Amy Jurgensen
August 26, 2013
Such a great professional. My condolences to his family.
Kevin Batts
August 26, 2013
Such an amazing family man. Saturday mornings will never be quite the same for me.
Brian Dean Christensen
August 26, 2013
I worked with Dick at KSO and was shocked to hear this news. You are all in my prayers.
Dave Johnston
August 26, 2013
We're so very sad to hear of Dick's passing. What a wonderful voice and entertaining personality he had. We enjoyed his reading the news every morning and especially loved his co-hosting Saturday Morning Live. Dick brightened mornings for so many! He will be missed so very much. God bless his family and friends as you mourn his loss.
Jim & Julie Turner
August 26, 2013
We will miss you dearly. Love from your Munson family
Lesa Trudeau
August 25, 2013
Dick was a part of our household every morning, and he'll be missed. We're offering prayers for the family who so generously shared him with us for these many years.
Mike Chiodo
August 25, 2013
I've seen the true strength of a human being when I looked at Dick. A truly graceful man whose quiet presence will resonate with me forever. God Bless the Layman family.
Suzanne Lee
August 25, 2013
I was producer of SML with Dick and Cheryl in the mid-2000's. Dick was fun and very professional in his work and I know the entire WHO Radio family, his own family and friends will sorely miss him. My heartfelt condolences!
Craig Vance
August 25, 2013
I will always miss that soothing morning voice and I will treasure the 4 years we worked together at WHO.
Bruce Gaarder
August 25, 2013
So very sad to hear this ~~ we will miss his voice. Prayers to his family.....
August 25, 2013
I will miss his booming voice in the morning! I always new when he said it's 6:07 I needed to be out of the shower! Miss your voice already! Prayers to the family.
Laura Richardson
August 25, 2013
We enjoyed listening to the Dick and Cheryl show ervry Saturday morning.
John and Janis Berger
August 25, 2013
We are sorry to hear of your loss. We will all miss his voice in the morning. God's Speed.
David Brommel
August 25, 2013
You will be greatly missed Mr Layman!
August 25, 2013
Showing 1 - 29 of 29 results