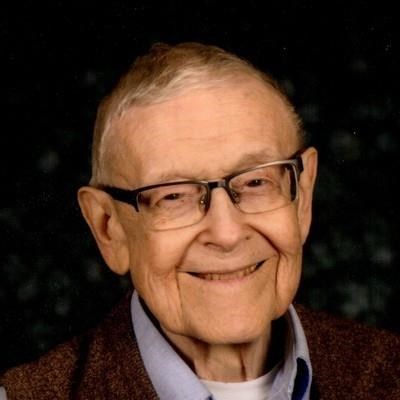 Minneapolis, Minnesota - Edwin Clark Lewis died in Minneapolis on February 22, 2018, at the age of 84.

Ed is survived by his four children: Elizabeth of St. Paul, Jon of Minneapolis, Kendrick of St. Paul, and Mynda of Woodbury, Minn.; by many grandchildren; and by a sister, Marilyn Drunasky of Anaheim, Calif. He was preceded in death by his wife and his parents.

A memorial service will be held at 2pm on Saturday, March 3, 2018 at Lord of Life Lutheran Church, 2126 Gable Lane, Ames, with a visitation with the family one hour prior to the service. In lieu of flowers, the family suggests that memorial contributions be made to either the Iowa State University Foundation for "The Ed and Nancy Lewis International Scholarship for Honors" or Our Saviour's Lutheran Church, 2315 Chicago Avenue South, Minneapolis, Minnesota 55404.