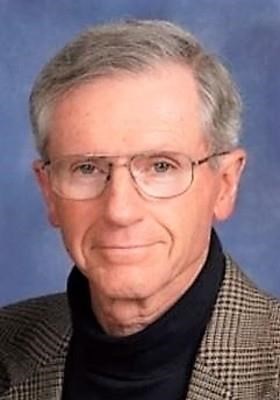 Gary was born in Sigourney, Iowa on September 8, 1942, to James and Ruth Osweiler and grew up on a family farm. He was a 1960 graduate of Oskaloosa High School and active in 4H.

Gary earned his Doctor of Veterinary Medicine degree from Iowa State University in 1966. Following graduation from veterinary college, he worked as a clinician in the Iowa State University Veterinary Diagnostic Laboratory and the ISU Veterinary Field Services unit while earning a MS degree in Pathology (1968). He later went on to become a Diplomate of the American Board of Veterinary Toxicology (1971) and earn a PhD in Toxicology (1973). He served on the faculty at the University of Missouri from 1974-1982 where he taught toxicology to veterinary and graduate students, conducted toxicology research and provided clinical and diagnostic toxicology services through the diagnostic laboratory and teaching hospital. In 1983, Gary returned to the ISU College of Veterinary Medicine as a Professor of Veterinary Toxicology and Section Leader of Toxicology at ISU where he had responsibilities teaching veterinary students, conducting research on toxicology problems affecting pets, livestock, and wildlife, and providing toxicology diagnostic services to clients. He served for many years as the Chair of the interdepartmental toxicology graduate program and mentored many residents and graduate students conducting research on toxicological aspects of numerous agriculture chemicals and nutrient and toxicant interactions with disease. Renowned for his research on mycotoxins, he headed one of the leading veterinary diagnostic toxicology labs in the world at ISU. He served as Director of the ISU Veterinary Diagnostic Laboratory for 10 years (1994-2004) and retired from ISU in 2010.

Most of all, Gary was deeply committed to his family, friends, church and community. He and his wife Sue met at St. Thomas Aquinas Catholic Church in 1964 and were married there in 1966. Together they were involved in parish and community activities throughout his life. Gary was a quiet but powerful model of warmth and true integrity for his family.

Gary was preceded in death by his parents.

Funeral arrangements are under the direction of the Adams Funeral Home and online condolences may be left for Gary's family at www.adamssoderstrum.com. In lieu of flowers, memorial contributions in Gary's name may be directed to Heifer International.