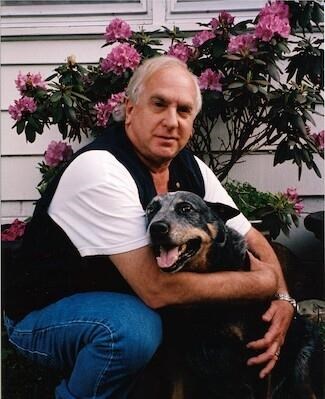 Des Moines, Iowa - Gary Lee Petrus was born in St. Louis, Missouri on April 27, 1945, along with his identical twin, Larry. He died suddenly on Tuesday May 4, 2021 with his wife by his side.

Gary spent most of his formative years in Nevada, Iowa growing up on a farm. He proudly served in the US Air Force based in Wurtsmith AFB Michigan, during the Vietnam War years. He was a Sergeant - Materials Specialist engaging in training of other active duty airmen and was honorably discharged in 1969. During his active duty time, he attended University of Michigan for continued studies.

After leaving the military, Gary worked for many years in the Denver, CO area before returning to the Des Moines area where he made his living in professional sales, primarily in the printing and travel agency businesses.

46 years ago Gary met the love of his life, Margo. With one look, he found his soulmate and 6 weeks later they were married in a beautiful Christmas week candlelight ceremony and neither one ever looked back. Their lives were full of joy, happiness, and laughter, surrounded by loving family, friends and their beloved animals. They were free spirits, who traveled the world together and lived life to the fullest.

Gary was one of a kind - independent, loving, always bringing a laugh to others, caring, and full of life and curiosity. Everyone he met became a friend. Gary shared a love of sports, especially basketball, deeply loved his family, and most of all his wife Margo. He also helped Margo in her professional art career.

Welcoming Gary into heaven are his mother and father Hilda and Albert Petrus, brother Forest Petrus, twin brother Larry Petrus, and his beloved mother and father-in-law Barbara and Gene Reifsnider. Those left to love and cherish his memory are his loving and devoted wife Margo, his sister-in-law Marla Lacey (Steve Znerold), his brother-in-law Jerry Madero, his brother Dale Petrus (Sue), his constant canine companion Kenya, and many nieces and nephews and friends too numerous to mention.

A private family service will be held at Dunn's Chapel on Monday, May 10, 2021 followed by internment at the Veterans Cemetery in Van Meter at a later date. Memorial contributions may be made to the Animal Rescue League of Iowa in Gary's name.

"Live your life every day with no regrets, it will be worth it"….