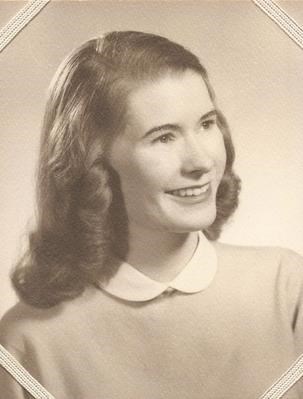 Des Moines - Jean (Byrum) Hoskins Bowers passed away peacefully on April 21, 2019. Visitation and Celebration of Life will be from 1 to 3 p.m. Sunday, April 28, 2019 at McLaren's Resthaven Chapel with a funeral service at 3 p.m. at McLaren's. A private graveside blessing and burial will be the following day at Resthaven Cemetery.

Jean was born on March 25, 1934 in Des Moines, Iowa to Robert and Lillian (Eubank) Byrum. She attended Des Moines Technical and Roosevelt High Schools. Jean graduated from the University of Iowa and later completed her Master's Degree in Education at Drake University. Jean was a member of First Christian Church in Des Moines and loved serving others. Her career choices allowed her to do just that, spending her entire career as an educator, first for the American Red Cross and then as a special education teacher in K-12, Jean notably changed people's lives for the better. In addition, Jean was honored to use her professional skills and serve students at DMACC before retiring to a wonderful life of traveling, cruises, and playing duplicate bridge!

Jean met a very special man later in her life and married Newton L. Bowers, Jr. in 1991. Newt and Jean thoroughly enjoyed life together in Clive and the Des Moines metro. They loved dining out with friends and family before or after Drake basketball games, which they attended religiously. Gino's was an all time favorite restaurant of theirs, which they were regulars. To say Jean and Newt enjoyed playing bridge would be an understatement, as they were fixtures at bridge houses and were a pairing that was a force to contend with! A duo with sharp minds and unmatched tenacity would be the perfect billing for these two bridge enthusiasts. Jean and Newt truly loved playing bridge. They played locally, in tournaments across the U.S., and their passion for the game even took them to some games overseas.

Jean enjoyed traveling her entire life and especially with her beloved husband Newt. They traveled the world together enjoying cruises, extended riverboat tours, spending time at historical sites, and discussing the historical significance and contrast with modern day life. Their quest for knowledge and learning was great and their lifetime of acquiring knowledge and experiences unfolded best when they debated life, politics, world peace, and increasingly complicated bridge strategies. Most notable for both Jean and Newt was their immense love of family and friends. Jean and Newt were stronger together, now they are together forever and will always be in our hearts.

For Jean, her days on this earth were full for sure, yet nothing compared to her devout love of her son, Doug. Their relationship was special, quite engaging on both their parts, and was a joy that kept both of them close and in awe of each other. Jean's devotion as a mother never waivered and was one of her greatest enjoyments. Jean valued relationships that crossed what some would seem to be boundaries, like an active and cherished relationship with Terry Hoskins-Hart, a step child from her first marriage to Bob Hoskins - father of Doug Hoskins.

Jean loved many different sports and was an avid Chicago Cubs fan her entire life. She was lucky to watch every World Series victory by the 2016 World Champion Cubs with her son Doug. She told great stories of Hawkeye sports from the 50s and 60s. From a young girl, alongside her parents Bob and Lil, and throughout retirement Jean was a faithful Drake booster who loved everything about Drake University. She had the honor of meeting the Drake 1969 men's basketball Final Four team at the airport upon their return, along with her entire family. Being a sports enthusiast was an integral part of what made Jean tick!!

In lieu of flowers, please send memorial gifts to Drake University Athletics, the Adams Bowers Actuarial Education Center at Drake, the Hawkeye Bridge Association Unit 216 for their Education Programs, or the Animal Rescue League of Iowa. 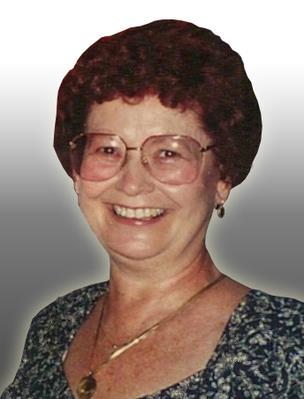 So sorry for your loss. May your hearts soon be filled with wonderful memories of joyful times that you shared together. May the underserved kindness of our Heavenly Father provide you with the comfort that you need. (Psalms 94:19)
PJG
April 26, 2019
As you remember your love one, as God heals your broken hearts (Psalm 147:3), may your treasured memories continue to bring you peace, comfort, and strength to endure.
April 25, 2019
It can be so hard to face the first year without your loved one, but the love of family and friends can carry you through.
Dean E. & Beverly Baer
April 25, 2019
Sorry for your loss. May God sustain you at this time of great loss. "I love God because he hears my voice, my pleas for help."(Psalm 116:1)
Anthony
April 24, 2019
Showing 1 - 5 of 5 results