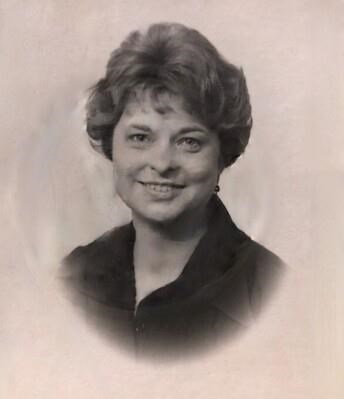 Peoria - Kathryn Kay Hainline (Chapman) 83 of Peoria, AZ passed away on June 2, 2021 at her home - with her family by her side. Kathryn was born on May 25, 1938 in Orient, IA to Glenn and Ester (Kuhns) Chapman. She graduated from Cromwell High School, and then went to Drake University and obtained a teaching certificate. On July 21, 1957 she married Harold Hainline, and they moved to the Chicago area - where they started a family.

Kathryn worked at Washington National Insurance Company, and then Lutheran General Hospital in Park Ridge, IL in Admitting. She was one of the very first employees of Lutheran General. In 1979, Kathryn and Harold moved to Arcadia, CA - where she was employed by Arcadia Methodist Hospital.

Kathryn started doing floral design work for a local furniture store, and later developed it into a business of her own. She started Kay's Designs, and produced over 2,000 florals for store customers, as well as doing interior design and decorating work, and also selling furniture. In 1993, Kathryn and Harold moved to Paradise Valley, AZ - where she continued her design work, until finally retiring in 2005 to Peoria, AZ.

She was preceded in death by her parents and in-laws Henry and Nellie (Thompson) Hainline, and brother-in-law Frank Augustine.

Kathryn's legacy continues not only with her two children, and four granddaughters, but in the countless number of hearts in those whose lives she touched. She will be dearly missed by all who were blessed enough to know her.


To plant trees in memory, please visit our Sympathy Store.
Published by the Des Moines Register from Jun. 7 to Jun. 9, 2021.
MEMORIAL EVENTS
No memorial events are currently scheduled.
To offer your sympathy during this difficult time, you can now have memorial trees planted in a National Forest in memory of your loved one.
Funeral services provided by:
Heritage Funeral Chapel
MEMORIES & CONDOLENCES
Sponsored by Heritage Funeral Chapel.
2 Entries
I will miss Kay dearly. I always looked forward to seeing her and Harold for their appointments. My deepest condolences to Harold and their entire family.
Greg Ceyhan DDS
Friend
June 23, 2021
My earliest recollections of Aunt Kay are of her smile. It surely is a new light in the heavens now. Kay . . . wife, sibling, parent, grandparent and friend will be deeply missed. Praying you find peace and comfort from the lifetime of memories in the days ahead.
Kirk Augustine
Family
June 9, 2021