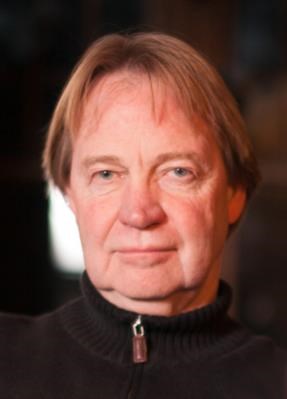 Kirk graduated from Abraham Lincoln High School in 1972, from the Massachusetts Institute of Technology (MIT) in 1976 with a Bachelor's Degree of Science in Art and Design, and from the University of Oregon in 1978 with a Master of Architecture. At Lincoln High School, he was Class President and Salutatorian. He was later inducted into Lincoln High School's Hall of Fame. At MIT, he served as President of Phi Gamma Delta fraternity.

Through leadership, public advocacy, and tireless energy Kirk made significant contributions to design excellence, to public understanding of architecture, and to the alliance of architecture and arts. He vigorously led a quest for design excellence in work that spanned from the smallest private projects to the most prominent public urban design and art projects.

He is recognized as one of the finest experts of historical preservation in Iowa and has played a leading role in some of Des Moines' most significant institutions, including the Western Gateway Plan, Des Moines Art Center, Salisbury House, and Hoyt Sherman Place.

As Editor of the Iowa Architect, he created an award-winning, nationally prominent magazine covering architecture, art, graphic design, and urban design issues throughout the United States. As Editor of Architecture at Hand, he organized the first comprehensive guidebook of significant regional architecture.

Kirk became involved with the Des Moines Art Center in 1980 and later served on the organization's Board (1989-2008) and as its President (2000-2003). He currently served on its Acquisitions Committee and remains an Honorary Trustee.

Beginning in the late 1990s, Kirk personally developed, renovated and restored the first buildings in the East Village, setting the stage for the vibrant community it is today. Such buildings include the Teachout Building, the Hohberger Building, and the Locust Tap. Kirk is recognized for spearheading the rehabilitation of the neighborhood, as well as redevelopment projects in Stuart and Perry, Iowa.

Kirk always made time for his family and friends, most significantly for his children. He most enjoyed spending summers with his family in Cape Cod and supporting his children at their athletic and extracurricular activities. He was very involved with Roosevelt High School athletics, including soccer and baseball. He designed and led the financing of the Roosevelt Baseball Facility, which he dedicated to his father Darrel H. Blunck.

Visitation will be from 5 to 8 p.m. Thursday at Iles Funeral Homes - Dunn's Chapel, 2121 Grand Avenue. Funeral services will be at 1 p.m. Friday at Dunn's Chapel.

Memorial donations may be made to the Des Moines Art Center.

To plant trees in memory, please visit our Sympathy Store.
Published by the Des Moines Register from Jan. 27 to Jan. 28, 2016.
MEMORIAL EVENTS
No memorial events are currently scheduled.
To offer your sympathy during this difficult time, you can now have memorial trees planted in a National Forest in memory of your loved one.
Funeral services provided by:
Iles Funeral Home - Dunn's Chapel
MEMORIES & CONDOLENCES
34 Entries
News of Kirk's passing just reached me and although I had lost contact with him since college, I remember him so vividly in our fraternity as a leader and a role model. He had a quiet confidence and was someone whom you always knew would be successful in life and in his career. Doreen, I'm so terribly sorry about this tragedy and my heart goes out to you and your family.
Bill Kaiser
April 6, 2016
Kirk's passing is a great loss on many levels Pat and Darryl, I can't imagine your deep pain at this time. The ups and downs we experience on this earth are often things we can take in stride, yet, this one is much harder by all means. May your faith engulf your thoughts and bring you great comfort and ultimately peace. Great sympathies to Kirk's immediate family and . of course, prayers for my dear friend, Laura . so very, very, very sorry for this loss. May Kirk rest in peace and his memory be eternal . until you all meet, again. God Bless You all.
February 1, 2016
My heart breaks for the entire Blunck family. I have always thought of them as a class act. So intelligent, artistic and nice people. My thoughts and prayers are with all of you.
Nancy Burns
February 1, 2016
When ever Kirk came into 5th Steet Finds he was usually looking for antique lighting or hardware for a project. His passion for restoration was clear. And it was shared by his Mom and sister Laura -- their shop was in 5th Street Finds too. Miss seeing you all there. Thoughts and prayers to you all.
Karen Leibold
January 30, 2016
Dearest Blunck Family,

We are devastated to learn the news of Kirks death
while out of town. Kirk was brilliant and always challanged you for the right answer. I adored working with him on Brown Camp Lofts. Definitely a visionary! A class of his own. His family a treasure, we love and support you all.

Sincere codolances with love and respect,
Kristi and Bill Lozier
January 29, 2016
Sorry for your loss. I didn't know Kirk well, but fondly remember being in Art Class with him at Lincoln. He signed my yearbook by painting a picture and signing his name. I always thought that was special. Prayers to the family.
Judy Bass Coverdale
January 29, 2016
Sorry for your loss.
January 28, 2016
I am so sorry for your loss. Prayers to the entire Family.
Alice (Mercer) Benge
January 28, 2016
Kirk was a quiet, brave, creative designer whose leadership immeasurably enriched Des Moines, Iowa and beyond. He will be sorely missed. I join many in extending sincere sympathy to his family and colleagues.
Kate Schwennsen
January 28, 2016 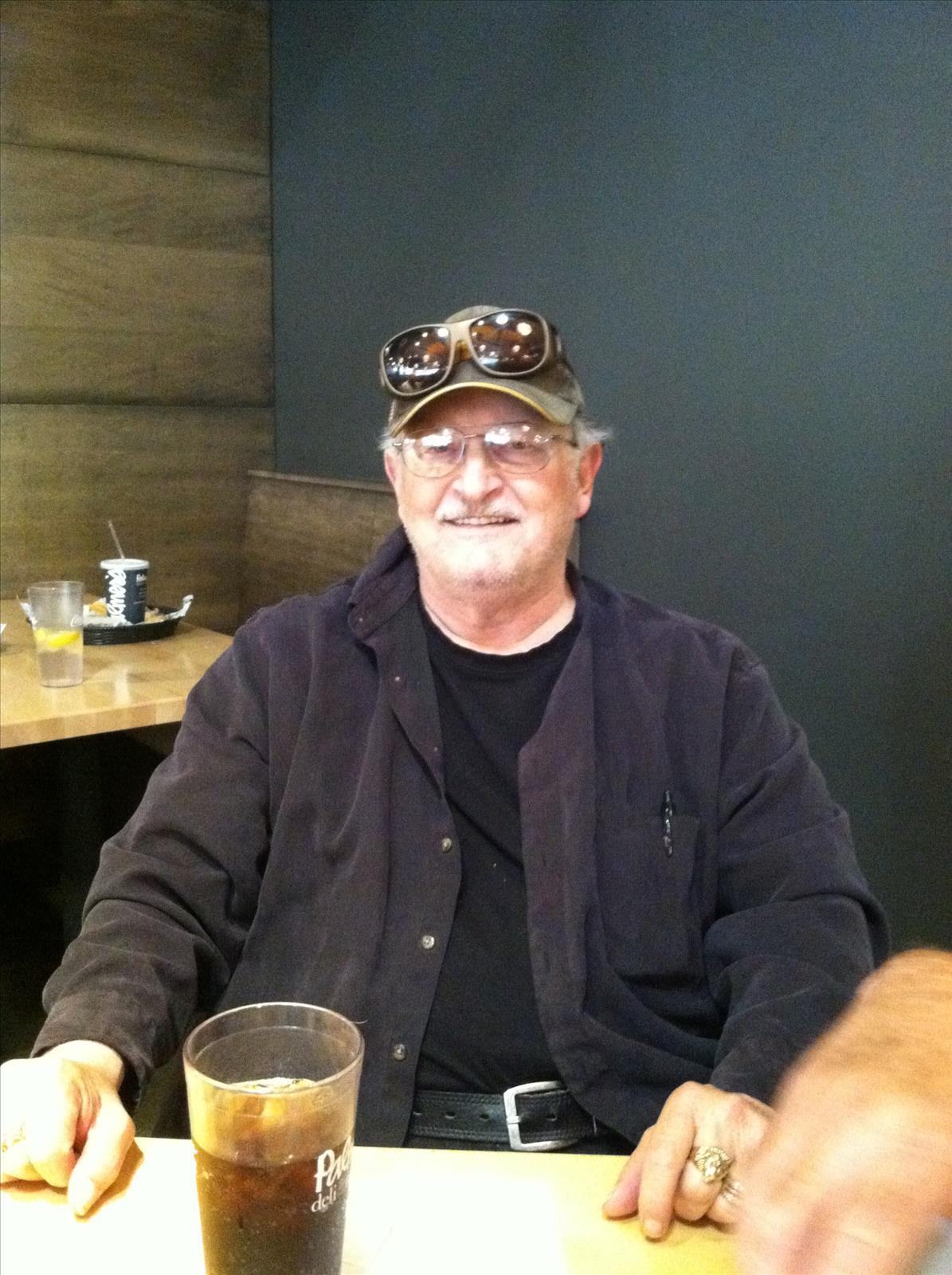 Kirk was an outstanding student in my math classes in the early 70s. He was one of my best students of that decade. His achievements in architecture are phenomenal. He was taken from this life too soon and will be missed by his family, friends, and colleagues. May you relive the wonderful memories shown in the memorial video. May he rest in peace. Amen.
Gary Bagby
January 28, 2016
When we lose a loved one here on earth, we gain an angel in heaven that watches over us. May you take comfort in knowing that you have an angel to watch over you now. I extend my most sincere condolences.
Liz Shore
January 28, 2016
Kirk was a brilliant and talented man. His parting is a great loss. Our thoughts and prayers to his family and friends.
Rod and Jan Kruse
January 28, 2016
Kirk was an inspiration to me as I enjoyed working him on the Art Center, Salisbury House, Hoyt Sherman Theater, and his East Village projects.
Steve Boers
January 28, 2016
Doreen & family, Rod and I send our deepest sympathy. Kirk always had a welcomed smile and will be missed greatly. The LT family will miss him dearly.
Angie Schaffer
January 28, 2016
Sorry to here about Kirk our prayers go out to all your family. Bill- Diane Oleson
January 28, 2016
Steve and Pam Thomas
January 28, 2016
I will always remember with pleasure working with the Blunck family at Hanawalt School.
Sincerely,
Nena Denman
January 27, 2016
Kaitlin, I was so sad to hear of your father's passing. I don't know if you remember me, I was your Spanish teacher at Merrill. I also went to high school with your dad and remember his kindness and great big smile. I lost both my brothers recently and unexpectedly, and my heart goes out to you and your family in this great loss.
Carole George
January 27, 2016
Donna Irvin
January 27, 2016
Doreen and Family,
We are so sorry to hear of your loss. May the Lord take care of your broken hearts.
The Family of Carol Martin
January 27, 2016
You have our deepest sympathy Doreen. Very sad to hear of your loss.
Mary McEntee
January 27, 2016
Dear Doreen and family - I send you my deepest sympathies. Kirk's brilliance, style, creativity, and generosity will be missed by me and so many other's whose lives he touched...and the award-winning spaces he created...for me and for so many others. Our/my hometown sparkles as a result of his deep inner-spark.
Beverly Davis
January 27, 2016 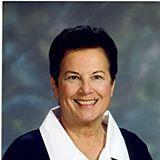 My deepest sympathies to the entire Blunck family on the loss of your dear loved one, Kirk. He was such a strong supporter of Merrill Middle School & so involved in his children's education. I always looked forward to parent/teacher conferences & the chance to visit with the Blunck family.
Corrinne Reed
January 27, 2016
Doreen & family ,
I'm so sorry to hear of the death of Kirk! Prayers to you all at this time of sadness.
Jan Yegge
January 27, 2016
Doreen Ryan and Family Our family is so Sorry To hear about Kirk He was the Hardest working guy I know I remember him working 24 Hours Straight and coming to one of Ryan's baseball games all the way to KC. Our prayers our with you always!!!
Jim,Cathy, Brett Kinning and Family
Jim Kinning
January 27, 2016
Kirk was a visionary and such a compassionate man. I will never forget how kind he was to Mike and I, and that infinite smile that always existed every time I saw him. I will forever be grateful for him supplying an 'institution' and creative place at the Locust Tap for us to discover our common interests and bond as a LT family. Rest in peace Kirk.