Mark N. Vos died on May 12, 2013, after a long battle with heart disease. His life was claimed by cardiac arrest at the age of 58.

Mark spent 40 award winning years in the radio business with many different radio stations. He was an Iowa radio celebrity. Many remember him as one of "those guys in the morning". He was dubbed the "best voice in Iowa radio".

Mark had a passion for baseball. He played his first game at the age of seven in Otley, Iowa, in 1961. His little league team still remains the only little league team to win the championship in Pella, Iowa. Mark was a life-long St. Louis Cardinals fan. He has passed that loyalty on to his children. He also had a passion for music. He played bass guitar with bands Jif and the Choosey Mothers and Snakes in the Hay. He took great pride in a CD he recorded of his own music with Snakes in the Hay titled "Postcard from the 70's".

Mark was survived by his children: Christopher (Kate) Vos, Amber Vos and Erik Vos; his grandchildren: Anthony, Holland and Evan Vos; and his best friend and partner, Cindi Hollings.

He was predeceased by his parents, Nelson and Gertrude Vos; and his brother, David Vos. Mark will be cremated and per his wishes, a private family service will be held at a later date.

Online condolences may be left at www.brooksfuneralcare.com.

Published by the Des Moines Register on May 14, 2013.
To plant trees in memory, please visit the Sympathy Store.
MEMORIAL EVENTS
To offer your sympathy during this difficult time, you can now have memorial trees planted in a National Forest in memory of your loved one.
MAKE A DONATION
MEMORIES & CONDOLENCES
10 Entries
Though I never met Mark, I was a friend of his dear brother David, and met mother Gertrude, long ago. Talent and wit obviously run deep in this family. To his surviving family I send my condolences and hope that sweet memories will guide you through.
Carolyn Wolfe
December 14, 2013
Always remember Marks golden voice on KRNA as half of "Those Guys in the Morning" with Glen Gardner. Another great memory was when Mark introduced Stevie Ray Von and Double Trouble live at the Paramount Theater in Cedar rapids back in 1984 I think it was. God Bless you Mark and family.
Bruce Walter
May 26, 2013
I still remember playing the 1964 season. Best friends in Otley and together watching your brother on "Floppy". Everybody in town new the two Mark's. God's Speed
Mark Staal
May 23, 2013
Remembering all the things that made our friendship special. May your family be comforted by the many warm thought of those who care.
Rocheen Andrews
May 15, 2013
On Sunday, my sister, Cindi, lost the most wonderful man in her life, Mark Vos, and our family is mourning the loss of a loved one who was taken way too soon.

Mark was quite frankly, one of the best men I have ever met. I doubt there is another one like him in the world. He was patient, kind, gentle, funny, smart, a total gentleman and was devoted to the people he loved. Unfortunately, his family genetics gave him a heart which would ultimately take his life at age 58.

We're all missing him like crazy and feeling such sadness for Cindi and his loving son, daughter and grandchildren. There are so many of us who loved Mark like a brother and will miss him every day for the rest of our lives!

There will never be another Mark; he was one of a kind. Gifted in so many ways, loved by so many people. 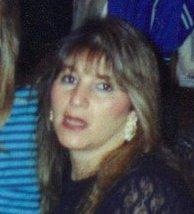