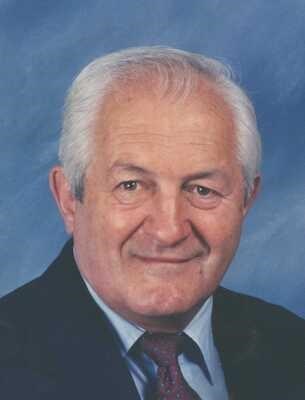 Polk City - Raymond Gerald Mikulan, 87, passed peacefully from this earth to be with our Lord on June 26, 2021, surrounded by family.

Ray was born to Eva and John Mikulan on May 27, 1934, in Winnipeg, Manitoba Canada. He enjoyed playing hockey throughout his youth which led him to a professional career as a goalie in the IHL and AHL. Later on, he managed the Des Moines Ice Arena and owned and operated Ray's Restaurant and the Carousel Lounge in Des Moines.

Ray met Sharon Leopold at the Carousel, and in 1976 they became owners/operators of Mary's Café in Polk City, IA, and renamed it the Landmark Restaurant. Ray was affectionately known by their many friends and patrons as "Nice Guy Ray". They enjoyed 33 happy years at the Landmark, retiring in 2009.

He was preceded in death by his parents; brother, Lou Mikulan; and his sister-in-law, Betty. 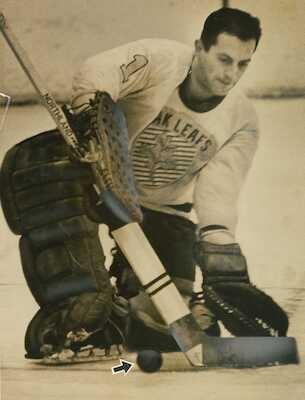 Published by the Des Moines Register from Jun. 28 to Jun. 29, 2021.
To plant trees in memory, please visit the Sympathy Store.
MEMORIAL EVENTS
Jun
29
Visitation
5:00p.m. - 7:00p.m.
Assumption Catholic Church
1906 Sycamore , Granger, IA
Jun
30
Mass of Christian Burial
10:30a.m.
Assumption Catholic Church
1906 Sycamore , Granger, IA
Funeral services provided by:
Memorial Services of Iowa
MAKE A DONATION
MEMORIES & CONDOLENCES
Sponsored by Memorial Services of Iowa.
6 Entries
My fondest memories of Ray are with the Oak Leafs. I spent many years at the Ice Arena in the early 70's and was always in awe of his skill as a goalie. He was a gentleman through and through.
Kathy Crook
Other
July 7, 2021
I send my condolence to Sharon and the family My prayers and my thoughts. Ray was always so sweet, so fun to talk to. Ray will be missed.
Patsy Lane
Friend
June 30, 2021
My deepest sympathy for your loss . Great memories at the land mark .
Rebecca Reynolds
Other
June 30, 2021
In loving memory of a wonderful person. Sending my thoughts and prayers during this difficult time.
Mike Mayer
Friend
June 29, 2021
So sorry for your families lost...He was a wonderful guy! I remember going into to the Landmark as a little girl and playing on the Pac Man machine almost every Friday night, and eating pizza.
Beth ( Easter) Knuth
June 29, 2021
May God bless you and your family in this time of sorrow. Sending my love and prayers.
Amy Mayer- Strable
Friend
June 28, 2021
Showing 1 - 6 of 6 results