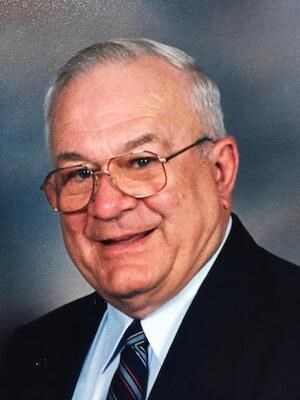 Born in Des Moines, Iowa, Ray was the son of the late Harold and Lorene (Carmer) Porter. He lived over 50 years in Des Moines, IA and was a graduate of North High School (class of 1949). He had served in the Airforce in the early 1950s, and was later employed by Northwestern Bell-in Des Moines, IA, retiring with over 30 years of service.

Ray and his wife Karen (Turner) were married in 1951 and were typical newlyweds of the era, and by the time they were 23 years old, they had three very active children: Dennis, Robert and Kathy. They were always involved with the children's many activities and Ray spent several years as a Little League baseball and football coach and Boy Scouts' father. Ray was always there to spend time teaching the kids the 'right way' or the 'Ray Porter' way of doing something, be it fishing, hunting, canoeing, waterskiing, sports, building things, wiring phones, outlets, and fixing vehicles. Ray 's help in building two homes for Dennis in NH was greatly appreciated. Bob and Kathy also benefited from Ray's expertise in tiling, painting, and general construction on houses and condos that they had owned. He and Karen were always there to help even if it meant sleeping on cots in an empty home for days to get the work done.

The Porters spent many summers at Ray's parents' home on Lake Tetonka at Waterville, MN where the whole family enjoyed many wonderful vacations. Other vacations included several canoe trips to northern Minnesota in the mid 1960's, the 1969 Florida-NASA Apollo moon launch and numerous camping trips throughout the Western US in the old 1965 Chevy Belair wagon, pulling the old homemade fold-out camper. It was a wonder that one could see out of the cars side rear windows with all the state and national park stickers attached. Those were times of adventure, excitement and learning that the family will always cherish with Ray leading the way.

Ray was always a rock to the family as a father, teacher, provider, and a helping hand to anyone who needed help. Through the years, he helped nieces, nephews, family members and friends with many building projects that illustrated his passion for building things. He often stated he should have been a carpenter.

They moved to Table Rock Lake, MO in the early 1980's, where he enjoyed the retired life on the lake fishing and boating with family and several NW Bell coworkers. In addition, Ray enjoyed working at Silver Dollar City in Branson, MO.

In 1989, they moved to Sun City, AZ for their final retirement destination and volunteered at Banner Hospital in Sun City. After moving to Royal Oaks, Ray continued to volunteer at the R.O. woodshop with many other woodshop guys building projects.

Besides his parents, he was predeceased by his wife Karen in 2019. He is survived by his brother Dick and his wife Marilyn Porter of Franklin WI, three children: Dennis Porter and Paula Porter of NH, Robert Porter and Idalia Porter of AZ, and daughter Kathy Morgan and Larry Morgan of AZ. His only granddaughter Sara, has been his greatest blessing and provided her with many stories about Bob's early Boss Mustang and hippie days. Grandpa was always there for Sara, attending school plays to helping her purchase her first car. He was most proud of her University of Arizona experience and pre-law classwork.

He also leaves many Porter, Turner and Terwilliger family and friends who will surely miss him.

Celebration of life shall be private and will be held at a later date. In lieu of flowers, memorial donations can be made to an organization of your choice.


Published by the Des Moines Register from May 26 to May 28, 2021.
To plant trees in memory, please visit the Sympathy Store.
MEMORIAL EVENTS
To offer your sympathy during this difficult time, you can now have memorial trees planted in a National Forest in memory of your loved one.
MAKE A DONATION
MEMORIES & CONDOLENCES
Sponsored by the Des Moines Register.
2 Entries 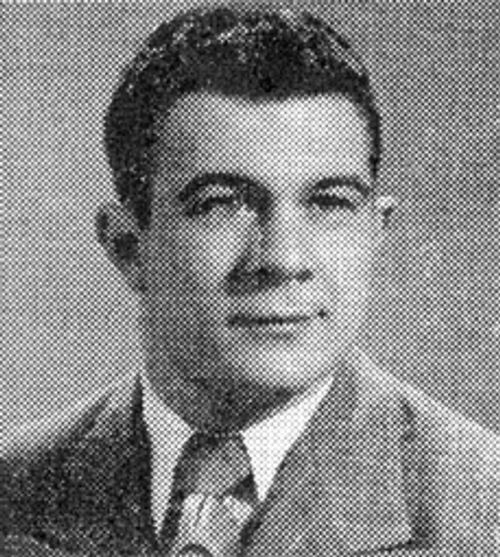 The halls of North High are diminished with Ray's passing. Prayers and thoughts to his family and friends. Ray's 1949 North High class page:
http://www.ndmhs.com/pages/yearclass1949(2019.70).html

Claradell Gergely Shedd
Class of June, 1953
Claradell G Shedd
Classmate
June 5, 2021
To the Porter families we offer our sincerest sympathies. I worked with both Ray and your Gpa Harold and remember them as one of the finest families. You have expressed that very well in your writing. Your Gpa Harold and Gma Lorene took my wife and I, as newlyweds in the mid-50's, on a boat excursion at Birdland lagoon here in DM where they taught me to water ski. That is just one example of their kindness which they passed along to your father. We are proud to have known them and worked with them. May Good Bless them and you all.
Don and Dorothy Wilson
Coworker
May 28, 2021
Showing 1 - 2 of 2 results