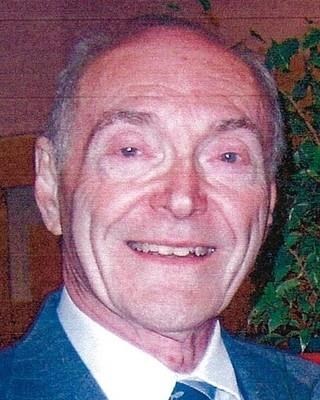 Dick was born in Des Moines, IA on July 16, 1929, the son of Carl and Iylene (Lambe) Caplan. A proud graduate of East High School, Dick earned a B.S. degree from Iowa State College, and M.A. and M.D. degrees from the State University of Iowa. Following military service in the United States Air Force and residency training in Dermatology at the University of Michigan Medical Center, Dick joined the faculty of the University of Iowa College of Medicine in 1961 in Dermatology, advancing to Professor in 1969, where he continued to serve until retirement in 1997. From 1969-1991 he also served half-time as Associate Dean for Continuing Medical Education. His curiosity and creativity were widespread, with interests in science and medicine, education, arts, humanities, philanthropy, and travel, but none more than attention to his family, its well-being and development.

Among honors he received from many organizations and service on a great many committees, he took special pride in the following:

1) the Hancher-Finkbine Medallion recognizing leadership, learning, and loyalty as a UI professor (1992)

2) the Michael J. Brody Award for Faculty Excellence in Service to the University and the State of Iowa (1993)

3) the establishment of the Richard M. Caplan Chair in Biomedical Ethics and Medical Humanities (1997)

7) the election as Secretary, then Vice-President, then President of the Society of Medical College Directors of Continuing Medical Education (1978-82)

8) his founding within the UI College of Medicine of two persisting programs he considered of special value: a.) MECO--the program for post-freshman students to experience Iowa community practice, and b.) the Program in Biomedical Ethics and Medical Humanities, in which he participated for many years.

His published material includes 3 books, 132 articles, 26 book reviews, 14 book chapters, 239 short monthly essays about education for the Journal of the Iowa Medical Society, plus many other letters, notes, exhibits and learning aids.

In addition to his professional interests, Dick was a life-long musician, frequently performing as a piano soloist, playing with chamber-music friends, or as a dance-band, jazz ensemble or cocktail-lounge pianist, or as clarinetist or piano soloist with the Iowa City New Horizons Senior Citizens Band. In retirement he began to generate transcriptions of short classical pieces, largely for piano solo, which were performed with friends as cello-piano duets, or other combinations featuring the flute, ultimately achieving a library of more than 300 works. Through the years he served the Iowa City Community Theatre as an actor on stage and more importantly as music director for eight of their musical shows. As a fan of Sherlock Holmes, Dick was a member of the Baker Street Irregulars (investiture as Dr. Jackson), the founder/long-term director of the Younger Stamfords of Iowa City, and the author of a book of fiction and articles about Holmes. As a completely new activity in retirement he learned the rudiments of being a visual artist, and generated many drawings and canvases. He had opportunities for widespread travel which he enjoyed for its merits in expanding his pleasing efforts as a lifelong learner.

Online condolences may be sent to www.lensingfuneral.com


To plant trees in memory, please visit our Sympathy Store.
Published by the Des Moines Register on Aug. 22, 2019.
MEMORIAL EVENTS
Aug
22
Funeral service
2:00p.m.
Agudas Achim Congregation
401 East Oakdale Blvd, Coralville, IA
Funeral services provided by:
Lensing Funeral & Cremation Service
MAKE A DONATION
Please consider a donation as requested by the family.
MEMORIES & CONDOLENCES
Sponsored by Lensing Funeral & Cremation Service.
11 Entries
Heartfelt thoughts and prayers go out to the family. Please find comfort in God's word.
August 30, 2019
Dear Ellen and Family,
I am so very sorry to hear this news, and even sorrier that I was out of town and unaware and not able to attend the service. Though it has now been a few years ago, there was a time when Dick and I played piano four-hand quite regularly. It was a great joy to get to know him through that shared experience. He was such an exceptional man--with wonderful humor and gentle kindness. I know you have many memories of this dear man, and I hope they will be a comfort to you at this very difficult time.
All best wishes,
Gerhild
Gerhild Krapf
August 24, 2019
May his memory be for a blessing.

Karen and Jonathan Lautman
Karen Lautman
August 23, 2019
Ellen and family. Sorry to hear the sad news. Dick Ansher called us early yesterday and let us know. Have a lot of fond memories of Dick and enjoyed seeing him and you all more recently in Iowa City and Des Moines. Thinking of you

Andy and Renee and family
August 23, 2019
I am so sorry to hear of Mr. Caplan's passing! His son Joel was one of my dearest friends in high school. I know he was a good man by the way his son treated everyone around him. I will pray for your family during this difficult time! God bless you!
Mark Logan
August 22, 2019
Thank you Dick for the wonderful friendship you provided my mother (Marilyn) ~ you were a very bright light in her life.
Mark Trumpp
August 22, 2019
I worked with Dr. Caplan many years in his role as Director of the Office of Continuing Medical Education. I always appreciated his attention to detail though at times my appreciation came after the program was completed. The last time I saw him (this summer) he was on his way to a History of Medicine meeting at the College of Medicine with several of his colleagues. Ever the scholar!
Gayle Nelson
August 22, 2019
A sad farewell to a most gifted man. May you find peace & satisfaction on a new plane of existence. Jan and I will fondly treasure your musical gifts & extended background re: the lore of Sherlock Holmes. Your many contributions to our lives will be fondly recalled and long remembered. Courage and comfort to Ellen and family from Jan Nelson and myself.
Lyndon Crist
August 22, 2019
Ellen and the Boys,

Marshall just told me the news. I am very sad. Dick was the nicest, most generous and smartest person I have ever known. He guided me through some rough spots in college and during my whole life. I will always cherish his sage advice about life and all of our conversations and emails over the years. I am so glad that we got together every time you were in SF and when I visited Iowa City. I learned so much.

Ellen, please stay in touch. I am so sad about your loss, the kids loss and the loss of all of the people he touched in so many different fields. I will continue to try to emulate him the best I possibly can.