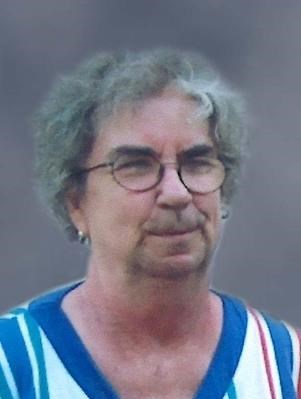 Huxley - Sandra (Steele) Bauge, 77, formerly of Huxley, IA, passed away Saturday, June 27, 2020, at the Madrid Home, her home away from home since September of 2014 as she dealt with Alzheimer 's disease.

Sandra was born May 5, 1943, to John and Betty (Slack) Steele in Omaha, NE. She grew up on the south side of Des Moines and graduated from Des Moines Lincoln High School with the January 1962 class. She worked in various departments of the City of Des Moines government.

On June 20, 1971, she married Kenneth Bauge. Sandy and Ken made their home in Huxley and for several years they owned the Dairy Sweet in Huxley. After selling the business Sandy worked as a home health aide through Mary Greeley Medical Center in Ames. In retirement she enjoyed visiting friends, watching old comedy shows such as MASH and The Golden Girls, and cheering for the Iowa Hawkeyes and Chicago Cubs.

She was preceded in death by her parents, her mother-in-law Ruby Bauge, her sister Sue and several aunts, uncles, and cousins.

Sandy is survived by her husband of 49 years Ken of Huxley, her brothers, Larry (Lee) of Norwalk and Dennis of Madrid, her sister Jane (Ralph) Leto of Des Moines, brother-in-law Leonard Reeves of Sargent Bluffs, six nieces, six nephews, one great-nephew and two great great nieces.

A memorial fund is being established.

Memorial services will be held at a later date. Sundberg-Kirkpatrick Funeral Home is in charge of arrangements.


Published by the Des Moines Register from Jun. 30 to Jul. 5, 2020.
To plant trees in memory, please visit the Sympathy Store.
MEMORIAL EVENTS
To offer your sympathy during this difficult time, you can now have memorial trees planted in a National Forest in memory of your loved one.
Funeral services provided by:
Iles Funeral Homes - Sundberg-Kirkpatrick Chapel - Madrid
MAKE A DONATION
MEMORIES & CONDOLENCES
Sponsored by Iles Funeral Homes - Sundberg-Kirkpatrick Chapel - Madrid.
1 Entry
So sorry to read of Sandy's passing. Prayers to all your family
Marlys Curry
Friend
July 5, 2020
Showing 1 - 1 of 1 results