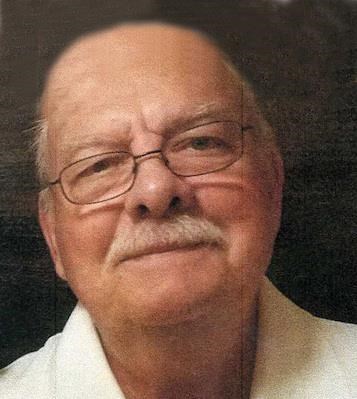 Altoona - Steven Eugene Kellerhals, age 73, of Altoona, formerly of Tipton, Iowa passed away on Wednesday, June 2, 2021 after a two year battle with cancer.

Steve and Margie were married for 49 years. Steve graduated from the University of Northern Iowa with an Accounting degree in 1971 and became a certified CPA. He served in Vietnam with the First Calvary Division where he received a Bronze Star, two Purple Hearts and an Air Medal. Steve was a Master Mason and worshipful Master of King David Lodge and a member of the ZaGaZig Shrine. He was also a member of the Altoona United Methodist Church.

Steve worked at American Federal and later at GTech where he played a critical role in creating the Iowa Lottery.

Steve loved spending time with his family above anything else. He cherished going to all of his grandchildren's sporting events and cheering them on. He enjoyed fishing, golfing and was an avid Hawkeye and Cubs fan.

He was preceded in death by his parents, Paul and Ruby Kellerhals; Brother, Jerry and an infant son.

Memorial contributions can be made to the family or the Shriner's Children's Hospital.


To plant trees in memory, please visit our Sympathy Store.
Published by the Des Moines Register from Jun. 5 to Jun. 7, 2021.
MEMORIAL EVENTS
Jun
8
Visitation
5:00p.m. - 7:00p.m.
Altoona United Methodist Church
Jun
9
Funeral service
10:00a.m.
Altoona United Methodist Church
Funeral services provided by:
Hamilton's Altoona Funeral Home
MAKE A DONATION
Please consider a donation as requested by the family.
MEMORIES & CONDOLENCES
Sponsored by Hamilton's Altoona Funeral Home.
3 Entries
I had the extreme pleasure of working with Steve at GTech. He always lead with a tough mind and good heart. I was blessed to have him as a mentor and friend. My thoughts and prayers are with his family.
Angela Edmonson
Friend
June 10, 2021
Ryan, My sympathy to you an your family !All the best. Your 18 hole buddy.
Kenny Wolf
Acquaintance
June 7, 2021
May the memories of Steve be it husband, Dad, or Grandpa comfort you in this time of sorrow.♥ Mark & I are happy to have known him as a friend and neighbor. His memory will live on through the fond thoughts we all have of Steve . He will be missed but not forgotten❤
Mark & Mary Jo Witt
Friend
June 6, 2021