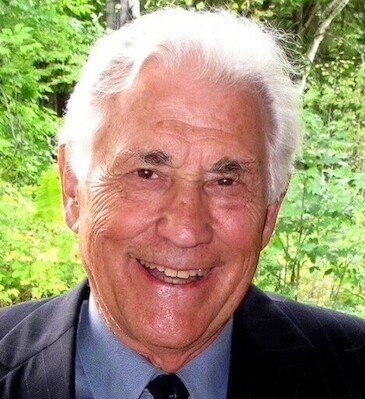 Clarence (Cal) Lee Hudson was born on February 9, 1928 to William C. Hudson and Lelia A. Hudson and grew up in Royal Oak. He served in the U.S. Army from 1946-1948, stationed in Saipan. After his discharge, he attended both Michigan State University and University of Michigan as an undergraduate. He then attended University of Michigan's Law School, graduating in 1953. He was a business lawyer whose practice included corporate law, real estate, probate and divorce. He served as President and Director of the Oakland County Bar Association, was a member of the Royal Oak Chamber of Commerce and contributed to numerous other professional and civic organizations. He only recently retired from practicing law at age 85.

Cal was a "lover of life" and he'd be the first one to tell you this. He had a sense of adventure and curiosity that took him around the world exploring new places. His keen eye afforded a life-long hobby of photography and many of his images were award winners. The kitchen was his "happy place" and his cooking skills were well known (and appreciated). He was a man of many talents and often remarked that he could sew a button on better than any of his wives. His immediate family and extended family provided him with love-filled holidays and added to his collection of memories; memories he dearly cherished during this past year.


Published by The Detroit News & Detroit Free Press from Jul. 16 to Jul. 17, 2021.
To plant trees in memory, please visit the Sympathy Store.
MEMORIAL EVENTS
To offer your sympathy during this difficult time, you can now have memorial trees planted in a National Forest in memory of your loved one.
MAKE A DONATION
MEMORIES & CONDOLENCES
0 Entries
Be the first to post a memory or condolences.