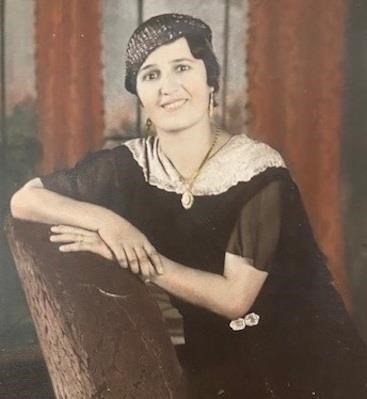 Ann Arbor - Danica "Dana" Dabich, age 89, of Ann Arbor, Michigan, and professor emeritus in biochemistry at the Wayne State University School of Medicine passed away on Saturday, June 20, 2020. "Dana" was born August 6, 1930 in Detroit, Michigan the daughter of the late Milan and Mildred (nee' Spoljar) Dabich.

Danica was a biochemist, educator and scientist. Danica received her Bachelor of Science degree in Chemistry from the University of Michigan in 1952. Three years later, she earned her Master of Science degree from Ohio State University. Also in 1960, Danica earned a Doctor of Philosophy degree from the University of Illinois. Danica began her career as an analytical chemist at Phillips Petroleum Company in 1952. In 1955, she took a position as a research assistant at E. B. Ford Research Institute for Medical Research, where she worked until 1956. In addition, Danica served as a postdoctoral fellow at the University of Freiburg in Germany from 1960 to 1961. Danica then returned to the United States and held a position as research associate at the Wayne State University School of Medicine. In 1963, she then became an instructor and an assistant professor. In 1970, she became an associate professor in biochemistry at the Wayne State University School of Medicine. She was also a member of the American Society of Biological Chemistry & Molecular Biology and the American Chemical Society. In her spare time Danica enjoyed reading, gardening and music. Danica was also preceded in death by her brother, Steve Dabich. She leaves behind her sister, Lyubica Dabich and a brother, Sam Dabich. A private family service was held and Danica was laid to rest at Evergreen Cemetery near her brother and her parents.

Please visit www.muehligannarbor.com to leave the family your condolences.

Published by The Detroit News & Detroit Free Press from Jul. 23 to Jul. 26, 2020.
To plant trees in memory, please visit the Sympathy Store.
MEMORIAL EVENTS
To offer your sympathy during this difficult time, you can now have memorial trees planted in a National Forest in memory of your loved one.
Funeral services provided by:
Muehlig Funeral Chapel
MAKE A DONATION
MEMORIES & CONDOLENCES
0 Entries
Be the first to post a memory or condolences.