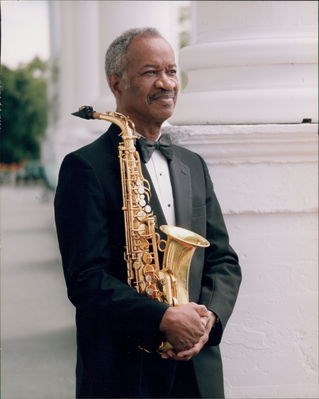 Detroit - George Franklin Benson Jr., Detroit's jazz saxophone legend, passed away on March 9, 2019 at the age of 90. George has a stellar reputation as a masterful alto and tenor saxophonist, as well as music educator. He has performed at the Montreux Jazz Festival in Switzerland and the Old Time Jazz Festival in Breda, Holland. His CD "George Benson Sax Master" earned the 2000 Detroit Music Award for Outstanding Jazz - Traditional, Instrumentalist and Recording. In 2001, this CD was placed in the city of Detroit's time capsule, which is to be opened in 2101. He has performed and recorded with such artists as Marvin Gaye ("What's Going On,") Stevie Wonder, The Temptations, Aretha Franklin, Ella Fitzgerald, Lionel Hampton, Nancy Wilson, Louis Armstrong, Sammy Davis Jr., and many others. George has shared his musical expertise with students at Wayne State University, Schoolcraft College, Cranbrook, as well as giving private lessons. He served as a corporal in the U.S. Army during the Korean War and was stationed in Oahu, Hawaii playing in the Army band. He wrote an Army march for which he received an award. He was featured on the TV show PM Magazine in a segment titled, "The Postman Swings Twice" showing how he successfully managed his post office job during the day, and his musical gigs at night. He retired from the U.S. Postal Service in 1994. George was always a devoted family man, choosing his family over fame and fortune by deciding not to move to New York. He was married to his wife LaJune for 63 ½ years; she passed away in 2015. George adored his granddaughter, Kaylani, who he called "papa's girl." George's health started declining late in 2018 and he spent most of 2019 in the hospital. He was blessed to celebrate his 90th birthday in February 2019. He leaves his children Michael and Kimberly, granddaughter Kaylani, brother Ronald, and a host of nieces, nephews, fellow musicians and fans to cherish his wonderful life and musical legacy. His music will live on for generations.

To plant trees in memory, please visit our Sympathy Store.
Published by The Detroit News & Detroit Free Press from Mar. 13 to Mar. 14, 2019.
MEMORIAL EVENTS
No memorial events are currently scheduled.
To offer your sympathy during this difficult time, you can now have memorial trees planted in a National Forest in memory of your loved one.
MAKE A DONATION
MEMORIES & CONDOLENCES
13 Entries
I am John D. Bonaventura Jr. I was a student of George's from 1977 to early 1980. Studying Jazz improvisation with him also gave me a friend that helped me thru some hard times the biggest thrill I had with him was, I was in The Rhoedes Band playing at a wedding, the tune we were playing was "Blue Bassa Nova" at the end of the tune I opened my eyes n there he was, my mentor George Benson with a big smile. he turned walked away n as he left the room he was still smiling. I feeling I had was overwhelming. At my next lessen he said "you did good" I live in California, I'm 69 n was telling friends about George n in looking for some pic read this news. George F. Benson is my friend n my mentor, peace be with him n Gods blessings
John D. Bonaventura Jr
Friend
June 16, 2021
I took jazz improv lessons with George, he was so encouraging and patient. So sad to hear of his passing. I still have my notebook from my lessons with him.
andrea moon
November 3, 2019
George and LaJune were our neighbord on Ilene street and Kim and Mike were playmates of my children. Nice people and good neighbors.
Betty Shinaberry
September 18, 2019
I just found George's obituary too late. George and LaJune were my neighbors on Ilene street. Kim and Mike were my children's friends. They were fine people.
Betty Shinaberry
September 18, 2019
I met George in 1953 when I was assigned to the 264th Army Band in Schofield Barracks on Oahu. We spent many hours playing and between gigs talking about our state, our cities and our schools for the 18 months of our time together. We met again on the web and spent the last many years contacting on Facebook as we talked about our families and physical woes. Now that he has taken the lead into our after-life, I will be looking for him when I go. Be patient, old friend.
Bob Shaw
June 23, 2019
I met George through Miriam Wright, a 102 year old lady that passed away in December. She knew and loved George, having gotten to know him over her years as a pianist and jazz lover. I would drive her to many of the jazz perfomances over the years and she would always seek out some of her dear friends. When George was ill, she made sure to have me help her a get well card for him. Even in her last few months, she would ask me if I had read anything about how he was doing. The last time the two of them met was in 2015 at a performance in Southfield. I have posted that photo in the gallery, as well as one of him playing that day. I offer my sincere condolences to the family. May both George and Miriam be at peace and enjoying eternal music.
Laurelle Bennett
May 1, 2019 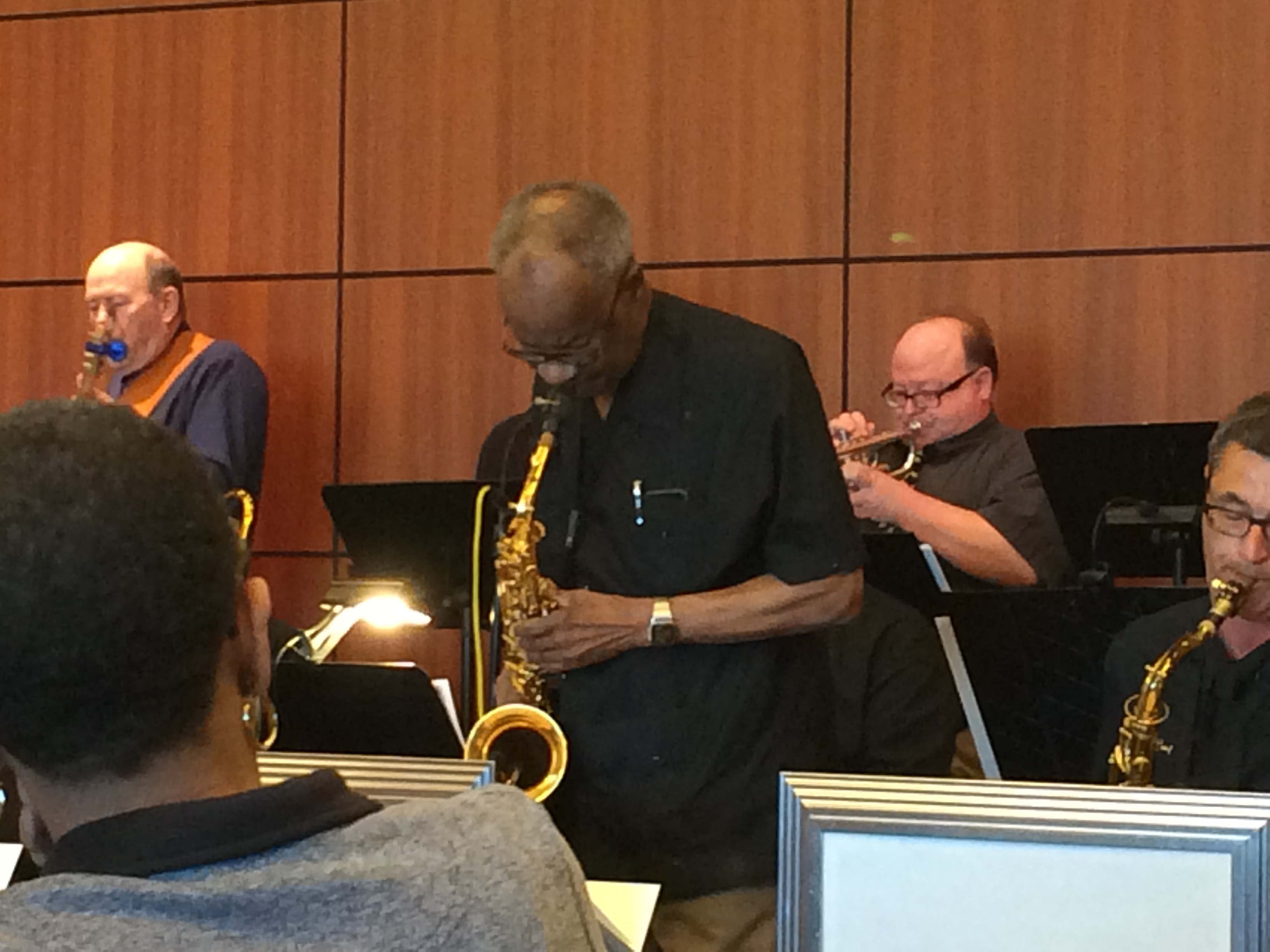 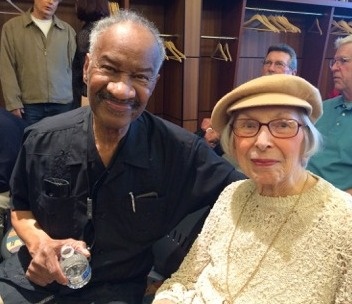 Laurelle Bennett
April 30, 2019
I am so sorry to hear of your loss. May your family be surrounded by much love and comfort.
Psalms 71:21
S G
March 14, 2019
In memory of a great musician and great man, George Benson. With sympathy to his family. 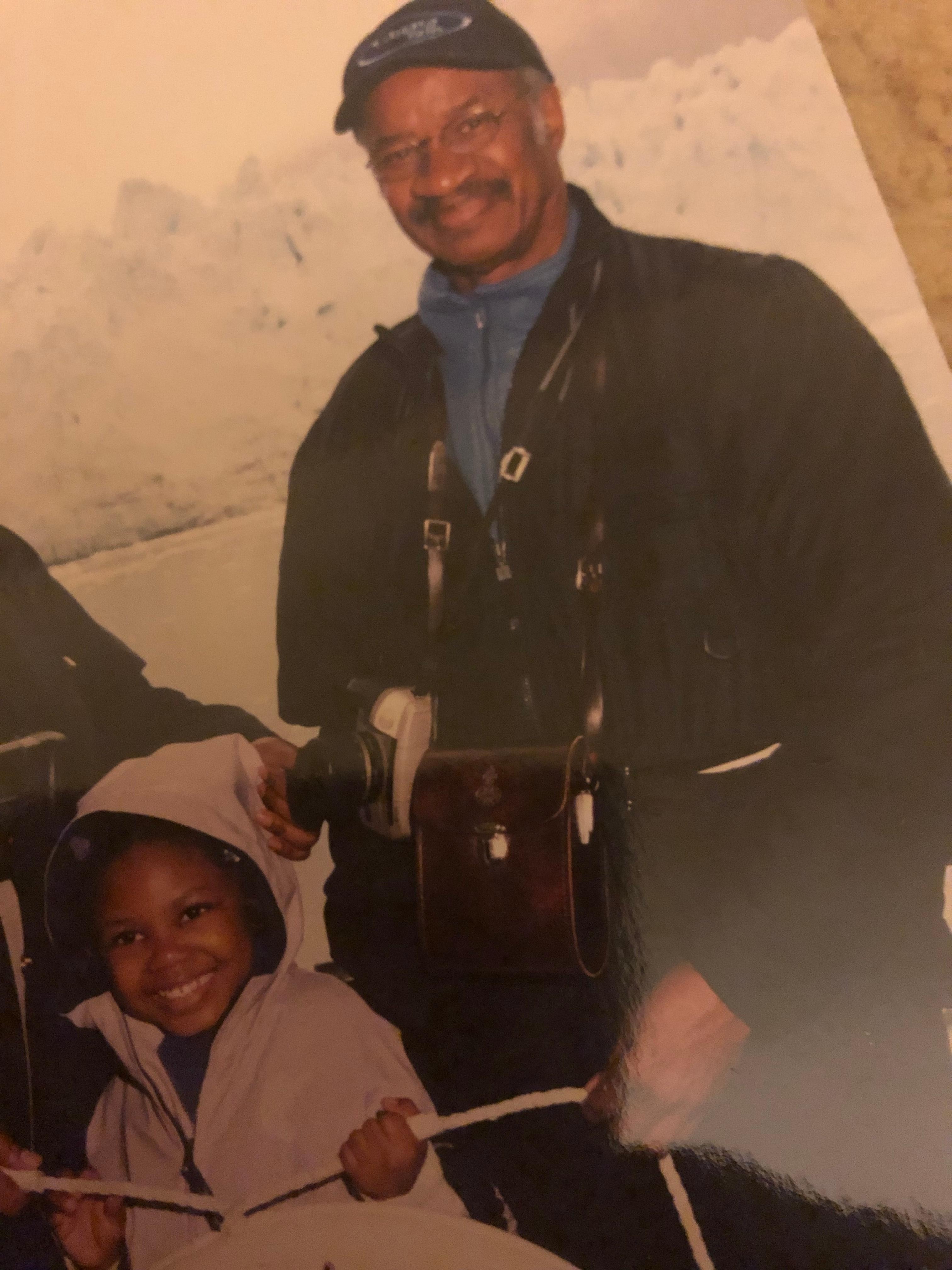 I love you, papa ❤
Kaylani Benson
March 13, 2019
Not only was George an absolutely great musician, but he was also an absolutely great human being who was always cheerful and friendly. I feel so blessed that I knew George, and was able to perform with him. About a year ago, I had gone to the Top Dog to see him, and he was just wonderful. He sang, which I had never heard him do before, and the crowd loved it and begged for more. He was a man filled with love. God Bless.
Richard Boelter
March 13, 2019
Dear Kim, Mike, and Kaylani,
I am honored that I had the chance to meet George. When he played, I would forget to breathe and would feel so sad when the music ended. He was a gift to us all.
Fred and I are not only sorry for the loss of your father and grandfather but also sorry that his music stopped. We didn't get to hear enough .
Love,
Carol
Carol Robertson
March 13, 2019
Showing 1 - 13 of 13 results