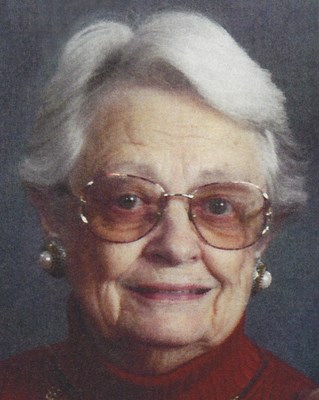 Saline - Died peacefully on Sunday, November 18, 2018 at age 96 of causes incident to advanced age. She was born July 20, 1922 in Caro, MI the daughter of Thurman M. and Ezoa (Potter) Clay. A resident of Saline, MI for most of her life Jeannette graduated from Saline High School in 1940 as Valedictorian. She attended the University of Michigan School of Nursing and then continued her education at Michigan State University where she earned a bachelor's degree in Bacteriology in 1944. Employment followed at the Dow Chemical Company synthetic fragrance laboratories in Midland, MI. On March 10, 1945 she married Max Carven Collins, the love of her life, in a double ceremony with Jeannette's late sister Catherine and the late Milton Hartman in East Lansing, MI. Max and Jeannette were blessed with a long and happy marriage culminating in the celebration of their 70th wedding anniversary in March, 2015. Jeannette excelled in her long career as a devoted wife, homemaker, mother of four children, grandmother of eight and great-grandmother of twins. She volunteered locally for many years as an election judge and at Red Cross Blood Banks, Saline Community Hospital and the First United Methodist Church of Ann Arbor where she and Max remained members for some 50 years. For more than 35 years she spent her summers at the beloved family cottage in Bay View, MI where the peony garden that she and Max planted and tended is admired throughout that community. Also in Bay View she participated in the Woman's Council and the Campus Club. Gardening, award-winning handiwork, choral music, crossword puzzles and MSU sports remained her strong interests. She was preceded in death by her parents; two sisters Betty (Don) Francisco and Catherine (Milton) Hartman and on December 2, 2015, her husband. Survivors include her brother T. Robert Clay (Teri) of Florida and children Julie Anne (the late Dale Wolke) of Northville, MI; Brian Clay (Roy Figurski) of Grosse Pointe, MI; Liza Lee (Richard Adams) of Kenosha, WI; and Kevin Jon (Colleen Coogan) of Rockport, MA. Her grandchildren are Ana and Mara Wolke; Emily (Steven Siegel) Adams; Ethan (Krystal Bern) Adams; Eric (Jenny) Adams; and Grace, Clara and Max Coogan Collins. Twin great-grandchildren are Samuel and Amelia Adams. Grand-dog Edith May provided Jeannette much pleasure, companionship and comfort. The family expresses deep appreciation for the long and loving attention provided to Jeannette by the caregivers at Towsley Village of the Chelsea Retirement Community, Chelsea, MI. In lieu of flowers, memorial donations are suggested to the Bay View Association, P.O. Box #583, Petoskey, MI 49770 (www.bayviewassociation.org). Envelopes will be provided at Robison-Bahnmiller Funeral Home, 301 East Michigan Avenue, Saline, MI where friends are invited to call on Saturday, December 1, 2018 at 10:00 A.M. until the time of the funeral service at 11:00 A.M. with interment to follow at Oakwood Cemetery. For more information or directions please visit www.rbfhsaline.com.


Published by The Detroit News & Detroit Free Press on Nov. 25, 2018.
To plant trees in memory, please visit the Sympathy Store.
MEMORIAL EVENTS
Dec
1
Calling hours
10:00a.m.
Robison-Bahnmiller Funeral Home, Inc.
301 East Michigan Ave., Saline, MI
Dec
1
Funeral service
11:00a.m.
Robison-Bahnmiller Funeral Home, Inc.
301 East Michigan Ave., Saline, MI
Funeral services provided by:
Robison-Bahnmiller Funeral Home, Inc.
MAKE A DONATION
MEMORIES & CONDOLENCES
4 Entries
My sincere condolences for your loss. As you endure this difficult time of sorrow, please turn to the Most High God for comfort as his word assures us at Jeremiah 29:12,13 "you will call me and come and pray to me, and I will listen to you."
November 28, 2018
My condolences. May you find comfort and peace in knowing that your loved one is in God's memory, because those who pass on are precious in his eyes. Psalms 116:15
November 26, 2018
Please accept my sincere condolences for the loss of your loved one. May your family and friends surround one another with much love and comfort at this very difficult time. Psalms 71:21
S G
November 26, 2018
My condolences to the family at this very difficult time. May the God of all comfort bring you comfort and may the words of our Lord and Savior Jesus at John 6:40 strengthen you and bring you hope for the future.
Joyce Evans
November 20, 2018
Showing 1 - 4 of 4 results