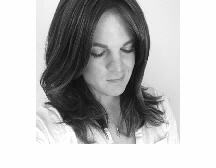 SHIPPS, MAKAILA JESSIE Age 31, passed away Tuesday, June 23, 2015. She was born in Birmingham, Michigan and had been a resident of Hampton for a year. For eleven years, Jessie served her country in the U.S. Air Force from September 2003 until September 2014 and achieved the rank of Staff Sergeant. Her last assignment was at the Defense Information School at Fort George G. Meade in Maryland as a photography instructor. Jessie also served as a forensic photographer at the Joint POW/MIA Accounting Command and Joint Base Pearl Harbor-Hickham, in Hawaii. During Operation Enduring Freedom, she served with the 455th Operational Support Squadron, at Bagram AB, in Kabul, Afghanistan as a weapons system video technician. As a photojournalist, she had also served with the 344th Wing Public Affairs, at Davis-Monthan AFB, in Tucson, Arizona. She was awarded numerous awards and decorations, including 2 Joint Service Commendation Medals, 3 Air Force Achievement Medals, a Joint Meritorious Unit Award, 2 AF Outstanding Unit Awards, a National Defense Service Medal, an Afghanistan Campaign Medal, a Global War on Terrorism Service Medal, and an Air Force Expeditionary Service Ribbon with Gold Border. Jessie is survived by her spouse of 5 years, Leeanna Shipps; daughter, Grace Taylor; parents, Richard and Patricia Shipps; and brothers, Alex and Zach Shipps. A memorial service celebrating Jessie's life was held on Monday, June 29 at Gloria Dei Lutheran Church, in Hampton. Friends are encouraged to visit www.parklawn-woodfh.com to share memories and words of condolence with the family. Arrangements are under the care of Parklawn-Wood Funeral Home, 2551 N. Armistead Ave., Hampton, VA 23666.
To plant trees in memory, please visit our Sympathy Store.
Published by The Detroit News on Jul. 5, 2015.
MEMORIAL EVENTS
No memorial events are currently scheduled.
To offer your sympathy during this difficult time, you can now have memorial trees planted in a National Forest in memory of your loved one.
MAKE A DONATION
MEMORIES & CONDOLENCES
0 Entries
Be the first to post a memory or condolences.