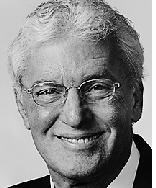 "CHUCK" The attorney and former Detroit Recorder's Court judge, known for his commitment to social justice, will be remembered in a public memorial service on Saturday, March 8, from 2-4 p.m. in the Community Arts Auditorium at Wayne State University. He died suddenly of natural causes on December 26, at age 67, while vacationing in Mexico. A small graveside service was held on Dec. 31 in Birmingham, Alabama, where his parents, Harry and Dora Ravitz, are buried. Born in Omaha, Nebraska, he earned a bachelors degree from Babson College, a masters in international relations from the University of Pennsylvania and a law degree from the University of Michigan. As a young radical lawyer, Ravitz and his then-partner, Ken Cockrel Sr., railed against the Detroit establishment to shut down a lethal decoy police squad, revamp the jury selection process and improve Wayne County Jail conditions. Dubbed America's first elected Marxist judge, he refused to stand for the Pledge of Allegiance at his 1972 swearing-in ceremony, in part to protest the Vietnam War. While a judge, he was lauded, even by would-be enemies, for his legal reasoning and fairness. Ravitz joined the Southfield law firm of what's now known as Sommers Schwartz P.C. in 1986. While there, he continued to "do the right thing" battling for handicap accessibility on city buses, representing wrongly convicted clients and seeking justice for sex abuse victims. He left the firm in early 2007 to start Ravitz Mediation Services, LLC and serve of counsel at Hertz Schram P.C. in Bloomfield Hills. He is survived by his wife, Berna Ravitz, and their son, Anthony Ravitz; Jason Ravitz and Jessica Ravitz, the children from his first marriage to Allyn Ravitz; two granddaughters, Amelia and Zoe Ravitz-Dworkin, and their mother, Melissa Dworkin; his sister, Bunny (Joel) Rotenstreich of Birmingham, Ala.; and countless admirers. For a map to his memorial service and information about the scholarship established in his name, visit www.ravitzmediation.com
Published by The Detroit News on Mar. 3, 2008.
To plant trees in memory, please visit the Sympathy Store.
MEMORIAL EVENTS
To offer your sympathy during this difficult time, you can now have memorial trees planted in a National Forest in memory of your loved one.
MAKE A DONATION
MEMORIES & CONDOLENCES
0 Entries
Be the first to post a memory or condolences.