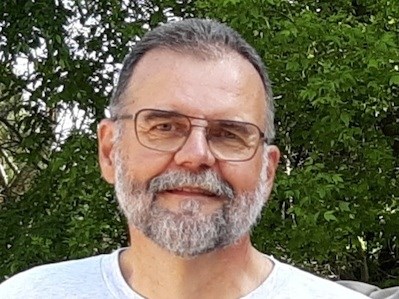 Livonia - 68, passed away on July 27, 2021. Ken is survived by his wife, Mary, of almost 45 years; his daughter and son-in-law, Allyn and Tim Begnoche; his son, Brett Fedoronko; grandchildren, Harley and Eliza; brothers-in-law Neil Williamson and Richard (Michele) Cain; and sisters-in-law Lauraine (Paul) Ferris and Barbara (James) Oberliesen. He is preceded in death by his parents Garslow and Catherine Fedoronko, and sister Janice Williamson. He was a loving husband, dad, grampa, uncle (aka Unk), cousin, and friend and will be forever missed. Ken was born on October 23, 1952 in Detroit, Michigan. He grew up in Dearborn, Michigan and graduated the Class of 1970 from Edsel Ford High School. He received his Associates Degree in Mechanical Engineering and was a certified welder. He began working for Ford Motor Company in 1973 where he worked as a draftsman, journeyman, metal modelmaker, and systems engineer until he retired in 2007. He returned to Ford as a contract worker on various launches until he retired again in 2016. In addition to taking pride in his job, he was an avid hunter, fisherman, and general outdoorsman. He also enjoyed going to the family cottage on the lake. He loved woodworking, gardening, yard work and tinkering in the garage. Ken will be remembered by everyone that knew him as a hardworking, creative, loving, supportive, funny, and straight shooting man. A celebration of his life will be held at a future date. In lieu of flowers, the family suggests memorials to Angela Hospice (14100 Newburgh Rd, Livonia, Michigan) or the Livingston County Wildlife and Conservation Club (6060 E Michigan 36, Whitmore Lake, MI 48139). www.santeiufuneralhome.com


Published by The Detroit News & Detroit Free Press from Jul. 31 to Aug. 1, 2021.
To plant trees in memory, please visit the Sympathy Store.
MEMORIAL EVENTS
To offer your sympathy during this difficult time, you can now have memorial trees planted in a National Forest in memory of your loved one.
Funeral services provided by:
John N. Santeiu & Son, Inc. - Garden City
MAKE A DONATION
MEMORIES & CONDOLENCES
4 Entries
May God bless you and your family in this time of sorrow. Ken was a positive inspirational influence for me and others and a joy to be around. I will miss you buddy!
Kevin Mills
Work
August 2, 2021
Sorry about the Family tag, too many hands on the keyboard this morning...
Dale White
Friend
August 2, 2021
My deepest condolences for your family's loss. Ken was a great man, he had the funniest stories and was always willing to teach us younger folks how to do the job right! "In the end, it´s not the years in your life that count. It´s the life in your years." - Abraham Lincoln
Dale White
Family
August 2, 2021
My heart goes out to Mary and the entire family. Ken was a true and best friend. Words cannot express how much he will be missed. A harder working person I never knew and he mentored many people at both work and in life. The stories we will tell of you and your "ways" will keep us laughing for many years to come. So long old friend.
Jeff Hartley
Friend
August 1, 2021
Showing 1 - 4 of 4 results