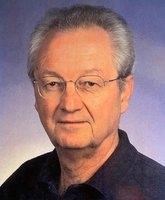 BORN
1940
DIED
2021
FUNERAL HOME
Laurel Land Funeral Home and Laurel Land Memorial Park
7100 CROWLEY RD
Fort Worth, TX
Billy Jack Howard
November 13, 1940 - June 8, 2021
Georgetown, Texas - Billy Jack (B.J.) Howard, 80, passed away at his residence on June 8, 2021 as a result of complications from Parkinson's disease. Billy Jack was a graduate of Paschal High School and achieved a Bachelor of Science degree in mathematics from Texas Christian University. B.J. had a long and distinguished career in aerospace design and management at General Dynamics, Lockheed Martin, and Bell Helicopter. He worked on various aircraft programs to include the F-111, F-16, F-22, and V-22, from the 1960s until his retirement in 2004 from Bell Helicopter. After retiring, Billy Jack moved to Georgetown, Texas where he spent his final years.
Billy had a flair for mathematics, and a good logical mind. While not an outgoing or boisterous man, he did dispense a good share of snark and wit to those who knew him. He was a devoted husband and father to his family, to include the many cats over the years that were like family to him as well as his grand dog Ralph, always striving to take care of all. He also greatly enjoyed the company of his friends, fishing with his parents at Port Aransas, and watching a TCU football game. Above all, Billy Jack was a man of integrity who taught his children the importance of doing the right thing at all times.
Billy Jack is survived by his wife of 57 years, Linda Howard, and their three children; daughter Carolyn Howard (husband Robert Lawrence), son Gary Howard (wife Marty Howard), daughter Lisa Howard (husband Joe Reed). He also leaves behind his grandson Travis Howard. Billy Jack was preceded in death by his parents, Earl and Dorothy Howard.
Special thanks to the Encompass Hospice care team as well as the staff at the Legacy who were able to provide comfort and dignity in his final days.
Graveside service will be held at Laurel Land Cemetery and Funeral Home in Ft. Worth, TX on June 16th, 2021 at 1:00 p.m.
In lieu of flowers, the family requests donations be made in his name to the Parkinson's Foundation or a hospice program in your area.