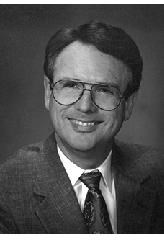 FUNERAL HOME
Moore Funeral Home
1219 North Davis Drive
Arlington, TX
Carl Leigh Harris ARLINGTON--Carl Leigh Harris, husband of Ann Harris and father of Amy Leigh Tremante and Courtney Harris, passed away Tuesday, June 2, 2020. MEMORIALS: In lieu of flowers, the family is requesting a donation to The Arlington Life Shelter at www.arlingtonlifeshelter.org/get-involved/. Carl was born in Wichita Falls, Texas to, Leigh Mack Harris and Mary Jane Harris. He graduated from Baylor University with his B.A. in Journalism and received his Master's of Science in Journalism from Northwestern University in Chicago. He began his career as a journalist with the Dallas Morning News and later became the director of Public Relations for Bell Helicopter where he worked for over 38 years. Carl was an avid reader and loved the arts, enjoying the Dallas Symphony and Kimbell Art Museum. He was called to help others, serving on the board of the Arlington Women's Shelter, volunteering for the Arlington Life Shelter and teaching at the Arlington Reads program of the public library. He will be remembered for his bright eyes, joyful smile, and energetic spirit. SURVIVORS: Carl is survived by his wife; daughters; brother, Terry Harris and his wife, Barbara Harris; sister, Holly Harris; sister-in-law, Pam Elam; son-in-law, Vincent Tremante; and grandsons, Evan, Aaron and Ian Tremante.

Published by Star-Telegram on Jun. 9, 2020.
To plant trees in memory, please visit the Sympathy Store.
MEMORIAL EVENTS
To offer your sympathy during this difficult time, you can now have memorial trees planted in a National Forest in memory of your loved one.
Funeral services provided by:
Moore Funeral Home
MAKE A DONATION
MEMORIES & CONDOLENCES
Sponsored by the Star-Telegram.
3 Entries
I did not know Carl personally but, of course, I knew of him. When I would see him around Bell, he always had a warm smile and said "hello". He was well respected. He walked with confidence and a spring in his step
Marguerite Lavender
June 14, 2020
Ann, I am so sorry. Carl was one of my favorite people and was very helpful to me when Gainor passed away. He was a kind and generous person. My sincerest condolences.
Pat Lindsey Hendrickx
pat lindsey hendrickx
Friend
June 13, 2020
I remember Mr. Harris so well. Always such a pleasant gentleman. Prayers to his family...
Bobbie Brady Brady
Coworker
June 10, 2020
Showing 1 - 3 of 3 results