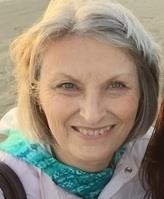 BORN
1947
DIED
2021
FUNERAL HOME
Greenwood Funeral Homes-Greenwood Chapel
3100 White Settlement Rd.
Fort Worth, TX
Carolyn Moore
June 20, 1947 - June 17, 2021
Southlake, Texas - Carolyn Sue (Haltom) Moore, cherished Sweetie Pie, Mom/Momma, Nanny, cousin Suzie, and best friend passed on to be with Jesus peacefully on June 17, 2021 at the age of 73.
Friends are invited to celebrate Carolyn's life during a visitation at Greenwood Funeral Home on Wednesday, June 23 from 6-8 p.m. and a funeral to be held at Greenwood Chapel on Thursday, June 24 at 9:30 a.m.
Carolyn was born in Batesville, AR on June 20, 1947 and spent her early years surrounded by family, including cousins whom she loved like sisters. For a few memorable years during her childhood, she lived in Biloxi, MS where her parents and family operated a beachfront inn. Then she with her parents moved one last time to their permanent home in Fort Worth, TX. Beginning there with essentially nothing but their faith and family who received them, they worked hard and found favor with their community, eventually owning multiple grocery stores and rental properties for which Carolyn learned to keep the books. Her family generously supported the community, helping feed families who could not afford groceries.
After graduating from Diamond Hill-Jarvis High School, she earned her degree from Texas Wesleyan University as well as her teaching certificate.
Then, she met Joe, who worshipped the ground she walked on. They fell in love, were married on April 29, 1973, and moved to Southlake, Texas where Carolyn's father helped build the home in which they would raise Joseph and Stacey and where Carolyn would live the rest of her days.
Carolyn was a leader and role model in ministry through their local church, Southlake Assembly of God, where she was Secretary and Treasurer for the board for twenty-five years. When her kids were in school, she also worked part-time as an accountant for Affiliated Foods and later as a trusted ally and bookkeeper for a few business owners who became dear friends. Most recently she worked for Ethos Group, whom the family would like to thank for their extraordinary generosity when she became ill.
She was like Snow White in that she had pets of a great variety throughout her life, and would care for strays and even wild animals. Recently in her suburban yard, you would find wild turkeys, raccoons, rabbits, turtles, coyote, and many birds. She was too gentle to ever hurt any creature.
Carolyn loved going on adventures with Stacey, having long talks with Joseph, playing games with her grandchildren, and making things special for those she loved. Her silly and dry humor made even mundane tasks fun. She could light up a room with her smile and others were drawn to her.
Carolyn was a giant in spirit and grit. Her children and grandchildren have excelled her because that was her intention, as she gave herself fully for them and others, humbly and supportively until her passing.
She was preceded by her parents: father, Grady Haltom, and mother, Idella (Williams) Haltom.
Carolyn is survived by her husband, Joe Moore; her son, Joseph Moore, Jr.; her daughter, Stacey Moore; her daughter-in-law, Melissa Moore; and her grandchildren, Micah (12), Maddox (9), and Katherine (6), each one of whom feels as though they are the most special person in the world because to her, they were.
In lieu of flowers, the family has asked that gifts be made to Grace Community Church (www.gracecommunitychurch.com) in Fort Worth, where Joe and Carolyn were pastored in her final years.