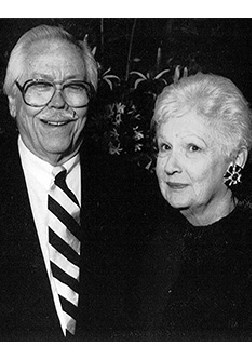 FUNERAL HOME
Wade Family Funeral Home - Arlington
4140 West Pioneer Pkwy.
Arlington, TX
Dorothy Estes ARLINGTON -- Former UT Arlington Student Publications director and Texas journalism education pioneer, Dorothy Estes died peacefully, Thursday, January 25, 2018, with family at her side. FUNERAL: 10:30 a.m. Wednesday, January 31, at St. Mark's Anglican Church, 2024 S. Collins St., Arlington. Interment: 2:15 p.m. at Dallas-Fort Worth National Cemetery, Dallas. Visitation: 6 to 7:30 p.m. Tuesday, January 30, at Wade Family Funeral Home, 4140 W. Pioneer Parkway, Arlington. During her 50 years as teacher and administrator at the college level, Estes prided herself on the flexibility and adaptability she would need to build a formidable student journalism program at UTA. Under her leadership (1970-1996), the UT Arlington newspaper, The Shorthorn, became celebrated for its reporting and writing, photography, layout and design, ad sales, and adoption of the latest technology. The newspaper won every national and regional award given for college journalism, often more than once she was proudest of the SPJ Freedom of Information Award (1995) and placed more than 600 students in the communications workforce. Estes provided the vision and generated the funding for in-house production and daily publication and established a recruiting system involving high schools and community colleges. In 2003 the Texas Intercollegiate Press Association inducted Estes into its Hall of Fame. Other inductees that year included Bill Moyers and Walter Cronkite. Dorothy's first teaching job was at Marshall Junior High, where Moyers was her student newspaper editor. She was involved with TIPA since 1967, organized the first live competition in 1971, and was twice named TIPA Adviser of the Year. In 1996 she received a Commendation for Outstanding Service to Academic Journalism on the floor of the Texas Senate. "Dorothy was incredibly astute and aware," recalls John H. Ostdick, a 1979 Shorthorn editor. "Among her many strengths was the ability to look inside of people, to inspire them to become their best. Her light cannot be vanquished, as it lives on in so many, whether they became working journalists or probing, well-functioning communicators in whatever field they pursued," he added. While at UTA she hired just-graduated John Dycus. "We became the Batman and Robin of Student Publications," Estes once said in that familiar soft conspiratorial tone. "The thing was, neither one of us ever was sure who was Batman and who was Robin." Estes guided The Shorthorn through many complicated issues, coverage that received recognition from the Society of Professional Journalists for outstanding investigative reporting. Dycus stated, "UTA had an excellent recruiting network. Everybody knew Dorothy Estes throughout the state in the journalism business. Prospective students wanted to come to UTA because of Dorothy, because of the quality of the program." Dorothy's philosophy was, "I function more like a coach than a teacher, but I do not call the plays. The students provide the vision, the energy and the courage; I am responsible for the coffee, the criticism and the comfort. They find events, trends, issues; I offer perspective." While attending East Texas Baptist College, she was in a hallway when she literally bumped into the man, fresh from serving with Gen. Douglas MacArthur in the Pacific, who would prove her ideal complement until his death in 2013, Emory Estes. After he reached down and gathered her materials, he "stood up, looked at her, and Dorothy was in love." That moment never left Dorothy. Dorothy and Emory Estes evolved into a power couple before the term hit the lexicon. Both were accomplished at the highest level of their fields. They shared deep political and civic concerns. She spent 15 years teaching in public schools, including Poly High School in Fort Worth, Texas Wesleyan University, and Tarrant County College (then Tarrant County Junior College). After retiring from UT Arlington, Dorothy and Emory travelled the world. According to Dorothy, " Having worked with student journalists for more than 50 years, I have boxes of imperfect publications, a directory of competent graduates and a collection of priceless memories." Dorothy is preceded in death by husband, Emory D. Estes Sr., daughter, Linda Elois Estes, and parents Marshall and Sallie Southerland. SURVIVORS: Dorothy is survived by son, Emory D. Estes III and his wife, Patti; daughter, Sharon Estes Daily and her husband, Louis; grandchildren, Christopher and Nikki Daily, Ashley and Creighton Tubb, Justin and Amy Jeter, Ross and Nancy Jeter; great grandchildren, Jackson and Ardyn Tubb, Kate, Owen, and Reese Jeter; 10 nieces and nephews; and a multitude of close friends and former students.

To plant trees in memory, please visit our Sympathy Store.
Published by Star-Telegram on Jan. 28, 2018.
MEMORIAL EVENTS
Jan
30
Visitation
6:00p.m. - 7:30p.m.
Wade Family Funeral Home - Arlington
4140 West Pioneer Pkwy., Arlington, TX
Jan
31
Funeral
10:30a.m.
St. Mark's Anglican Church
2024 S. Collins St, Arlington, TX
Jan
31
Interment
2:15p.m.
Dallas-Fort Worth National Cemetery
, Dallas, TX
Funeral services provided by:
Wade Family Funeral Home - Arlington
MEMORIES & CONDOLENCES
Sponsored by the Star-Telegram.
14 Entries
Those of us now mourning the loss of Dorothy Estes from the terra firma of our lives find our memories wandering through a convergence of years, milestones and thoughts of an extraordinary woman. Sorrow and joy give rise to a look back at time spent in her care and to all we were able to achieve after she sent us out in to the world. So profound was her influence on our lives directly and indirectly some of us could, with a smile, view our lives in terms of Before Dorothy and After Dorothy. But no matter where we are in our careers, and no matter how far removed we might be from the ink stains of newsprint or the new digital realm, all of us who admired Dorothy and were inspired by her give thanks for how well we were served by the lessons learned under her broad umbrella. There is a pride of remembrance because of the place we earned in Dorothy's heart, and she in ours. Our pride and love make this a farewell that is far from final because she surely will remain ever-present for all our days.
Theo Carracino
February 3, 2018
Sometimes a special perk of friendships is getting to meet their wonderful parents. And so it was with my high school friend, Sharon. I remember lots and lots of laughter in the Estes home. I believe Dorothy had a special gift of really being able to see the true essence of people, and embracing what she saw in them. How lucky am I to have been seen by her!
Decades later, we re-met at the same facility where my mom was living. We picked up right where we left off. And I don't see that connection ending....
Blessings to the Estes family! With love,
Beth Bontley
February 2, 2018
I was Ms. Estes' student teacher at Poly High in Fall of 1964. She entrusted her classes to me almost the first week and was a wonderful mentor. I taught for 20 years in Ft. Worth, Port Arthur, and Amarillo. She was an inspiration and urged me to be in charge from the beginning. I am grateful to have known her and to have learned from her. Joanna Burkett Ingram, Fort Worth.
January 31, 2018
Dorothy, my mother passed away last month - and you were my Mom away from home during college. You are a legend and I don't know where I or many of your other "kids" would be without your love and guidance. Rest in peace.
Kellie Gormly
January 31, 2018
A lady of courage, compassion, always ready with a smile, a hug and a word of praise. You will truly be missed.
Myra Shepherd
January 30, 2018
Dear Estes Family,

We are not related, but we share a beloved family member. My heart is with you and I send you love and strength and grieve the loss of your mother, grandmother, great grandmother, auntie, or cousin who was also, "my beloved Dorothy."

You undoubtedly knew of her "other family," she created in collaboration with John Dycus at The Shorthorn student newspaper for The University of Texas at Arlington, as we in that family monopolized so much of her waking life (and I'm sure frequent nightmares).

In this obituary written by one of this family, she is quoted to have likened she and John as to Batman and Robin -- never knowing exactly who wore the black cape or the red in whatever conflict or rescue they responded to as often that could change midstream.

Thinking about that, I wanted to find dynamic duo analogy that was more about creation than crisis control. The creative teams of Rodgers and Hammerstein or perhaps Carole King and Gerry Goffin would be more fitting.

Dorothy and Dycus, a songwriting team that wrestled raw material that was arrogant, passionate, that talked back or got arrested into singular songs that ultimately had to write themselves. A core lyric woven into us all had to be something like, You ARE somebody, so be you/Integrity is foremost, so be true/'Cuz whether anyone else knows/ I will and so will you.

Dorothy saw in us the buried, intricate melodies we could not hear ourselves. She did everything in her power (and she was not shy about finding other means) to allow us to work out or retune, refine or blend in those discordant notes and funky rhythms into the song of ourselves and go out into the world. I am so thankful she is in my song.
Laurie Ward
January 30, 2018
Dorothy will be missed.
Karen Easter
January 29, 2018 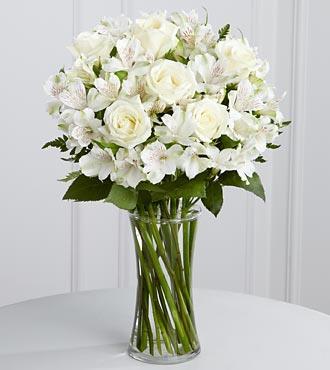 a loved one
January 28, 2018
Daymon Faulkner
January 28, 2018
I graduated from Poly HS in 1965 and was co-editor of the Annual. She was an inspiration and confidence builder. She knew I could not afford college tuition so she arranged a partial scholarship to a college. I was unable to attend at that time but attended night school and believe my success in my careers started with her. I know she will be missed by many. Rest In Peace Mrs. Estes and thank you. My condolences to her family and friends.
Karen Short Lipscomb
Karen Lipscomb
January 28, 2018
To Dorothy's family ~ Zora and I feel so fortunate to have had the chance to visit with Dorothy often after she moved to Brookdale. As all who knew her would agree, she was a treasure. Blessings to you all during this sad time.
Zora and Cathy Bontley Brown
Cathy Brown
January 28, 2018
I was sorry to read about Ms. Estes. Remember fondly the old Shorthorn days. Condolences to all the family and friends.

Sid Underwood
Glen Rose
UTA Class of 1971
January 28, 2018
My deepest sympathies. May the "God of all comfort," help to ease the pain of your grief during this time.(1 Cor 1:3,4,,,
January 28, 2018
Both Drs. Estes were instrumental in shaping my college career. Dr. Dorothy was my first college English instructor at TWC and Dr. Emory was my prof for several English courses at UTA. I am always grateful to these two when I look at that BA (English) degree hanging on my wall.
Ron Brown
January 28, 2018
Showing 1 - 14 of 14 results