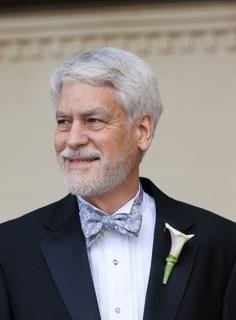 BORN
1950
DIED
2014
FUNERAL HOME
Greenwood Funeral Homes-Greenwood Chapel
3100 White Settlement Rd.
Fort Worth, TX
Harold Ethridge Hebson, 63, passed away peacefully Saturday, Aug. 30, 2014, in Fort Worth surrounded by family and friends. Memorial service: A celebration of his life will be held at 1 p.m. Thursday at University Christian Church, 2720 S. University Drive. Memorials: Auburn University Endowment Investment Office, Memo: Brandt Visiting Industry Professor Endowment, 1907 S. College St., Suite 202, Auburn, Ala. 36849; Reel Recovery Texas (for men living with cancer), 160 Brookside Road, Needham, MA 02492; UT Southwestern Medical Center Office of Development, Memo: Dr. Brugarolas' Kidney Cancer Program, Box 910888, Dallas, Texas 75391-0888. Harold was born in Sylacauga, Ala., on Sept. 13, 1950, to James McCall Hebson and Ruth Ethridge Hebson. He attended public schools in Sylacauga and graduated from Auburn University in 1972 with a BS degree in building science. He also completed the executive education program at Stanford Graduate School of Business. Harold began his career with Manhattan Construction in Muskogee, Okla., joining Linbeck Construction, now the Linbeck Group, LLC, in Houston in 1974. He started as an estimator and then was a project director and client executive, working closely with the firm's institutional clients on many award-winning projects, including Space Center Houston, The Modern Art Museum of Fort Worth, The Margot and Bill Winspear Opera House and a myriad of projects at TCU, including the Mary Wright Admission Center. Harold was involved with numerous ventures across the United States and internationally. In 2011, after 37 years, he retired from Linbeck as a senior vice president. Harold was a passionate alumnus of Auburn University. He was the longest continuously serving member of Auburn's Building Science Industry Advisory Committee. In 2010 he was the recipient of the Lifetime Achievement Award from the McWhorter School of Building Science at Auburn. Harold's community leadership included service on the Citizens Oversight Committee for the Fort Worth Independent School District's Capital Improvement Program. Harold met his wife, Patti Schneider, in 1977 and they were married New Year's Eve that year. Over the years, their anniversary and New Year's Eve were celebrated with notable themes such as the Hebson Hat Party. Harold enjoyed cooking and grilling and treated many friends and neighbors to pulled pork, steaks, ribs and gumbo. He enjoyed family vacations, traveling with friends and Auburn football games. Harold was preceded in death by his parents. Survivors: His wife of 36 years, Patricia Hebson, of Fort Worth; son, CW3 Philip Hebson of Clarksville, Tenn.; daughter, Elicia McGarry and husband, Sean, of Fort Worth; grandson, Riley McGarry; brother, James Hebson Jr. and wife, Renee, of Auburn, Ala.; sister, Ann Tillman and husband, Keith, of Linden, Ala.; numerous cousins, nieces, nephews and other family members; and a host of close friends.
Published by Star-Telegram from Sep. 2 to Sep. 4, 2014.
To plant trees in memory, please visit the Sympathy Store.
MEMORIAL EVENTS
Sep
3
Visitation
6:00p.m. - 8:00p.m.
Greenwood Funeral Homes-Greenwood Chapel
3100 White Settlement Rd., Fort Worth, TX
Sep
4
Celebration of Life
1:00p.m.
University Christian Church
2720 S. University Drive, TX
Funeral services provided by:
Greenwood Funeral Homes-Greenwood Chapel
MAKE A DONATION
MEMORIES & CONDOLENCES
Sponsored by the Star-Telegram.
28 Entries
Harold and I worked together early in our careers. Jane and I socialized with he and Patti. Such wonderful memories of a good friend. Rest in peace Harold... War Eagles!
John Avila
May 1, 2016
For a brave and very kind soul- Godspeed
Susie Bauer
September 7, 2014
Patti
Barbara and I wish to add our condolences to the many touching remembrances by people Harold has touched. I regret that we lost touch, but our memories of time spent with Harold are good ones, especially at our house for BBQ and swimming just before his trip abroad. Our estimating team from the 70s is slowly fading away.
Raymond Falcon
September 5, 2014
On behalf of my grandfather, Billy Moore, and my mom, Mel Moore, we want to send our deepest condolences on the loss of Harold. We weredeeply saddened by his loss. Although we are not blood related, we have always consider the Hebson family our family as well. Granddaddy lived with the Hebson family after his mother passed away when he was 17 and they took him in as a member of the family and they have been our family as long as I can remember. Although he hadn't been able to get back home to Sylacauga in a while he alwayskept up w ith everyone by phone and enjoyed his conversations with Harold very much. You are all in our thoughts and prayers during this difficult time. Sincerely, Whitney Chestnut
Whitney Chestnut
September 4, 2014
On behalf of the Auburn University Building Science Industry Advisory Council, we offer our sincere condolences. Harold has always been a valuable and treasured member of our group and throughout his career he continued to promote and advance the school and it's students in everything he did. We will truly miss his advice and council. Skip Loman
Skip Loman
September 4, 2014
Dear Patti,Elicia and Philip

Dear Harold gone but never forgotten . Our thoughts are with you.