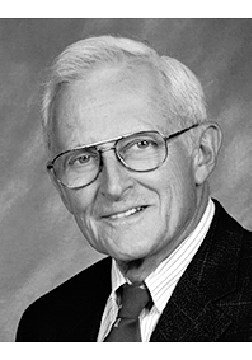 BORN
1930
DIED
2019
FUNERAL HOME
Thompson's Harveson & Cole
4350 River Oaks Blvd
Fort Worth, TX
Henry Curtis Kelly FORT WORTH--Henry Curtis "Jim" Kelly, Ph.D, passed away Wednesday, Jan. 2, 2019, at the age of 88. MEMORIAL SERVICE: 2 p.m. Saturday, Jan. 19, at First Congregational Church, UCC, 4201 Trail Lake Drive, Fort Worth, 76109. MEMORIALS: In lieu of flowers, donations may be made to Mary Couts Burnett Library at TCU, either online at makeagift.tcu.edu or mailed to TCU, Box 297440, Fort Worth, TX 76129. Jim Kelly was born in Providence, R.I., to Henry Clinton Kelly and Leone Curtis Kelly. He grew up in Cumberland, R.I. In 1951, Jim graduated from Bates College in Lewiston, Maine, where he earned a BS in Chemistry. He met his future wife, Lucille Mainland, at Bates, and they married in 1956. After working for several years in the chemical industry at Metal Hydrides, Inc., in Beverly, Mass., Jim returned to education, earning a Ph.D. in Chemistry at Brown University in 1962. In 1964, Jim and his family moved to Fort Worth, Texas, where he joined the faculty of the Chemistry department at TCU. He remained at TCU until his retirement in 1998. Jim's career at TCU included teaching freshman chemistry and advanced levels of inorganic chemistry, research in chemical reaction kinetics, and studying the mechanisms of reactions. He also directed research and served as a mentor for both graduate and undergraduate students. Among his most enjoyable experiences as a faculty member was seeing the success that his students went on to achieve. Jim also collaborated extensively with colleagues in England and Canada while on sabbatical leaves and spent two summers lecturing in chemistry at the Universidad de los Americas in Puebla, Mexico. Jim co-authored numerous papers with his students and with faculty colleagues. At TCU, he served as director of the Honors Program for seven years and chaired the TCU Department of Chemistry for six years. The greatest part of his life was his family. After retirement, Jim and wife, Lu, enjoyed extensive travel. He also served on the board of Stage West Theatre. Jim was preceded in death by the love of his life, his wife of 62 years, Lu. SURVIVORS: He is survived by children, Luanne (Charles) Cullen, Nancy Kelly (Kenneth Forster), and Curtis (Diane) Kelly; and by grandchildren, Lindsay Kelly, Ross Kelly, and Rachel Forster.

To plant trees in memory, please visit our Sympathy Store.
Published by Star-Telegram on Jan. 13, 2019.
MEMORIAL EVENTS
Jan
19
Memorial service
2:00p.m.
First Congregational Church, UCC
4201 Trail Lake Drive, Fort Worth, TX
Funeral services provided by:
Thompson's Harveson & Cole
MEMORIES & CONDOLENCES
Sponsored by the Star-Telegram.
5 Entries
Joe P.
May 9, 2019
Joe P
May 9, 2019
Dr. Kelly was a wonderful teacher, a great mentor, and a man of genius. I E-mailed him a few years ago to say "hello," and he answered that he remembered me from the first year he taught his honors chemistry course in 1969-1970! What a memory! He will be missed. My condolences to his family.
Timothy Huettner, M.D.
March 2, 2019
Timothy Huettner, M.D.
March 2, 2019
My sincerest condolences regarding your loss. Please take comfort from Isaiah 65: 21,22.
Austin B
January 13, 2019
Showing 1 - 5 of 5 results