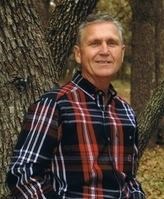 BORN
1948
DIED
2021
FUNERAL HOME
Galbreaith-Pickard Funeral Chapel
913 North Elm St
Weatherford, TX
Jackie Don Hall
January 13, 1948 - June 4, 2021
Weatherford, Texas - Jackie Don Hall, 73, a devoted husband, father, grandfather and great-grandfather, of Weatherford, Texas, passed away early on Friday, June 4, 2021, at his home. Jackie was born on January 13, 1948, in Lubbock, Texas to William and JoAnn Hall. He was a 1966 graduate of Haltom High School.
Jackie proudly served his country in the US Army in Vietnam. During that time, like many service men and women, he was exposed to the deadly toxin Agent Orange. Jackie made that ultimate sacrifice, as 35 years later, he battled Parkinson's, Pancreatic and Liver cancer, Diabetes and PTSD.
On March 27, 1971, Jackie married Carolyn Moser. They had three children, Melissa, Jackie, and Paige. Jackie worked for Lennox Air Conditioning for over 35 years and was the proud recipient of the "L" Award in 2006. An avid golfer, Jackie was a member of the Miller Golf Club for over 30 years. He was proud of being a Vietnam Veteran and a member of the DPT table at Planet Fitness where he worked out every day with his veteran buddies. Most of all, Jackie will be remembered for his devotion to his family – particularly to his grandchildren and great-grandchildren.
Jackie is survived by his wife of 50 years, Carolyn; his children, Melissa and husband Neal Scarborough, Jackie Dale Thomas, Paige and husband Kelly Cook; his grandchildren, Tanner & Jack Scarborough, Morgan Hall, Blake & Colby Cook and Travis Thomas; and by his great-grandchildren, Cooper and Hendrix; and by his siblings, Bill Hall, Carlotta Burt, Cindy Ferkins (Dale), and Genean Lee (John). Jackie was preceded in death by his parents, JoAnn Ray Hall and William Charles Hall (Dub).
A memorial service will be held at a later date in Weatherford, Texas.
In lieu of flowers, donations can be made to the National Vietnam War Museum, 12685 Mineral Wells Hwy, Weatherford, Texas, 76088.

To plant trees in memory, please visit our Sympathy Store.
Published by Star-Telegram from Jun. 11 to Jun. 13, 2021.
MEMORIAL EVENTS
No memorial events are currently scheduled.
To offer your sympathy during this difficult time, you can now have memorial trees planted in a National Forest in memory of your loved one.
Funeral services provided by:
Galbreaith-Pickard Funeral Chapel
MAKE A DONATION
MEMORIES & CONDOLENCES
Sponsored by the Star-Telegram.
3 Entries
We became neighbors just about 20 years ago, instant friendship when we discovered we both were in Vietnam and with the 101st Airborne about the same time flying helicopters. Also a proud member of the DPT group where Jackie was the instigator. Jackie will be dearly missed but not forgotten.
Victor W Anderson
Friend
June 12, 2021
Sorry to hear of Jackie's passing. We talked a lot of fishing over the years while we were both at Lennox. He gave me some pointers to try at Possum Kingdom, and also gave me good advice in preparation for my own retirement. We spoke and texted over the the last few years, checking on each other's fights with cancer. My condolences to Carolyn and the family. He will be greatly missed.
Pete Hanley
Coworker
June 11, 2021
We have lost a dear friend and the world has lost an extraordinary man... Our deepest sympathy to Carolyn, Melissa, Jackie and Kelly and the grandchildren and great-grandchildren. We know you will miss him terribly but I sincerely believe all the angels greeted Jackie with open arms and heaven became just a bit nicer last Friday. Our love to all.
James & Madeleine
Friend
June 10, 2021
Showing 1 - 3 of 3 results