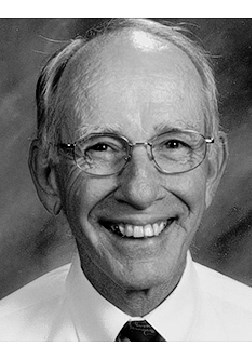 BORN
1940
DIED
2018
FUNERAL HOME
Keith & Keith Funeral Home
902 West Yakima Ave
Yakima, WA
James Harper SELAH, WASH. -- James Wilson Harper passed away April 20, 2018. SERVICES: will be held at St. Timothy's Episcopal Church on Friday, April 27, 2018 at 10 a.m. Interment will follow at Terrace Heights Memorial Park. There will be a viewing on Thursday, April 26 from 4 to 5 p.m. at Keith and Keith Funeral Home. MEMORIALS: In lieu of flowers, memorials can be given to the Veterans of Foreign Wars. James Wilson Harper was born in 1940 in El Dorado, Ark., to Jack and Judy Harper. Jim was a freckled, red-headed bundle of energy who enjoyed mischief with his younger brother, Bob. He graduated from the University of Arkansas in 1962 with a degree in mathematics. He married Jean Harley of Corning, Ark., a graduate student in English whom he met on a blind date. He attended the US Army's armor and flight schools and then served as a helicopter pilot in Vietnam. He was awarded several decorations for his acts of heroism. Following his military service, Jim worked as a petroleum engineer and later earned a law degree from South Texas College of Law, where he was valedictorian. After retiring from a 25 year legal career, he became certified as a high school math teacher. Jim and Jean moved to Selah, Wash., in 2005. He taught math at West Valley High School for nine years. Jim approached life with curiosity, energy, humor, and tenacity. He was a man whose sharp wit everyone appreciated. According to his wife, he was the smartest man whom she ever met. Jim enjoyed traveling with Jean, reading, fly fishing, and cheering for the Dallas Cowboys. His total devotion to his wife as they fought her cancer together set a profound example for his family. He was loved by family and friends. He will not be forgotten. He was preceded in death by his parents and brother, Bob. SURVIVORS: He is survived by his wife, Jean; son and daughter-in-law, Ken and Laura; and grandson, Wilson.