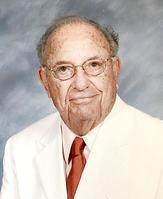 BORN
1922
DIED
2021
FUNERAL HOME
Greenwood Funeral Homes-Greenwood Chapel
3100 White Settlement Rd.
Fort Worth, TX
James Coleman "Jimmy" Jones
May 10, 1922 - December 31, 2020
Fort Worth, Texas - James Coleman "Jimmy" Jones, 98, peacefully passed away at home Dec. 31, 2020.
Celebration of Life: 10 a.m. March 6, 2021, at Arlington Heights United Methodist Church. Entombment: Greenwood Mausoleum, Fort Worth.
Memorials: In lieu of flowers, Jimmy has requested donations be made to AHUMC, the AHUMC choir, the Scottish Rite Children's Hospital or a charity of your choice.
Jimmy was born May 10, 1922, to Ernest and Alma Jones in Enon, Louisiana and grew up in nearby Bogalusa. He attended Louisiana State University and graduated with honors earning a bachelor's and master's degree. He joined the U.S. Army in 1942 and served in the European theater during WWII as a 1st Lieutenant and platoon commander in the 4th Infantry Division. For his service he was awarded five combat medals including the Bronze Star.
After retiring from the Army, Jimmy returned to LSU and finished his studies before taking a job with Universal Mills as a District Salesman. It was during this time with Universal Mills that he met the love of his life, Betsy Bob Morris. Jimmy and Betsy were married in December of 1949 and were married for 54 years before her passing in 2003. They began their family life with their two daughters, Peggy and Polly, in Shreveport and moved to Fort Worth in 1956 where they raised their family.
Jimmy owned and operated a Conoco service station and then a Mobile service station on Camp Bowie Boulevard in Ridglea from 1956 until 1993. A mainstay in the community, he was active in church and philanthropic organizations. Jimmy and Betsy were involved members of Arlington Heights United Methodist Church (AHUMC) where he served on numerous committees, held leadership roles and was an usher for 30 years. Jimmy was a member of the Moslah Shriner Club for 60 plus years, the Scottish Rite and a 32nd Degree Free Mason. He was a member of the West Side Lion's Club for 64 years where he was instrumental in the club's program to distribute eyeglasses to children and establishing the West Side Lions Club Little League organization.
Jimmy's hobbies included being with his family and friends, golf, gardening and reading. He was a founding member of the LSU Metroplex Alumni organization and a Dallas Cowboys season ticket holder for each season at Texas Stadium. For many years he had a standing Sunday afternoon golf match at Ridglea Country Club and then after retirement played several days a week at Fort Worth city courses. He never met a stranger and loved all people.
Jimmy was preceded in death by his beloved wife, Betsy Morris Jones; daughter, Polly Jones Bates; son-in-law, Lee Robertson, Jr.; parents, Alma and Ernest Jones; and siblings, Myra Higgenbotham, Jessie Mae Bateman, Woodrow Jones and Delos Jones.
Jimmy is survived by his daughter, Peggy Jones Robertson of Baytown, Texas; son-in-law, Samuel Bates III of New Deal, Texas; brother, J.P. Jones and wife, Thelma of Lafayette, Louisiana; grandchildren, Lee (Cole) Robertson III and wife, Robyn of Dallas, Samuel Bates IV of Dallas, Casey Jo Chapman and husband, Jeff of Houston, Chris Bates of Dallas and Cody Robertson and wife, Angie of Baytown; great-grandchildren, Lee Robertson IV, James Robertson, Claire Robertson, Allison Jo Chapman and Knox Chapman; and numerous cousins, nieces, nephews, great-nephews, great-nieces and friends. 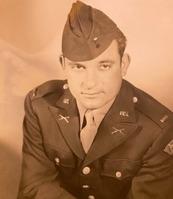 Published by Star-Telegram on Jan. 5, 2021.
To plant trees in memory, please visit the Sympathy Store.
MEMORIAL EVENTS
To offer your sympathy during this difficult time, you can now have memorial trees planted in a National Forest in memory of your loved one.
Funeral services provided by:
Greenwood Funeral Homes-Greenwood Chapel
MAKE A DONATION
Please consider a donation as requested by the family.
MEMORIES & CONDOLENCES
Sponsored by the Star-Telegram.
3 Entries
A courageous man who volunteered to serve in the front lines in Europe when his superiors were recommending him for an officer role stateside. We owe our freedom and quality of life to those like Mr. Jones that stepped up and accepted the call of duty during WW2.

Mr. Jones was a lay leader and ambassador at Arlington Heights United Methodist Church making all he met feel welcome. For years, he and Betsy personally delivered welcome gifts to all first-time visitors. That personal touch contributed to the growth of the church and expansion of its ministries.
Lee Hecker
Friend
January 6, 2021
Jimmy and Betsy were wonderful friends of my parent Ed and Shirley Porterfield!!! They were both very very special folks! I know they are all reunited and probably having happy hour right about now!!
Penny Ingram
Friend
January 5, 2021
Jimmy was a special guy who greeted everyone with a smile and a teasing manner. He gave the best hugs! He will be missed. I know he is enjoying a golf game with his pals where the weather is always perfect!
Love you, guy!
Toni Strukely
Friend
January 5, 2021
Showing 1 - 3 of 3 results