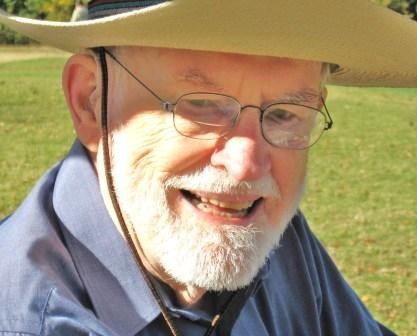 Dr. John Edward Johnson Jr. passed away in the early morning hours of Saturday, Dec. 21, 2013. Celebration of life: 2 p.m. Sunday, Jan. 26, in the Longhorn Ballroom at Trinity Terrace, 1600 Texas St., Fort Worth, with a reception following. Memorials: In lieu of flowers, memorials may be made to the NTUUC (North Texas Unitarian Universalist Congregations), Attention: John E. Johnson Fund for Social Justice, in care of First Unitarian Church of Dallas, 4015 Normandy, Dallas, Texas 75205. Born in 1925 in Galveston, John spent his childhood in Mineral Wells before attending the University of Texas in Austin where he graduated at the age of 19. He earned his M.D. degree from the University of Texas Medical Branch in Galveston, where he remained for internship and residency in internal medicine. He spent two years in San Antonio in the U.S. Air Force during the Korean War. During medical school he married the love of his life, Mary Shirley Jimmerson, and together they had seven children. After teaching at UTMB Galveston, John spent six years at William S. Merrell Co. in Cincinnati where he was instrumental in developing the first fertility drug brought to market. He came to Fort Worth as the medical director of Alcon Laboratories in 1969 and joined the Fort Worth Clinic in 1972. Although he had never planned to have a private practice, he discovered a love for being a primary care physician and developed close relationships with his patients, making house calls long after this was common practice. During this time he served his profession and the community in many ways: chief of medicine of Harris Methodist Hospital, chair and member of the Harris Ethics Committee, Texas Medical Directors Association, Lighthouse for the Blind, and served on boards and committees too numerous to count for the betterment of medicine in Fort Worth and beyond. He retired from active practice in 1997, and devoted his time to social activism beside his wife, Shirley, where they both made great impact until their deaths. John touched so many people in so many ways; he will be remembered for making a difference in his community, his church, and on the many individual lives he touched. He was preceded in death by his wife, Shirley Johnson; brothers, Willard Johnson and Morris Johnson; sister, Kay Griffin; son, Allen Charles Johnson; son, JEB Johnson, M.D.; and great-grandson and namesake, Isaiah John Edward Johnson. Survivors: Children, Meredith Donaldson (Joe), Anna Kay Johnson (John Watt), Susan Dycus, Michael Johnson (Kevin Stein) and Jamie Johnson; children by choice, Dorine VanRijssel, Walt Adams, Julie Fields; grandchildren, Susanna Donaldson, Andrew Donaldson, Marylee Donaldson, Jessie Watt, Joshua Johnson, Sarah Cherry-Gruener, Amy Jones, Jeremy Watt, Joshua Watt; five great-grandchildren; and a plethora of nieces and nephews across the country.
Published by Star-Telegram on Dec. 29, 2013.
To plant trees in memory, please visit the Sympathy Store.
MEMORIAL EVENTS
Jan
26
Celebration of Life
2:00p.m.
Longhorn Ballroom at Trinity Terrace
1600 Texas St., Fort Worth, TX
MAKE A DONATION
MEMORIES & CONDOLENCES
Sponsored by the Star-Telegram.
6 Entries
I just now heard about John. I did not know until today. Rest in peace John. You were a wonderful mentor to me. I loved working with you. You are a treasure in my heart
Lynnda Womack
July 16, 2014
We are sorry to learn this. John and Shirley did a great deal to make this world a better place. They were very dear to us.
Ken and Nancy Stevens
January 12, 2014
John was a wonderful, kind, intelligent soul. He brought a bright glow with him where ever he went. I am sorry for the loss you all feel for having lost both your parents, Susie and Anna.
Berry Bock
January 1, 2014
I miss John terribly already. He was instrumental in my staying at First Jefferson UU Church as long as I did. Though he and I didn't always agree, I never felt anything but respect from him. We were able to have intelligent discourse with no animosity.

I loved when he would come to talk with our high school seniors at church. His life story is remarkable and seeing their eyes light up as they saw him as more than that older gentleman who is at church every week was priceless.

When he and Shirley moved out of that great house in Mistletoe Heights, I went to the garage sale and bought a leather hat of his (cowboy/Australian looking). I have treasured it always and will continue to.
I'm truly sorry for your loss. So many people, including me, loved John. Thank you for sharing your amazing dad/granddad/great granddad.
Jennifer Nichols
December 31, 2013
Ypur father was a great physician who shared his talents and gifts with all. His notable gifts of wisdom, compassion and teaching made him a great mentor, especially to me. He is held within my heart and I'll be forever grateful for the opportunity to have worked with him. I was always proud to be called his nurse during the 4-5 yrs I worked with him. Because of his encouragemenet and kindness, he gave me many stepping stones that allowed me to travel great paths in my life and nursing career. I call those stones "Dr. Johnson stepping stones". I am sorry for your loss, as well as the community's loss. I know that your father will have a crown with many beautiful stones. ..."and when the Chieef Shepherd appears, you will receieve the crown of glory that will never fade away".
Kay Finley
Kay Finley
December 31, 2013
I'll miss John's boundless friendship as well as the warm greetings I received from him at the various events where we crossed paths. I don't know if I could pinpoint exactly where and when I first met John and his wife, Shirley, but that detail is far less important than the fact that I did, and I was better for having known him.

He was loved and I will miss him.