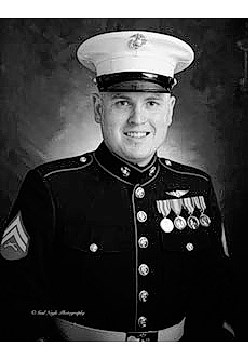 BORN
1985
DIED
2017
ABOUT
Highland Park High School
FUNERAL HOME
Sparkman/Hillcrest Funeral Home & Memorial Park
7405 West Northwest Highway
Dallas, TX
John Michael Snowden DALLAS--United States Marine Corps Staff Sgt. Joshua Michael Snowden died serving his country on Monday, July 10, 2017. FUNERAL: 11 a.m. Friday, July 28, 2017, at Church of the Incarnation, 3966 McKinney Ave., Dallas, Texas, 75204. Burial follows at 2:45 p.m. at Dallas Fort Worth National Cemetery. MEMORIALS: A memorial fund has been set up in honor of United States Marine Corps Staff Sgt. Joshua M. Snowden. Please visit incarnation.org/josh-snowden to make a contribution. Staff Sergeant Snowden was born in Abilene, Texas, on July 22, 1985, to Gay Hayslett and Michael Snowden. He played lacrosse at Highland Park High School and immediately enlisted in the United States Marine Corps Reserves, later graduating from Texas State University in 2010 where he also played lacrosse. Staff Sergeant Snowden continued his military career when he was brought on active duty in July 2012 and remained as such until his passing. Snowden, or simply "Snow" by all who knew him, was a man who loved God, his family and friends, and his country. He was an avid lover of Texas Country music, grilling steaks, and working on his truck all at the same time whenever possible. He was preceded in death by his older brother, Eric Snowden, and by both sets of grandparents. His death is a shock to family and friends; however there is comfort knowing he is in heaven with the Father and reunited in spirit with his brother. SURVIVORS: His father, Michael; mother, Gay; and second father, Rick; as well as his sister, Sara; and brothers, Drew, Tyler, Greg, and Bryan survive him. SPARKMAN/HILLCREST FUNERAL HOME Dallas, 214-363-5401 View and sign guestbook at www .star-telegram.com/obobituaries
Published by Star-Telegram on Jul. 23, 2017.
To plant trees in memory, please visit the Sympathy Store.
MEMORIAL EVENTS
Jul
28
Funeral service
11:00a.m.
Church of the Incarnation
3966 McKinney Ave, Dallas, TX
Jul
28
Burial
2:45p.m.
Dallas Fort Worth National Cemetery
TX
Funeral services provided by:
Sparkman/Hillcrest Funeral Home & Memorial Park
MAKE A DONATION
MEMORIES & CONDOLENCES
Sponsored by the Star-Telegram.
18 Entries
It's been a little over a year since I had the opportunity to meet Joshua Michael Snowden, I Ubered Joshua to the airport on July 10th 2017. Only for a brief moment in time but one I will never forget. Thank You For Your Service To Our Great Country. R.I.P
David K. Schmertz
July 13, 2018
SEMPER FI OLD FRIEND.
CHE
July 12, 2018
Please accept my dearest and heartfelt sympathy; I am so sorry for your loss. May the God who "binds up the brokenhearted" and "comforts all who mourn" sustain your family during this challenging time. Isaiah 61:1, 2
F.D.
July 7, 2018
Josh and I went to elementary school together until he moved. We wrote each other back and forth for several years until the internet became popular. I am saddened to hear about his death. Your family is in my prayers!!
August 2, 2017
I believe the Monday of Joshua's death I picked him up in Wellington Florida and took him to Palm Beach International Airport for a flight to North Carolina, he said thru conversation that he was a Marine and on his way to Arizona and had to be there that afternoon.He did say that he did say that his orders had to be approved so he could board the flight from PBI to North Carolina.As we arrived at the airport I wished him well on getting the orders approved so he could board the Delta flight.I will never forget last words I said to him, THANK YOU FOR YOUR SERVICE TO OUR COUNTRY. May he Rest In Peace and my sincere condolences to his family. David K. Schmertz, Lake Worth Florida. (Uber Driver)
David K Schmertz
July 29, 2017 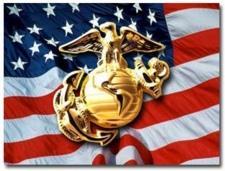 My sincere condolences to the family and friends of SSgt Snowden at this time of your loss.

We will also be at DFW National Cemetery tomorrow at 2 pm to lay my father to rest.

May God hold you in his arms.

Sincerely,
Audrey Early, daughter
TSgt R. F. Brookins, Retired, Deceased
Audrey and Jon Early
July 27, 2017
Mike, Gay and family...it's been years since we've talked and we just now discovered Joshua Michael was your son. We never knew him but are both so very sorry for your loss. Your hearts must be full of love and pride for such a wonderful son. The information about Eric also saddened us deeply...I will always remember him as a little boy with blonde hair, running and laughing. You are all in our prayers.....Tom and Debbie Wilson and family
Debbie Wilson
Friend
July 26, 2017
As a Marine Mom, I am ever so proud of your service to our country and I know how much you loved serving! Every Marine and Marine Families all across this U.S. grieve with your family. May God Bless Your Family and Give Peace and Comfort, to them in this time of sorrow.
Allison Partridge
July 26, 2017
Rest In Peace!!!
Tuan Bui
July 24, 2017
Everette Harris Sr.
July 24, 2017
May God bless you and your family in this time of sorrow.
DS
July 23, 2017
Josh,
You will always be in our hearts! Thank you for being such a wonderful example of what we all need to strive to be! Our loss is heaven's gain! I love you cousin!
Tina Bynum
Tina Bynum
July 21, 2017
With sadden hearts we send our prayers, condolences, and love to the family and loved ones of Joshua Snowden.... Someone once told me "a man never dies until he is forgotten", we hold these words close to our hearts, as Snow will never be forgotten as we will carry him in our hearts for lifetimes upon lifetimes. We miss his magnetic personality, the laughs and conversations over a cold beer at golf, and his unforgettable movie star smile. Snow will live on in our thoughts and hearts everyday. Until we meet again my friend... May God bless you, and may God bring peace and healing to family and all others who's hearts are aching from missing you. ♡
Ted & Jessica Casiano
July 19, 2017
Rick and family,
Your Counsel On Call friends are so sorry to learn of your son's death. Our prayers and thoughts are with you all.
Counsel On Call
July 19, 2017
Prayers for the family and friends. Snow was a great Marine and a phenomenal man the world is lesser without him. I'm thankful that I knew him.
Robert McIntosh
July 18, 2017
Showing 1 - 18 of 18 results