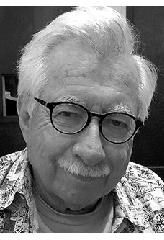 BORN
1949
DIED
2020
FUNERAL HOME
Hahn-Cook/Street & Draper Funeral Directors
6600 Broadway Extension
Oklahoma City, OK
Neil Owen Strassman OKLAHOMA CITY, OKLA.--On Monday, Feb. 10, 2020, Neil Owen Strassman died as he lived: collecting friends. He was only 70 years old. Neil was born in Los Angeles, Calif., in 1949 to Pauline "Paula" Kassam (nee Millman), a schoolteacher, and Harvey Strassman, a psychiatrist. He grew up smack in the middle of the bubbly '50s and '60s Jewish community of West LA and Beverly Hills, surrounded by his grandparents (Max and Genia Millman, Moe and Rose Strassman), adored by his mother, spoiled by his aunt Adeline, and loved by his father. Maybe those experiences, combined with Neil's brilliant mind and inherently social nature, helped impart Neil with a sense of belonging, of having a place in the world. He was fierce and had firm opinions, yet he remained easygoing and likable. Maybe his personal magnetism simply has no tangible explanation. The fact is that, while many people collect art or stamps or beautiful rocks, Neil collected people. He had the deepest family connections and the most sincere friendships that anyone could hope for. In the last few weeks of his life, a near-constant flow of family and friends from all over the country came to see Neil at his Oklahoma City home, a testimony to how much he was loved. Neil graduated from the University of California San Diego with a degree in English Literature, and completed his Master's in Journalism at Northwestern University in Chicago. Throughout his life, no matter what he was doing, he identified himself first and foremost as a journalist, a profession to which he dedicated himself for several decades. He wrote for a school publication in college, worked for the Long Beach Press Telegram, and wrote for the Fort Worth Star-Telegram. He even ran a jazz and blues public radio show in Seattle under the hilarious name Nearly-Normal-Neil, with the additional humorous twist of sometimes substituting for himself (!!) under the name Backwater-Eddy. Neil indeed had a nice sense of humor. There are not enough words to describe his powerful intellect, diverse interests, varied accomplishments, and pointed wit. He was sheer fun to be with! Neil was often found with his nose buried in philosophy texts, Chinese poetry, a horse racing form, the latest environment story, a fishing reel, a pair of skis, itinerary for annual trips to Vancouver Island and Campbell River to salmon fish with his son. A lifelong writer, a machinist or sport fishing boat deckhand in his younger years, chief of staff and office administrator for Tarrant County's Judge Glen Whitley in his later years, Neil embodied a life focused on intellectual experiences, practical skills, and lifelong friendships. Neil loved his wife, Fatima, very much. And Fatima loved Neil deeply; still does, and always will. Together, they made a family. Nobody meant more to Neil than his beloved son Joseph, who was the apple of Neil's eye and the pride of his heart. Neil taught Joe to ski on the slopes, fish in the ocean, camp in the woods, and to dream and aspire to greatness. Neil adored his stepdaughter, Georgia, like a father, and he was so very proud of her. It gave Neil great joy to see Georgia and Max get married, with Joseph standing by their side. Neil was Paula's only child. Paula was a spirited and intelligent woman who included Neil in everything she did. Neil was loved as a son by his sweet and accomplished stepfather, Abe Kassam, an accountant and businessman, who gave him a marvelous and devoted extended family. His father, Harvey, a brilliant and clear-minded man, imparted on Neil a pragmatic and no-nonsense outlook in life; he also gave Neil four siblings, Debra, David, Michael, and Judy, whom Neil loved very much. SURVIVORS: Neil is survived by his wife, Fatima Abrantes-Pais; his son, Joseph Strassman; his stepdaughter and son-in-law, Georgia Shelton and Max Sabor; his siblings, Debra Cowan (Kevin), David Strassman, and Judy (Steve) York; aunt, Adeline Dean and her sons, Michael, Greg, and Bobby; cousins, Philip Aronoff and Salim Janmohammed among many others; his beloved cat, Ich; his love for the Pacific Ocean; and a ton of devoted relatives and friends whose names would cover an entire newspaper page. He was preceded in death by his father, Harvey Strassman; his mother, Pauline Kassam; his stepfather, Abe Kassam; his brother, Michael Strassman; and too many friends who died too soon. Neil will always be remembered as a genuinely good man; his legacy lives on in his family and friends and through the lives of all those whom he touched. SERVICE: Neil will be buried at Mount Sinai II Lawn, El Camino Cemetery, in San Diego, Calif. Graveside services will be led by Rabbi Wayne Dosick. Subsequent memorial services will be held at Emanuel Synagogue in Oklahoma City, Okla., by Rabbi Abby Jacobson and at Congregation Beth Israel in Colleyville, Trxas, by Rabbi Charlie Cytron-Walker. MEMORIALS: Please, no flowers. Instead, consider a donation in Neil's honor to the charity of your choice. HAHN-COOK/STREET & DRAPER FUNERAL DIRECTORS Oklahoma City, Okla., 405-848-3744 View and sign guestbook at www.star-telegram.com/obituaries 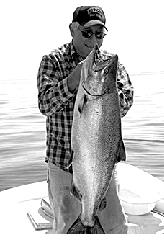 Published by Star-Telegram on Feb. 16, 2020.
To plant trees in memory, please visit our Sympathy Store.
MEMORIAL EVENTS
To offer your sympathy during this difficult time, you can now have memorial trees planted in a National Forest in memory of your loved one.
Funeral services provided by:
Hahn-Cook/Street & Draper Funeral Directors
MAKE A DONATION
Please consider a donation as requested by the family.
MEMORIES & CONDOLENCES
Sponsored by the Star-Telegram.
1 Entry
I was only blessed with knowing Neil for a very short 3 years. He was always kind, funny and I loved his smile. He will truly be missed,

May the memory of Neil Strassman forever be for a blessing.
Spring Chaltas
February 26, 2020
Showing 1 - 1 of 1 results