BORN
1945
DIED
2021
William Brady "Bill" Anderson
February 14, 1945 - January 2, 2021
Fort Worth, Texas - William Brady "Bill" Anderson, Jr., 75, of Fort Worth, Texas, passed away January 2, 2021, after a courageous battle with prostate cancer and Parkinson's Disease.
He was born Feb. 14, 1945, in Corpus Christi, Texas to William and Elizabeth Anderson. Bill graduated Salutatorian from Shawnee Mission West High School in 1963 and went on to receive his degree in engineering physics from the University of Kansas in 1967 and his Master's in Applied Sciences from Southern Methodist University in 1971.
Bill met Lauren Barnard in high school. They dated during college and were married on June 18,1966. During their 54-year marriage, Bill and Lauren were known for being avid travelers and wildflower enthusiasts. They visited all fifty states, numerous countries and fifty-six of the sixty-two national parks. Together they identified over 250 wildflower species. They pioneered and taught a wildflower identification course at Tarrant County College for several years.
Bill was employed at General Dynamics, later Lockheed Martin, for all of his 38-year career, starting as an Associate Engineer, moving all the way to Program Director of the F-16 Program and retiring as Vice President after building a new Customer Support organization for the company.
Bill volunteered for several organizations including the American Red Cross, TCC Advisory Council, Read2Win, The University of Kansas Alumni Advisory Board, and Tarrant Churches Together. He was involved in all areas of church life during his 50-year membership at St. Matthew's Lutheran Church, including playing in the bell choir and serving as Church Council President five times. While there, he took the initiative to create the Ready, Set, Go! Center which offers tutoring and mentoring to neighborhood children.
On September 27, 1976, Bill put on his running shoes and jogged a mile, beginning what would become, at one point, the 8th longest running streak in the United States. Over the next 44 years he ran seven marathons. He ran in all fifty states, multiple countries, dozens of cruise ships and even on an aircraft carrier. He ran healthy, sick, and drunk a time or two. He ran in hail and snow and got lost running in downtown Taiwan. And he ran the day after his appendectomy. On December 22, 2020 Bill ran his final mile with his daughter Barb, who is also a runner.
Bill was preceded in death by his father, Bill, Sr.; mother, Betty; and his sister, Becky.
He is survived by his wife, Lauren; two daughters and their husbands, Becky and Jeff Jacobs, and Barb and Nick Bomersbach; four grandchildren, Katy and Megan Jacobs, and Ryan and Grant Bomersbach; and his four brothers: Bob "Bobby", Barry, Ed "Buddy" and Brian "Binny".
Due to the Covid-19 pandemic, funeral arrangements are pending and will be posted on the St. Matthew's Lutheran Church Facebook page. In lieu of flowers, please consider making a donation to the Ready, Set, Go! Center at: St. Matthew's Lutheran Church, 5709 Wedgwood Dr., Fort Worth, Texas 76133
denote: Go Center Fund

Published by Star-Telegram on Jan. 10, 2021.
To plant trees in memory, please visit the Sympathy Store.
MEMORIAL EVENTS
To offer your sympathy during this difficult time, you can now have memorial trees planted in a National Forest in memory of your loved one.
MAKE A DONATION
MEMORIES & CONDOLENCES
Sponsored by the Star-Telegram.
9 Entries
Dear Family: My belated condolences upon the passing of Bill. I am a 93 year-old who worked for Bill for several years on the F-16 program. I live in California these days. I remember trips to San Diego where he got his runs in during the evening along the waterfront. He had great faith in this old engineer to solve some hard ones. Again, I am so sorry that this wonderful person was taken from you at such a young age. God bless you all.
Joe Klein
Work
July 6, 2021
Mr. Anderson was a kind and sincere soul. I will miss his presence in the world.
Michele Dunham
Friend
January 23, 2021
Heaven is much better and brighter now that Bill Anderson has arrived. I am sure that St. Peter is now well versed in the finer points of Doghouse and is probably wearing Brooks running shoes. My thoughts and prayers are with Lauren and the family. There is no way to ease the pain and sense of loss. However, Bill will always be among us; and we should find solace that he is now at Eternal Peace. I will miss our enjoying 'libations' together, our RV trips, and restaurant adventures. I will cherish these memories until we meet again.
Peace my friend.
David Scasta
Friend
January 19, 2021
We had great days together at KU.
A very fine person.
Roger Ratzlaff
Roger Ratlaff
Friend
January 13, 2021 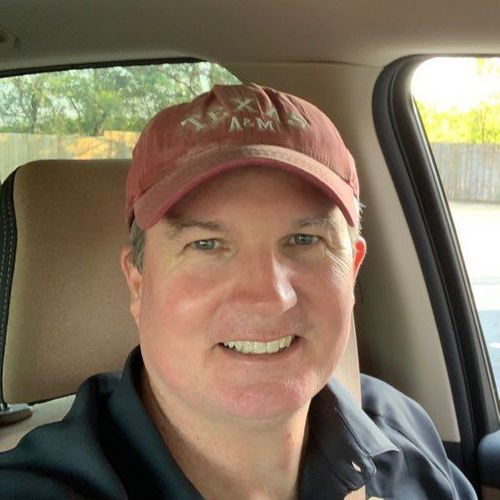 Bill was a dedicated husband, loving father, respected engineer and great example to me. I am thankful that we had a chance meeting at a campsite 25 years ago. Lauren, Becky and Barb, we are praying for comfort and encouragement for each of you.
Bruce Johnson
Friend
January 11, 2021
Such a wonderful man who will be so terribly missed. So proud to call him my long-time friend.
Love and God’s blessings to the family.
Renee Hill
Renee
Friend
January 11, 2021
Even though I never personally had the pleasure of meeting Bill, my husband Brian (Bill's brother) has told me some wonderful memories from years gone by. Brian has always been very proud of his oldest brother.
Lelia Anderson
Family
January 11, 2021
Bill was a true leader. His calm and listening management style was admired in the difficult field of aircraft design. He always made you feel respected. I am proud to have called him my colleague and leader.
Mitchell E. Ratzloff
Coworker
January 11, 2021
Bill, thanks for being a wonderful leader, mentor, and friend.
Randal Moore
Coworker
January 10, 2021
Showing 1 - 9 of 9 results